Remarks about the daughter’s body, clothes, sexual preference, or personal relationships with other people are some things that need to be stopped by a parent after she reaches a certain age.

Your mother is your portal to the world. There is practically no other way for that. From the time you open your eyes, it’s her face that you see. Growing up, people have different relationships with their mothers. Although young girls are considered to be closer to their fathers, a mother-daughter relationship is a totally different dynamic altogether. It can either be the best or the worst.

For a girl, her relationship with her mother is extremely crucial for her character development as young girls look up to their mothers.

We live in a growing and changing world. The world was a different place many years ago and since then, we have been evolving as individuals and as an entire race of human beings. Every other day I listen to some friend of mine rant about her mother to me. About how they are being over-protective or ‘old-fashioned’ or just cannot understand them or about how they’re being ‘toxic’ with comments like ‘Stop eating so much, nobody will marry a fat girl’, ‘Why do you want to be friends with boys!’, ‘No you can not go out wearing that!’

Impact of a mother

In this patriarchal society of ours, the father is the head of the family, whereas for all practical purposes, the mother is supposed to be the one bringing up the children, closely associating with them, and instilling the right values in them. Mothers are, in most societies, the primary parents in any heterosexual relationship, and so for a girl, her mother is the closest and first association with femininity and womanly values.

I didn’t realize until recently that mothers being constantly critical and comparative can leave the inner child of an adult hungry for reassurance and on a never-ending quest for praise and validation. Toxic mothers have normalized that love comes with strings attached.

Remarks about the daughter’s body, clothes, sexual preference, or personal relationships with other people are some things that need to be stopped by a parent after she reaches a certain age. It is okay to share an opinion, but it is important to understand where to draw the line.

Where forgiveness plays a part

I believe it is important to sometimes consider how your mother has also been a victim of historic patriarchy and toxic behavior all her life. If she has a certain type of mindset, it is because it has been fed to her since she was born. Nevertheless, it is a woman’s choice whether to be the one to end this cycle of patriarchal behavior and toxicity, introspect, realize, and amend such traits; or to be the one who passes on the same to her future generation. Some mothers try their best to bring about a change but stop short somewhere. And unless it is not severely harming you, the daughter, physically or emotionally, I feel it is okay to let it go.

Sometimes mothers fail to realize how problematic their actions are, especially towards their own daughter. Patriarchy, working in strange subtle ways. As much as modern women reject the restraints that held back our female ancestors, some ingrained beliefs still manage to creep in. With a new and more compassionate perspective, you come up to realize how small your trauma is in comparison to what has been passed down to your mother by her mother.

Seeing your mother as an individual, shaped by someone else’s parenting, gives you perspective. You finally see the generations of patriarchal parenting trickling down from your great-grandmother to you.

You have an important decision to make. To be the catalyst that broke the pattern. Because you have the opportunity to do that. Your mother may never have the chance to wipe out the debt she’s owed by her aged mother, and your grandmother probably never thought she had the right to even request it from hers.

Parents enforce patriarchy in their homes because they have been oppressed by it themselves, but hopefully learnt how to raise boys and girls differently from their parents. Also, your parents may not comprehend why change is necessary unless they recognize how patriarchy has ruled their life. Inquire about your mother’s unmet ambitions and why they were unfulfilled. Is it because her parents forbade it? Or were her in-laws putting her on a leash? Why didn’t she say something? Would she want her daughter to follow in her mother’s footsteps and keep silent? Not only moms, but also fathers, should be aware of their lives in order to assist them to comprehend that patriarchy is not a norm, but rather a system of enforced ideology-based power relations.

Once you have forgiven and forgotten and healed your inner self, it is time to be the one who brings about the change. All of us subconsciously carry a piece of invisible baggage passed on to us from the ones before; it is time to get rid of that baggage and make sure we are not the ones passing it on anymore.

It is easier to blame someone else and walk away free of guilt. But it takes courage and strength to be the one breaking the chain, making a more beautiful life for the ones coming after us. The most empathic person in this world is one who does not want others to go through what they have been through themselves. Forgiveness is the biggest sign of incomparable strength. 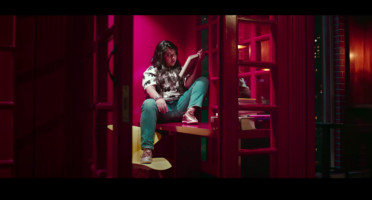 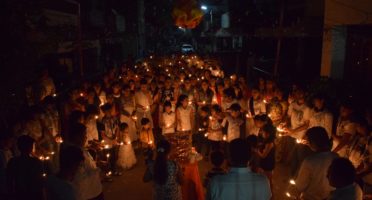 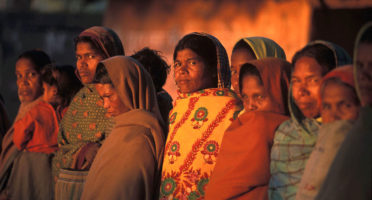