What? How did he simply walk away? That too after a marriage of 30 years ….Without wallet and belongings?

Mayuri sat surrounded by people, noises, and voices, yet nothing reached her. It was the fifth day since her world turned upside down.

Did they fight? Was the marriage strong? I thought it was! Who knows what goes on in a marriage?

It was just like any other day. She had woken up at around 7 AM and walked into the kitchen. The saucepan and a single mug were washed and neatly placed on the draining board just like every single day for the last thirty years.  Her husband had a penchant for waking up early and had his cup of tea before he started his day. In the early years of the marriage, the mornings were pretty hectic and the arrival of children added to the chaos. Retirement brought forth changes that were pleasant if not earth-shattering. He returned from his walk at around half-past seven carrying with him newspaper, just in time for Mayuri to walk into the patio with their respective cups of tea and they sat discussing the day’s news.  They had differing opinions on politics and they debated endlessly on it.

What about his children? Maybe, he was depressed! Is it possible that the children are not coming to visit their parents? This is what happens when we send children away to a foreign land. Loneliness, maybe? Or mental health issues? How little we know of others!

“Listen Mayuri! The children are happy living their own lives, just like how they need to. They talk to us every day and that makes you happy. If not for COVID, we make it a point to meet them every year. Get a life. Create a routine. Don’t mope around. You will make the children feel guilty.

Here come the police! Anything you can add, madam? Did he leave a letter? You say you checked…but can you see again? What was he wearing? You didn’t notice, you say! Yes, yes, I agree we hardly notice what our spouses wear. Did you not lay his clothes out for him? Can you check his wardrobe and tell us? No? Did you not shop for him?

Thirty years back, “go and hand over this coffee to Madhav,” Mayuri was told. She stood by his side handing over freshly brewed coffee to him by pouring little by little from the davara* to the tumbler* as she had seen the womenfolk in her family do. Madhav had looked quizzically at Mayuri and said, “hover around me if you want my company, not otherwise! I hate lukewarm coffee!” The same was the case when she laid out his clothes or stood by his side. She was glad that he was a self-sufficient man, unlike the men in her family.

Such a nice man!

It was as days went by that she realized that there was a part of him that she could never reach particularly the finances. He was a generous man but she hardly knew much about the investments or their financial health. A couple of times, she had asked him and he had been vague. Now when she thought about it, she realized the strange thing about old conversations. Sometimes, you remember the pauses in between sentences more, the sighs, even the expressions, even if you cannot see them or put a finger on them. He was getting immersed in philosophy, religion and she could never speak to him about that. She always put it down to his reticence but she remembered watching a movie where even a rational man is taken in by god-men or women. She wondered if he had joined an ashram leaving her alone and immediately felt guilty. Children had come home and swung into action. Every hospital and morgue was covered by them and the neighbors. Social media was very helpful, yet he was not found. She worried when there was rain, chill breeze, and the pandemic of course.

She sat hearing voices around her, not getting the closure she deserved. She did not know if his walking away was deliberate or was a victim of some foul play. As everyone searched for him, she sat among his belongings, neat, not a thing out of place as she meticulously searched for answers.

Image source: a still from the short film Everything is Fine

Chandrika R Krishnan, a Bengaluru-based writer and educationist likes all things beginning with a ‘T’ - talking, teaching, tales and tea. Her 300-odd published articles, poems and stories are eclectic and mostly experiential and read more... 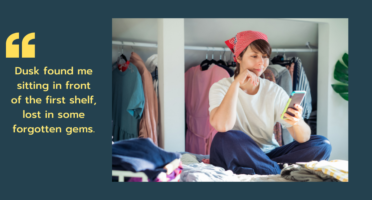 My Tussle With Marie Kondo To See If My Mountain Of Stuff Sparked Joy... Sigh! 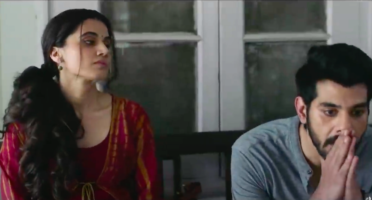 The Picture Of An Indian Divorce In 7 Spot-On Quotes... 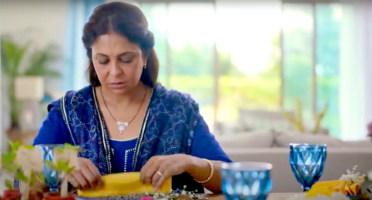 One Doesn’t Work Only To Earn, So Spare Me The Guilt Trip Prepare Your Sons For Their Marriage Too; It's Not Just Their Wives' Job!