"Have a baby, all your problems will be solved.” My mother counselled, and like an obedient daughter and like many other women who fall prey to this trap, I planned a baby.

“Have a baby, all your problems will be solved.” My mother counselled, and like an obedient daughter and like many other women who fall prey to this trap, I planned a baby.

Preethi Warrier is one of the winners for the November 2021 Muse of the Month, and wins a Rs 750 Amazon voucher from Women’s Web. The juror for this month, Anuradha Kumar commented, “This is a revenge story with a twist at the end! It was quite a fun read, but insightful in the way the writer depicts the woman’s simmering anger and resentment.”

The phone buzzed midway through an important client meeting, I noticed an unknown number and promptly cut the call. Saket was home and had his phone, everyone else could wait. The caller seemed persistent though, I answered when he phoned again at lunch.

“Hello!” I spoke rather irritated, but was met with complete silence.

“It’s me.” His voice startled me no bounds. “You have a moment or are you busy as ever?”

I noted the familiar sarcasm, but how did it matter? But if it was about Saket, I needed to hear him out. And send him packing immediately.

“Go on, but make it quick.” I pretended to sound uninterested, I was a tad bit anxious though.

“Papa has taken ill, can’t say how much time he has. He would like to meet him, Saket right?”

“No.” I declared firmly.

“Please, just for once. All of us here wish to put the past behind, and talk to him, know him better.” He stood his ground.

Put the past behind? Two decades of all that was said and done? It is a strange thing about old conversations. Sometimes, you remember the pauses in between sentences more, the sighs, even the expressions, even if you cannot see them.

Images flashed in my mind all of a sudden, memories I had deliberately locked away. A fairy-tale wedding, a so-called love marriage. He, a youth leader and me, an avid follower. My outgoing and bold nature had bowled him over, he had claimed. His chivalry and leadership had charmed me too.

Wonder where all that magic vanished a few months post marriage. How, a man who seemed to take the world head on, would lose his tongue before his family.

I could recollect a few snippets of what I was suggested, to be accepted by his folks.

“Beta, we allowed you to work, but women in our family return home on time.  What would people say if you work late every day? We are a respectable family, our son has political aspirations.”

“Western wear is fine for vacations, but here, in our house, women dress traditionally, especially with men around. Alright Beta?”

“Parents should train their daughters in household chores, your parents perhaps didn’t make an effort, they were fine with their daughter’s affair, weren’t they Beta?”

I would desperately look at my husband for help, only to be met with a cold indifference.

For the sake of my self-respect and my parents’, I countered. They would only respond with weird expressions or stony glares, but their expressions spoke volumes. I would lash out and that often worked against me, my words were supposed to be offensive.

“They are old, a little reserved. But they are just politely offering advice, did they ever raise their voice? What are you cribbing about all the time, it’s only you who speaks rudely around here. My father has political connections, we’ll be contesting from our constituency, do you want to bring disgrace to our family?” My husband schooled me when I expected him to understand. Apparently, he couldn’t cope with the very qualities he had fallen in love with.

Soon I realized the futility of speaking out, I couldn’t please them anyway, nor could I read between the lines. I would often overhear hushed comments or sarcastic giggles every time I made an appearance, so I locked myself out mostly, work helped me retain my sanity.

“Divorce, you know how society looks down upon a divorcee? Have a baby, all your problems will be solved.” My mother counselled, and like an obedient daughter and like many other women who fall prey to this trap, I planned a baby.

All hell broke loose, when a male colleague dropped a pregnant me home one night.

“So, you were with him every time you said you would be working late? Weren’t you always doing overtime a few months back?”

Just one remark and I had been blatantly accused of adultery.  Some shook their head mockingly, and the coward who called himself my husband didn’t bat an eyelid. Even when I packed my bags and left him for good, he made no attempt to apologise. That proved to be a blessing in disguise; his family made no demands for the child’s custody post our divorce.

Thankfully I had kept my job, I could afford a decent home and education for my son. It was getting increasingly difficult to stay with my parents, for quite some time they believed, I should have swallowed my pride and salvaged my marriage.

“Hello, you there?” I was jolted back from my thoughts.

“Why would your wife want to meet Saket?” I retorted. I knew he married soon after our we separated legally, they had been kind enough to post me an invitation.

“She wouldn’t mind, why would she? She’s been incapable of producing a male heir in spite of three children. And she obeys me and my parents, she isn’t as independent as you. So there’s no problem. He’s a teenager now, he needs a father more than ever, all we are asking for, is some quality time with him. He could bond with his father’s family as well, and take the family name ahead.” My ex-husband professed.

Finally, he had blurted out the reason for this new found love for his son, his bloodline to carry the ‘Vansh’ and his party ahead. Three daughters he had sired and he deemed none of them fit to inherit his political responsibilities. Some things never changed, I realized.

“Well? Just for some time then?” He almost begged.

“A small problem though. You remember how I would often stay up till late at the office, for overtime? With my male colleagues? Well, turns out, your mother had been right all along. Saket is not your son.” I smiled through my little dialog.

“Shameless as ever. And you are so sure.” He sneered, albeit angrily.

“Of course, I am. I’ve brought him up, I’ve seen him grow. He’s not yours, because unlike you, he’s a Man.” I cut the call forever.

Image source: a still from the film Raat Akeli Hai 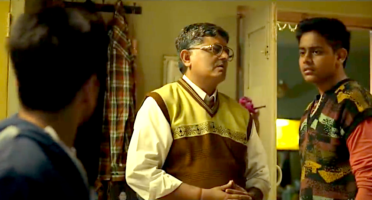 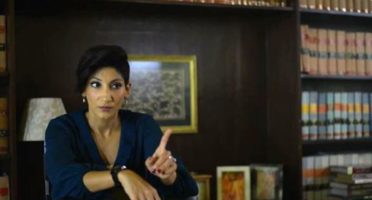 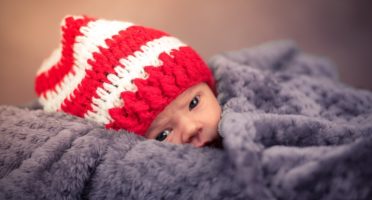 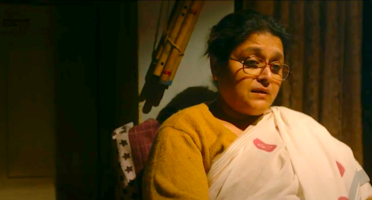 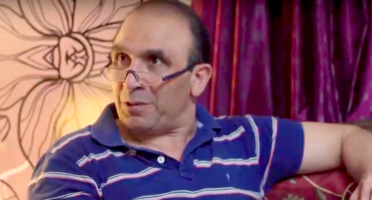