Education Equips Women To Face Challenges And Live Life On Their Own Terms!

We need to educate women to empower them so that they can always lead a fulfilling life, no matter what!

We need to educate women to empower them so that they can always lead a fulfilling life, no matter what!

Let’s talk about feminism today. What is feminism? Why is it a taboo subject most of the times? Do we even need it in today’s world?

Feminism basically focuses on the equality of the sexes. Mostly, it talks about the empowerment of women in general and its essence lies in smashing patriarchy in all its forms. It also talks about inclusion; that is inclusion of all beings, irrespective of their sex and also of their sexual preferences. So, in this article, I want to highlight the lives of three extraordinary women and their struggles and how they defeat their dragons.

Binita: a young widow who got a second chance at love

The first story is about a woman. Let’s call her Binita. She was living the life of a regular girl. Her parents got her married in a young age. She was happily married with a girl child. Everything was going well until her husband, who was in military achieved martyrdom.

Thus, she became a widow at a very young age. Her convent education helped her to get a job in a private school and helped her to cope with the grief, temporarily though. There, she met a guy who fell in love with her. Though she resisted at first, he finally gave her the chance to find her happiness again in life.

Richa: an ambitious woman who fought for her freedom

Now, let’s jump to the second story. Let’s call her Richa. She was a girl full of ambition. She was a college-going girl back then when an incident changed her life completely. She was abducted by a guy who wanted to marry her. She was then married to her abductor.

Her life became living hell. She was tortured both emotionally and physically. But one day, she decided to fight back and left them for good. They fought the legal battle, got divorced and she earned her freedom back. Finally, she let go of her past and nonetheless, found love again and got married again.

Sujata: the strong lady who built herself back from a crisis

The third story which I’m going to discuss today is the story of a hard-working, well-educated woman. She came from a well-to-do family. She completed her master’s and got married to a guy chosen by the family. But the couple definitely fell in love and so, everything was going very well. They were expecting their first baby.

The whole atmosphere was joyous. Her husband and father-in-law went to the neighboring city for the necessary shopping for welcoming the child. But just before reaching their native place, they met with an accident and everyone was dead on the spot. This news was as devastating as it could be. Finally, the child came and she became the source of strength for her mother. Sujata, the protagonist of this story, is a woman of strong character. She decided to get a job with the education she had. She decided to live her life for her daughter. She didn’t let one accident decide her fate. She is an embodiment of true empowerment. She and her daughter complete each other.

Let’s educate women so that they can live their lives independently and on their terms!

These three stories I’ve written here are inspired by real life women. I find the three stories, sources of inspiration for other women who don’t let society define their fates but instead, take their lives into their own hands and choose to live a happy life after experiencing a great loss in their respective lives.

In the first two stories both the women could not get to chance complete their education which left them with very few options to restart their lives. Luckily, they found love in their respective partners after losing their first husbands.

Let’s talk about the importance of education in a woman’s life. It helps them live a life on their own terms if they just have the courage to do so. Financial independence is a key factor in everyone’s life. When a woman is given the chance to educate herself, it gives her many options and shields her from the future challenges. Marriage doesn’t ensure a safe and happy life always, but with proper education, a woman can always be better equipped for facing the challenges of life. A second marriage may be an option but marriage for the third time is quite far-fetched.

So, let’s educate our women so that they can live their lives on their terms. Depending on others will solve the problem temporarily but definitely not eradicate it. Let’s equip our daughters with proper training that will help them live a fulfilling life, regardless of whatsoever life may bring to them! 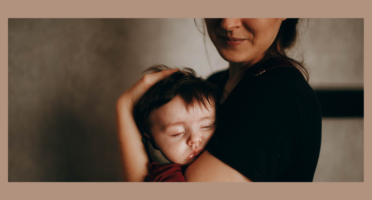 Please Help Me Get My Rights As A Working Mother!