In the summer of 2020, Subarna Ghosh hit the headlines by sending a petition to Prime Minister Narendra Modi. With India under lockdown for COVID-19, the work-from-home culture had become the order of the day. 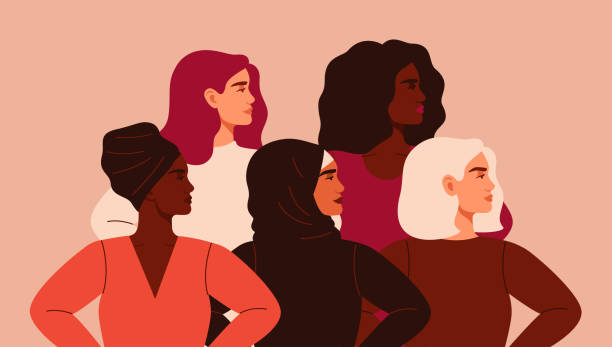 In the summer of 2020, Subarna Ghosh hit the headlines by sending a petition to Prime Minister Narendra Modi. With India under lockdown for COVID-19, the work-from-home culture had become the order of the day.

Having to juggle between her professional commitments and household work, Subarna felt that there was too much on her plate. She therefore requested that the Prime Minister intervene and ask the men to take responsibility for the chores at home to make it a fair share.

Subarna’s step was indeed pathbreaking. Otherwise, be it in the professional or personal spheres, how many women do ever ask for help? The answer is: very few! This mindset is not just confined within the Indian diaspora but is a trait observed among women in general.

What deters women from asking for help is the feeling that they might be judged as weak, incompetent, or un-smart. Meaningful conversations have taken place on this subject as to why this happens and why it is important to rewrite a new story. I am sharing a few of these perspectives that I have found very impressive.

There is no harm is asking for help, our vulnerabilities make us human

A very interesting discovery comes to light in one of the episodes of Oprah’s Lifeclass show with professor and storyteller Dr. Brene Brown. Having done extensive research on the subject of vulnerability, Brown asks the audience: “How many of you are comfortable asking for help?” There were very few who raised their hands. However, there were plenty of raised hands when she asked how many of those present would rather give help to others rather than ask for help.

Dr Brown shares her verdict which comes as a surprise but is nothing but the truth. She says: “When you cannot ask for help without self judgment, you are never really offering help without judgment.” She summarizes by saying that when one tries to extract worthiness for helping others, that is judgment. Offering help by placing oneself in the other person’s shoes is human connection, and that’s vulnerability.

Vulnerability, according to Brown, is not a weakness but rather a strength. Having the courage to ask for help and modeling one’s vulnerability pave the path for a positive ripple effect.

Women need to get out of the “I Got It!” syndrome

Media entrepreneur Elayne Fluker is a long-term advocate for women’s mental health and economic empowerment. The host of the Support is Sexy podcast, she recognizes that women have done a fine job in proving their excellence in the corporate world and in managing households. However, this resilience itself is like a double-edged sword because it is this drive and devotion towards others that restrict them from asking help for themselves.

According to Fluker, the reason why many women end up being depressed, isolated, or unfulfilled has its roots in not reaching out to others. She encourages women to build networks and seek help. One episode of her podcast is titled Remove Your Mask and has as its guest  the CEO of Nonprofit HR, Lisa Brown Alexander. The conversation centers on how important it is to not put up a pretence that all is well. Alexander talks about unmasking oneself, getting the support that is deemed necessary, and thereby prioritizing mental health. She drives home the point that it is perfectly fine for women to allow themselves to be vulnerable, soft, and human.

Fluker’s new book Get Over “I Got It” says it all. The long subtitle summarizes what message she wishes to convey. It’s an appeal to ambitious women who need to stop playing superwoman by thinking of achieving their goals all by themselves. Instead, they need to build a strong support network and meaningful connections for long term success and peace of mind.

“Asking for help is a strength, not a weakness,” says Michele L. Sullivan

One of the most motivating TEDx talks ever is by author and social impact advisor Michele L. Sullivan. She has had an outstanding business career and was the first female president of the Caterpillar Foundation. Born with a rare form of dwarfism, Sullivan said that being just 4 feet tall as an adult always enabled her to see the bigger picture.

Sullivan believes that we are all a part of each other’s support systems. Looking up to others for help did not prove in any way that she was weak. Rather, it spoke volumes about her determination, optimism, and her diehard willingness to fulfill her goals. In spite of being in vulnerable situations because of her physical disabilities, she has braced her way through with the generous help that she has received. To quote her, “With compassion, courage, and understanding, we can walk together side by side.”

An article in Harvard Business Review, titled “Nice Girls Don’t Ask” meticulously analyzes why inequality exists in the workplace and points out the reasons for this bias. Research shows that one reason why women get paid less than their male counterparts is because they do not ask for more. In case of a better job offer coming their way, women simply quit their current job and accept the lucrative choice, rather than using it as a negotiating tool.

Looking at households, another story unfolds to explain why women take it all on their shoulders. In the family ambience, the age-old belief that women are the caregivers is engrained in the minds of many. In their attempt to satisfy others, they struggle behind the scenes and refrain from seeking a helping hand.

It is time that the narrative changes. Striving towards excellence does not mean achieving the goal by doing everything alone without asking for anything in return. Be it in the personal or professional front, women need to be assertive.

All talks about female empowerment and equality are meaningless if the initiative does not come from the women themselves. They need to garner the confidence and take the step forward to ask for all that will rightfully enrich their lives. Resigning themselves to accepting all what comes in their way and not seeking support will simply slow the speed of progress and be a major roadblock in the route to happiness.