The Journey of Corsets From Societal Pressure To A Fashion Choice!

“The corset that she wears is to hold her broken heart gripping tightly at the pieces for they may spill apart.”

The American television period and costume drama Bridgerton, with a viewership of 82 million households, has become the most watched series on Netflix. This series has definitely created an irresistible gambol in the minds of the spectators especially with their flamboyant regalia, especially corsets, making this sexy undergarment extremely popular amongst all age groups.

But were the corsets developed to accredit the women in the past or was it a medium of torture and the rise of fake body standards? Bringing us to our main topic “corsets” and their journey from then to now.

The social saga of corsets from 15th century to 20th century!

The corset is an undergarment worn to hold up the torso in a “desired shape”; a smaller waist and larger hips and to support the breasts and have evolved over the years depending on the era and geography.

15th century:
The earliest known corset, called the “cotte”, which means “on the rib” was worn in France in the early 15th century, where the affluent French ladies aspired for thinner waistlines, but these cottes were worn as an outer garment which left the breasts exposed. It was a trend which was started by Agnes Sorel, a mistress to Charles VII of France, and was then adopted by the other French ladies.

16th century:
The initial development of corsets can be traced back to Italy. In the 16th century, an influential mark in the fashion industry was made by the French aristocrat Catherine de Medici by banning “thick waists” at courts.

The type of corset worn in that era was a tight, elongated bodice that was worn underneath the clothing and were laced together in the front or the back. This corset was seen as “indispensable to the beauty of the female figure.” Different countries formed their own variants of corsets; the Spanish corsets were supported in the front by a “busk” (a vertical wooden spoon).

The English Tudor corset was formed of iron. Queen Elizabeth I had formed the “Elizabethan corset”, which gave emphasis to the waist. Certain corsets had shoulder straps that ended in flaps at the waist which flattened the waist which in turn, pushed the breasts upwards. This look emphasised the flatness of the front bodice and the curving tops of the breasts that peeked over the top of the corsets.

17th century:
The corsets in this era were worn as underwear as well as outerwear, and linen and whalebones were mostly used. They ranged from high to low necks and also had detachable sleeves. Exposing the breasts was amongst the aristocracy, a status symbol and a sign of beauty in the west.  The front of the corset was typically covered by a “stomacher,” a stiff, V-shaped structure that was worn on the abdomen for decorative purposes.

18th century:
The 18th century brought rise to the inverted-cone shaped corset leading to a more constricted shape. The corsets were made from stiffened materials, and the main purpose of the corsets of this era was to raise and shape the breasts, they were long waisted, with a narrow back and wide front. These corsets were comparatively quite more comfortable, as they gave breathing space to the wearer.

19th century:
Early 19th century corsets were long, soft and came in a much more natural shape and were high waisted made from fine silk and muslins. Bodices began to be tighter fitting, and skirts were full and bell shaped giving an illusion of a smaller waist.

There were mainly two types of corsets in this era – Victorian and Edwardian. The Victorian fashion did not look much into the comfort of the wearers. It was an hour-glass shaped corset which compressed the abdomen and was very heavy; while the Edwardian corsets, also known as “health corsets”, allowed the women to breathe and was designed to support and raise the abdomen.

20th century:
Corsets during this time period used a straight busk and front, but they did not intend to compress the waist, but to exaggerate the bust and hips and to minimise the abdomen and hips. A top-heavy appearance was sought after, as women wanted their bust to be emphasised, and the rest of their torso to measure in the same line. To achieve this, corsets no longer came up to support the breasts but ended just below the bust line.

From functionality to fashion; having a choice makes all the difference!

Due to the lack of supplies after the War, women’s fashion began to evolve into simpler lines. Looser shapes, with a straight silhouette from shoulder to hem became the norm. It also allowed more freedom of movement.

Corsets were designed to slim the hips and thighs as much as possible, worn under the bust to the mid-thigh. These simpler styles were designed for a lower bust line, with lighter boning at the front and back.

Corsets, have today become a statement of choice and liberation for people all over. From casual, to formal, to ethnic, to chic, corsets have become an integral part of women’s wardrobes. They are a fashion statement today, and not a necessity; though we all still are constricted by several physical and societal barriers which we need to break through.

A full-time procrastinator and feminist, and a part-time tech student. read more... 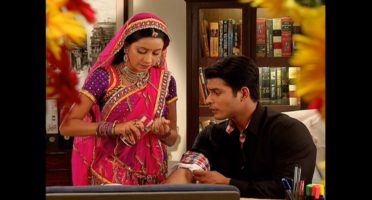