Our Ancient Customs Celebrate Women’s Menstrual Cycle. It’s Time We Normalize Periods Beyond The Days Of Celebrations Too!

Indian families still treat a woman's menstrual cycle as a hush-hush affair. Let's be inspired by our ancient rituals that are contrarily progressive & celebrate menstruation!

Indian families still treat a woman’s menstrual cycle as a hush-hush affair. Let’s be inspired by our ancient rituals that are contrarily progressive & celebrate menstruation!

The mornings swell up with the aroma of Poda Pitha, Manda, Arisa Pitha, Chakuli, Chandrakala, Kakara Pitha. Walking on the streets of the Jagannatha land, one can find swings suspended from the tree branches surrounded by cheery girls chatting and playing.

Decked in beautiful new costumes with their feet adorned in alatha (a red-coloured liquid cosmetic), little do they realize the significance of the festival that celebrates menstruation. The very term ‘raja’ owes its origin to ‘rajaswala,’ meaning menstruation.

In mid-June, Odisha is engrossed in the ‘Raja’ festival that spans over three days. All three days of the festival are considered to be the menstruating period of Mother Earth. Centuries before the world could accept discussions of menstruation,  Indian festivals were celebrating this procreative blood.

These rituals infuse confidence among women in embracing their feminine identity and aiding them to find their strength in themselves. Is it not time that we normalize menstruation and accept it beyond the days of celebrations too?

What is really regressive-our customs or mindsets?

While taboo associated with periods among the Indian households sweeps it under the rug as a hush – hush affair, these rituals indicate the ancient Indian culture to be contrarily progressive. All these rituals owe their origin to scientific reasons, laced in spirituality to encourage the acceptance of re-delegated taboos. While modern thought  alleges Indian customs to be regressive, these celebrations indicate otherwise.

However, the challenge of awareness and acceptance of period talks in the presence of menfolk is undeniably real. While the blind veneration of everything ancient to be obsolescent is true to most circumstances, we must acknowledge that some were far more modern and empowering.

With these socio-religious norms, it is important to bring into the spotlight the need for liberation and acceptance to propagate gender justice and inclusion on the ground.

Every woman has the right to bleed with dignity

In 2017, The Menstruation Benefits Bill was introduced in Lok Sabha to provide certain facilities to female employees during menstruation at the workplace.

It provides for the regulation of working hours, establishment of crèche facilities, duty to inform the benefits, right to self-perception of menstruation, redressal of grievances about menstrual leave, and punishment in case of violation.

It also provides for a ‘uniform period leave policy’ intended to address the stigma associated with menstruation at the workplace, among co-workers, and society at large.

Additionally, the draft National Action Plan (NAP) 2020 on business & human rights by the Union Ministry of Corporate Affairs acknowledges and recognizes the need for rest hours and unrestricted access to sanitary toilets during menstruation.

It is high time to further the actions upon these policy proposals. The right to bleed with dignity is an integral facet of the right to life and stands denied as long as policies remain merely on paper and the stigma unaddressed. 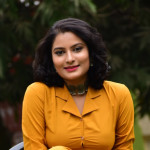 The author is a legal professional. She is also a member of the academia at Harvard Business Review and Cambridge University Press. read more... 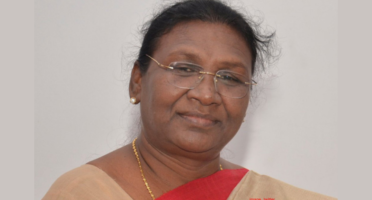