Don’t Miss Out On Any of Our Best Reads, and Contests. Register Now!
Women's History

Every Woman In Love Desires To Be Amrita Pritam!

Amrita Pritam's bravery was found both in her pen & in her life. On her birth-anniversary, we celebrate the iconic poet-author!

Amrita Pritam’s bravery was found both in her pen & in her life. On her birth-anniversary, we celebrate the iconic poet-author!

Who is not familiar with the name of famous poet-author Amrita Pritam? Her life has always been like an open book. A book in which everything is truthfully written. No adulteration, no deception, no fantasy. I had translated her novel ‘Pinjar’ into English and requested her to tell me more about her life and Sahir in return.

“Sahir is the sky for my life and Imroz is the roof of my house” – Amrita Pritam. Amrita got married to Pritam at a young age, and then after becoming the mother of two children, Amrita searched for love in Sahir and found love in Imroz. Nevertheless, Amrita always associated herself with Pritam’s name.

Born on August 31 in Gujranwala, Punjab, Amrita was the first  woman poet of the Punjabi language.

Amrita Pritam was a woman with a strong voice, which women were not encouraged to have in that era. Even if some women had such a voice, it never came out of their throat. But Amrita had not one but two weapons to raise her voice and express herself. One her voice and the other her pen.

Amrita never restrained her pen. She wrote flawlessly and spoke without fear. She fell and drowned but bravely loved. The unjust restrictions created by the world could not bother her. 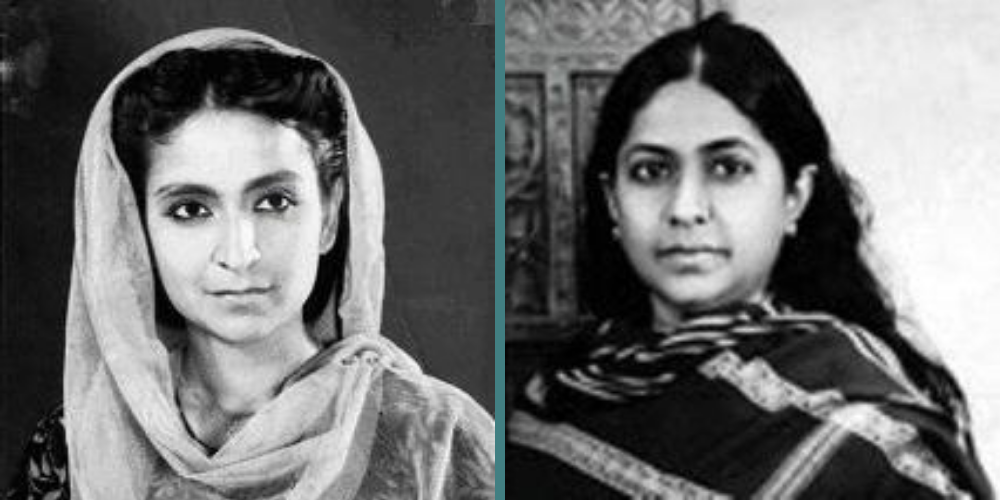 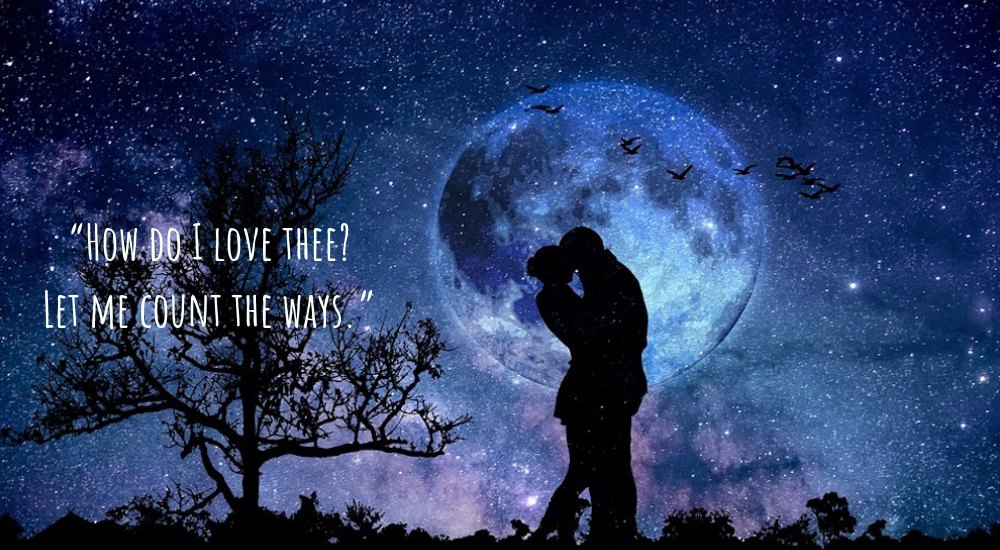 She started writing in her teens. She used to write poems, stories, novels, and memoirs. Where has anyone ever written before the complexities of the relationship between a man and a woman from a woman’s point of view?

“If any girl, Hindu or Muslim, reaches her home, then understand that the soul of the priest has reached the home.”

In Pinjar, Amrita, through these lines, had narrated the pain that every woman gripped by religious riots in Punjab during Partition had suffered. Amrita’s pen was the voice of every woman.

Amrita had introduced feminism in the 70s itself!

In the 70s, where tales, stories, or films were introducing only the form of a fearful, or ideal woman, Amrita was busy creating a new and powerful form of a woman.

His novel ‘Dharti Sagar Te Seepiyan’ was adapted into a film titled Kadambari in which Shabana Azmi played the lead character. In this film, the heroine loves unconditionally and when her lover wants to bind her under conditions, she rejects him and chooses a new path for herself.

This strong character of the woman was a shock to everyone at that time. But Amrita’s thinking was way ahead of her time.

Every woman in love wants to be Amrita!

Amrita never kept her life and relationships hidden. The world and society could never come in the way of her heartfelt desires. In her autobiography ‘Rasidi Ticket,’ she openly expressed her love for Sahir Ludhianvi. It is another matter that Sahir could never understand its importance.

Sahir broke her heart. She met Imroz and got the love she deserved.  Despite beign married, Amrita spent her life with Imroz without worrying about the world.

It was in 1966 that Amrita introduced us to live-in relationships. Imroz used to call Amrita his society. Imroz kept falling in love with her and Amrita kept writing ‘Ishq’. In the book ‘Amrita-Imroz Ke Khaton Ka Safarnama’ we can read the best love letters that Amrita wrote to Imroz and Imroz to Amrita. There are only a few lines in every letter, but each letter is filled with a thousand emotions.

Society does not tolerate when both these qualities, free-thinking and free speech are present in a woman. Qualities suddenly turn into de-merits. Amrita wrote 100 books including the pain of partition, relationships, love, and much more. She received many honours. But with that came a lot of criticism.

Criticism for a woman first weaponizes her character and then her work. Amrita had opened up opportunities to question her life and character, but she was fearless. Even after receiving the Sahitya Akademi Award in 1957, there were always critical comments on her writings.

In his famous article for the magazine Outlook, Khushwant Singh wrote in 2005, “The characters in her stories never came to life.” Amrita’s poem ‘Ajj Aakhan Waris Shah Nu’ immortalized her in India and Pakistan. It is these 10 lines that make her immortal.

I had translated her novel ‘Pinjar’ into English and requested her to tell me more about her life and Sahir in return. I was very saddened to hear her story. The way she won the Sahitya Akademi was also a disappointing story. It was only after this criticism that Amrita wrote her autobiography in the form of Rashidi Ticket.

We need Amrita in every woman!

Sometimes I think how would it have been if Amrita Pritam was not in that era but today’s era? Well, any century is the same for women. Freedom, openness, progress, change, and equality are all just talks in the air. But the truth is that Amrita would have struggled as much as she did in her era to highlight the injustice and oppression even today.

But Amrita should exist even today! In some form or the other, we need Amrita inside every woman.

Live your life for yourself, make your own decisions, embrace their consequences and never fear. To live with gusto and fearlessness, to love fearlessly, and to cherish your self-respect. This was Amrita, a strong, fearless, and loving woman! 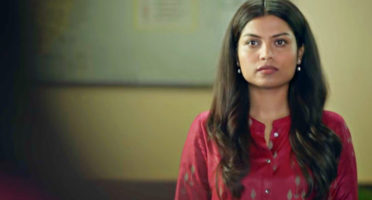 Sulli Deals: Who Are These Monsters Putting Up Women 'For Sale' Online?

Here we list 5 early feminists of India; women who fought for equality long before feminism became a buzz word.

Here we list five early feminists of India; women who fought for equality long before feminism became a buzz word.
Let me start this piece with a question? Name the first person who comes to your mind when I say the word feminist. Now another one, someone who was seen as ahead of their time. One more. Hopefully that was an inspiring exercise. Here are some more feminists with inspiring stories. This list is in no way an exhaustive or representative list. So take a moment and tell us in the comments section who we should add to this.

Amrita Pritam was a writer and poet and wrote wonderfully in both Hindi and Punjabi. She was the only child of her parents and her father was a school teacher and poet. Her work reflected the trauma and tragedies of the partition as well as evolved with a more feminist perspective over the years. She was a bold writer, who produced over 100 books such as Pinjar  that continue to inspire people till today as well as poetry such as I Call Upon Varis Shah Today. She was the first woman to win a Sahitya Akademi Award and later also won the  Bharatiya Jnanpith literary award. She also received the Padma Vibhushan, the second highest civilian award in India.

Savitribai Phule was a poet and social reformer, who worked for women’s rights while India was under British rule. Along with her husband, she founded the first school for women, located in Pune and taught as well. She was an outspoken critic of caste discrimination and other social evils that existed in society. She also worked to provide services to pregnant women and children who were orphaned as well as treat victims of plague.

Sarala Devi Chaudharani founded the Bharat Stree Mahamandal, considered to be the first women’s organization in India with branches in multiple cities. The aim of the organization was to promote education for girls, running counter to the prevailing trends in society. She was one of the few women graduates of her time as well as a political leader in Bengal.

Sarojini Naidu is a familiar name and is often cited in textbook as The Nightingale of India. She is known for both her resonant poetry as well as outspoken activist work for India’s independence. She was the first woman governor of an Indian state as well as the first woman president of Indian National Congress. Her marriage to her husband was outside her caste, an uncommon practice in those times. She helped establish Indian Women’s Association and traveled widely to give talks and lectures. Her family members were also educators, poets, activists and revolutionaries.

Tarabai Shinde, who was an activist and author, is known for her text ‘A Comparison Between Men and Women’ , thought of as one of the first feminist texts. It was and continues to be controversial for questioning religion and scriptures. She was a strong critic of patriarchal practices as well as caste-based systems. She was known to be fluent in English, Hindi, Marathi as well as Sanskrit, which was considered exceptional and unusual in those times for a woman. She was also involved in promoting girls education.
Who else can you think of?
Cover images via Wikipedia
Read More
Books