Don’t Miss Out On Any of Our Best Reads, and Contests. Register Now!
Sex & Sexuality

People Ridiculed And Branded Me A Tomboy!

My ‘tomboy’ behaviour was called a passing phase till I finally came out and identified myself as a non-binary, gender-fluid person. “Aunty, people around branded me as a tomboy,” said my friend’s daughter. Here is why she said that… “On turning ten, the number of skirts, frocks, and other dresses in my closet started dwindling. In […] 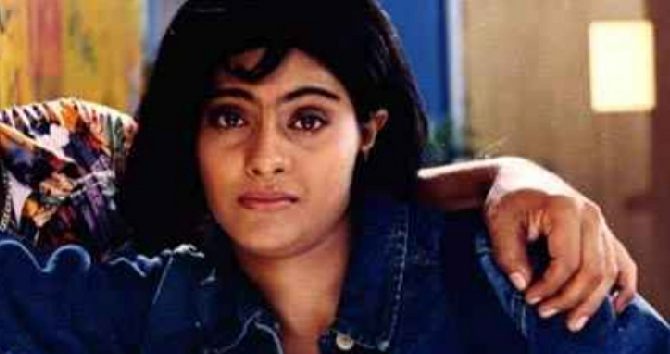 My ‘tomboy’ behaviour was called a passing phase till I finally came out and identified myself as a non-binary, gender-fluid person.

“Aunty, people around branded me as a tomboy,” said my friend’s daughter. Here is why she said that…

“On turning ten, the number of skirts, frocks, and other dresses in my closet started dwindling. In a declaration of my unique identity, demands for more T-shirts and shorts started increasing. According to Merriam-Webster dictionary a tomboy is a girl who behaves in a manner usually considered boyish.

My ‘tomboy’ behaviour was called a  passing phase…

I shortened the length of my hair when I visited the parlour for a haircut. My mom was sitting silently beside by me, with her face buried in a book, to hide her highly perturbed look! This was the time which marked the starting point of the tag “tomboy” which was attached to me.

My parents were all out to convince our friends and relatives that my tomboy behaviour was “just a passing phase” and that I would soon grow out of it. At parties, my huge collection of dolls from several countries was often mentioned, to imply that I behaved just like any other girl of the same age as me.

Soon my classmates of the all girls’ school, where I was studying, began to question me about my likes which were different from theirs. On the day of the reopening, my friends showed off their Disney Frozen Elsa sequins and flower printed bag packs, whereas mine mostly had Marvel Avengers, Spiderman and Ninja Turtles.

Then again, their favourite colour was always pink and mine was blue.  Why is blue always considered a boy’s colour? This has always been the norm, when in our growing up years we were all conditioned to demarcate blue versus pink.

As children, we were made to believe that there are remarkable differences between boys and girls with regards to their behaviours and preferences. We are made to think that these were bestowed in the womb itself.

This trend continued at school in the form of bullying and the end of this particular “phase” was awaited at home. As years went by, it so happened that I did not grow out of this phase! Several more traits began to strengthen my distinctiveness as a ‘tomboy,’ more so amongst the people with whom I was constantly associated.

As a matter of fact, I felt very comfortable sitting with my legs spread out and well stretched. This  invited many caustic comments with the most often repeated comment –“now, now, cross your legs while sitting, behave like a girl.”

I have been admonished several times for talking out aloud or for the grunt when I laughed because it is not considered lady-like. The odd feeling of degradation and awkwardness was there in me throughout my childhood and teenage years due to my inability to behave like a girl.

I managed within the limits of the normative gender binary (adhering to the ideal standards of masculinity or femininity) for years, chastising myself for being more a boy than a girl and causing chagrin and distress to my family.

My frenzied search for a place where I could be my normal self without any judgment from the outside world led me to track down to a social blogging site and it was here in this world of fanatics, queer ships, and re blogging that I came to know briefly about the complications of sexuality and gender.

On turning 18, I opened up to my mom. Feeling edgy and agitated, I waited restlessly for an attack of anger and bitterness but it did not happen. I got the most unexpected response of a cordial and accepting smile on my Mom’s face.

But her reaction need not have come as a surprise to me though. She was the very first person to comprehend and notice my preference for certain types of clothes which was a part of me just as my special liking for ladoos.

Surrounded by ‘awakened’ guys at college, I decided to make my sexuality known to my classmates during the self-introduction class. No one made a mockery of me, nor did they scorn at me. All of them stood by me for my boldness and courage.

Their approach was positive and they asked me whether I identified myself as only non-binary or as transsexual too. I went into the details of the term to which they listened with rapt attention.

On learning about ‘gender theory’, I came to know that convictions of masculinity and femininity had very little to no correlation at all with biology. And these notions were purely societal in nature.

When I read Simon de Beauvoir’s quote “One is not born, but rather, becomes a woman” it struck me due that behaving like a boy or a girl was not fully related to natural instinct.

Feminist icons and gender theorists like Simone de Beauvoir and Judith Butler, present an enigmatic picture of liberation of human beings. It is through them, where women struggle against the apparent disadvantages of the female body, that I realized why I was classified as unfeminine by society.

It was comforting to know that the perceived disparity between my sex as female and my individual views of said womanliness was not out of place at all.

What exactly is the meaning of non-binary?

Our society, in general, perceives just two genders–female and male. Non-binary is a single term used by people to describe genders that are not within either of these two categories.

Non-binary people are usually born with bodies that may fit into the typical definitions of male and female, but their inborn gender identity is totally different than either male or female.

Non-binary people may identify as somewhere between female and male on the gender spectrum, and do not identify fully and exclusively as a woman or a man. Also, nobody can tell if someone is non- binary by just looking at them.

Well I am a non-binary and I identify myself as gender-fluid, which means that I have a desire to be flexible about my gender rather than identify as a single gender.

Many a times, I have been chided for talking too loudly or for the snort in my laugh. I have been asked, “Why don’t you dress up or wear make-up like us? Are you not interested in trimming your eyebrows, doing facial, pedicure, manicure etc…. you will look so beautiful .” Several people would not refrain themselves from telling me that they would like to see me in a dress in get-togethers.

My answer to their questions is -“Well, I do not prefer to profess my gender identity in conventional and accepted ways.” This answer leaves most people puzzled and they do not proceed their conversation with me.

In today’s times, there is lot of conversation going about bisexuals, non-binaries, gender identities and alternative sexualities…Then why does my preference and behaviour  create such furore and bafflement?

I have sought answers to this question from websites to books to research papers to cinema. We do understand the umpteen number of ways in which gender identity may be expressed. But as a society, we still heavily on generalizations. I do hope I find my answer one day!”

16th to 27th August - Introduction to Creative Writing, with Piyusha Vir: An ideal course for anyone who wants to begin writing or has just started their journey of becoming a writer.

27th August- Pandemic Parenting: Enhance Communication Skills with your child, with Priyanka Roy Rudra: How to communicate better with your child during this stressful phase and help them cope with this difficult time

28th August- Financial Awareness - Why it matters and how money skills helps, with Neha Parmar: A brief understanding of the Dos and Don’ts of healthy financial practices, and how to plan your financials

Chronicles Of A Tomboy

If You Wanna Suggest Tidying Up My Room Or Myself, ‘You’re A Girl’ Is Not A Good Enough Reason!