The women of Parched (2016) delight us, with their solidarity with each other at every step, even if their friendship is not entirely expected.

The women of Parched (2016) delight us, with their solidarity with each other at every step, even if their friendship is not entirely expected.

Most of us grow up hearing a very typical notion that, unlike men, two women can’t be best friends, they always envy each other. Director Leena Yadav’s 2016 movie, Parched, has done a great job in debunking this age-old sexist and irrational stereotype that women tear other women down.

The four protagonists of Parched have had each others’ backs throughout, irrespective of their gender. What surrounds them is a constant feeling of love and solidarity, trust and care, a kind of barbed wire that keeps out the double standards of society away.

This women-centric film has multi-dimensional aspects, but the director has managed to subtly station the unplanned friendship among the four as supreme. Their ultimate flying away to freedom has been artistically portrayed, thanks to the splendid cinematography of Russell Carpenter.

A tug of war between the patriarchy that threatens to gulp them down and a dream of promised emancipation, Parched is the story of every woman at some point in her life. A story of three women

The story is written against a backdrop of a patriarchal society in a fictional village of western India. Rani (Tannishtha Chatterjee), a 32-year-old widow, is very dutiful to her only son and bed-ridden mother-in-law. An unyielding social setting has rendered her heavily indebted in order to marry off her arrogant teenage son, Gulab (Riddhi Sen).

Rani, a mother at 14 and widowed at 17, has come across two men in her life – her husband and her son. Both appear to be enmeshed in inter-generational toxic masculinity. Misogyny is so imbibed within Gulab that the beauty standards of a woman are relegated to her long, beautiful hair. He doesn’t have a single qualm at objectifying his wife’s body parts with his peers.

The movie’s other protagonist, Lajjo (Radhika Apte) is a naive and honest village woman, quite skilled in handicrafts. A docile Lajjo is a victim of a failed marriage and receives daily abuse and torture from her alcoholic husband. Living in a society that glorifies motherhood, she thinks herself worthless on account of being infertile. Her prejudiced mind is not ready to accept that men can be barren too until she is shown differently by Bijlee.

The third protagonist, Bijlee (Surveen Chawla), on the other hand, is a local dancer, entertainer, and sex worker, who is outspoken about control over one’s own body. The hypocrisy of the male-oriented society has been patently outlined through Bijlee’s eyes. She is desired at the darkest hours of the night but her bountiful presence at her best friend’s son’s wedding reception is frowned upon.

Standing up together, for one another

The movie is about the trio’s profound friendship swimming against the societal tide. They never realize how with their own whims and fancies the friendship turns into sisterhood. Whenever the obnoxious male gaze makes them uncomfortable, they seek solace within one another.

Only Rani’s tender touch can heal Lajjo’s bruises, trauma, and exhaustion. The more society shackles them, the closer they cling to each other. Each turn of the wheel of Bijlee’s vehicle gives them a whiff of freedom and slivers of joy beyond the social tyranny.

Rani welcomes her daughter-in-law Janaki, (Leher Khan) who was also a victim of marital rape, into this joyride. These apparently submissive women openly talk about sexual pleasure, the exercise of agency over one’s own body. They question the myriad of abuses and names set by this society, demeaning and derogatory, specifically to women.

In the vibrations of a cell phone, Rani and Lajjo discover the sexual pleasure potential previously unknown to them. Bijlee helps Lajjo transcend all socio-ethical dilemmas, to have sexual intercourse with a person other than her husband, to come out of all sorts of self-doubts and stigma. Bijlee discloses Gulab’s bearish approach towards her for sexual favours and how she has shunned him. But, it can’t debilitate the rigid pillar of their friendship.

The firm voice of a powerless, rural, widow woman reverberates over the historical male oppression when Rani clearly tells her son to prepare his own food as they’re really enjoying quality time at their ‘Girls’ Day out’. Rani, already devastated by her unruly child, sets her daughter-in-law free with her lover, ensuring her further education. In this journey of self-realization, she understands that every confinement needn’t have a cage or a chain.

As the poignant storyline evolves, the characters always have to walk an extra mile to find that ray of hope at the end of the tunnel. The idiosyncrasies are always intertwined with their eventual escapism. A distinct narrative of ‘With one another, for one another’ echoes throughout the movie.

Stand up, speak up

This movie calls for a discussion on the acute social ailment that is patriarchy.  It rises out of historical male dominance and systematic oppression over women. It can pierce anyone irrespective of gender. There are many women who unknowingly carry forward different traits of patriarchy, as well as many men who suffer owing to this.

A person of any sexual orientation who doesn’t fit in the societal definition of ‘masculinity’ or ‘femininity’ is considered deviant.

In the wake of increasing crimes against women, it is the call of the hour to decimate patriarchy at its root and establish gender equality. We have to hold each others’ hand to debunk the idea of women tearing down other women. We have to seek each other’s help, we have to reach out to each other too. We have to speak up, stand up and help others to raise their voice to fight for themselves. We have to dissent whenever the mobility or ‘way of living’ of a woman is conditioned in the name of their safety. We have to dismantle all those complexes like ‘women are too complicated’ which try to disorient and divide women on the basis of their gender. We have to fight back patriarchy together. After all, ‘gender’ is only a social construct.

Image: A still from the movie Parched

She presently works as Young Professional in RGAVP after completing her post-graduation from TISS, Hyderabad. She works in rural Rajasthan to empower women, to eradicate poverty by enhancing their livelihoods and to orient them read more...

Female politicians, unlike men in power, don't usually have a spouse to handle everything for them. Instead, female friends are critical to their lives. Female politicians, unlike men in power, don’t usually have a spouse to handle everything for them. Instead, female friends are critical to their lives.


Elle magazine recently ran a photo campaign called #MoreWomen, which proved that there are very few women in powerful positions around the world.

The images of a lone Angela Merkel, Hillary Clinton, Dr. Nkosazana Dlamini Zuma and Emma Watson among others leave you smarting under the heavy burden of the male-dominated leadership spaces in the world today.

Parched, which raises the question of choice in women's lives and weaves in a beautiful sisterhood, is a must-watch movie. 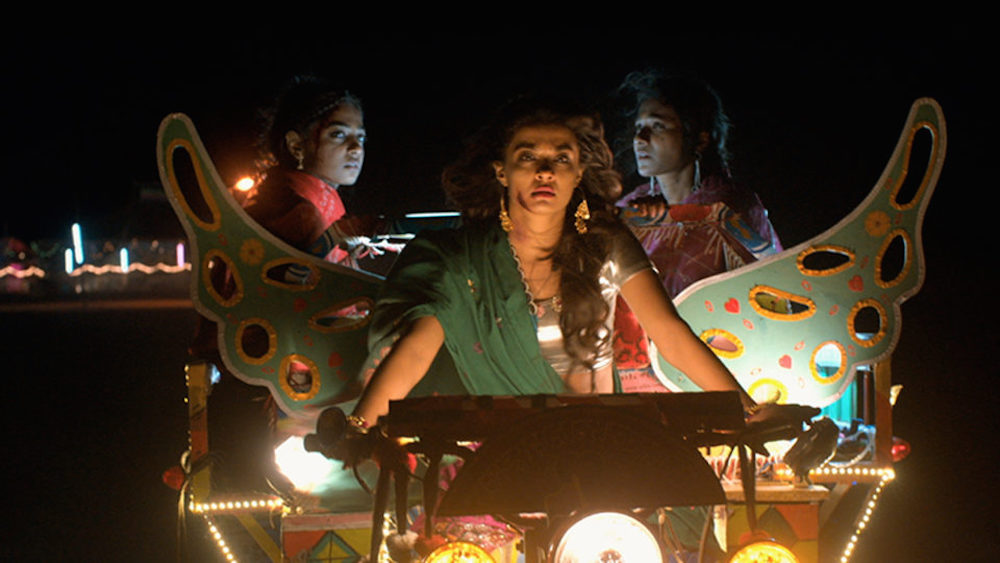 Parched, which raises the question of choice in women’s lives and weaves in a beautiful sisterhood, is a must-watch movie.

I recently watched the movie Parched with my mother, in a theatre which was filled with only a handful of people. No surprises there, really – after all, who wants to pay and watch a movie about the trials and tribulations of Indian rural women!

Directed by Leena Yadav, the movie is set in rural Rajasthan, and is beautifully woven around the lives of three women, each striving hard in their own way to pull away from the blatant patriarchal traditions enforced upon them by society. The performances are powerful, moving and subtle – they touch upon sexuality, freedom of choice and empowerment, making it an important relatable watch for women across rural and urban settings.