Delhi Walks: How We Can Reshape Lives Through Powerful Stories Of Women In History

Can history which is otherwise generally written by men, about men, be explored from women’s perspective? As it turns out, yes.

Can history which is otherwise generally written by men, about men, be explored from women’s perspective? As it turns out, yes..

“The lamp of history destroys the darkness of ignorance” –Mahabharata

My organization Darwesh (a startup) undertakes heritage walks across different monuments of Delhi since 2013, with special focus on the lesser known spaces and women centric themes. Our interest in women’s history got accentuated by their very obvious absence/erasure from the country’s history, or their mention as silent bystanders of history in the making by our patriarchal culture.

In addition as historian Ira Mukhoty writes in her book Heroines, “it’s not only the physical appearance of these women that has been reconfigured and sanitized for the modern age. Their personal idiosyncrasies and fallibilities have been obscured, if not forgotten”.

Since 2015 we have been working with a National level NGO- Nirantar Trust- (Centre for Gender & Education), with their target group of young adolescent girls and women from underprivileged backgrounds most of whom are either school dropouts or have never attended school.

Nirantar runs a one year programme for these girls and women in the bastis to help them get back to mainstream education. The programme is designed to address the needs of these girls in a very holistic and comprehensive manner in addition to being learner centric.

As a part of this plan, Nirantar roped in Darwesh (our startup) to design and conduct heritage and thematic walks in the city for this group with a clear feminist perspective.

The question was ‘Can history which is otherwise generally written by men and written about men, be explored from women’s perspective’? 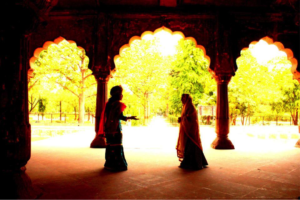 The women who lived in Shahjahanbad

As a part of the above plan we explored the history of Shahjahanabad from the angle of women who inhabited it and their contribution in its overall design. We researched and designed a series of ‘Her story walks’ which looked at the contribution of Jahanara begum in the design of Chandni Chowk, the relationship between Jahanara and Roshanara with respect to the war of succession between their brothers Dara Shikoh and Aurangzeb, Salimgarh fort, and the story of Aurangzeb’s daughter Zebunissa (a Sufi poetess and patron of artists, someone who stood against her powerful father in favour of her rebel brother.)

As a part of this series we also looked at the Mughal Zenana (the imperial harem) and tried to demystify it and share its significance, which often gets shrouded in the European version of harems being quintessential pleasure houses. The Mughal matriarchs in fact commanded great respect right from the time of Babur and Humanyun, and had important roles to play for which they were duly respected and also paid for.

Empowering stories for women undervalued in their lives and work

All the above stories from our History became extremely important in the context of the women we were working with in this project. Since most of them came from such social conditions where women are told they are a liability, and are not given opportunity to study and work outside or even venture into the city on their own. 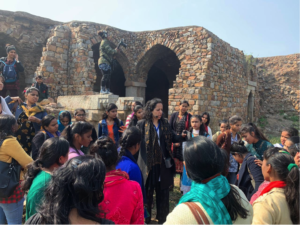 In addition we did a Yamuna walk in Palla near Buradi. Here, in addition to talking about the river as a natural heritage, we spoke about Yamuna as a goddess in our mythology. Other important themes addressed were of the baolis (stepwells) in Delhi, significance of water and the gender dynamics around it (since fetching water from the rivers, wells, baolis has been largely a female duty). 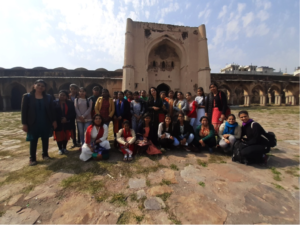 (Glimpses of a Heritage walk at the Begumpur Mosque near HauzKhas)

We also did a walk in the bazaars of Old Delhi (Chandni Chowk, Dariba Kalan, Kinari Bazaar, Chawari) to explore the role of women there (i.e. are the women there just as customers or also in the role of sellers/shop keepers?) and what it means for their sense of agency to be in an economically powerful position.

Here we again brought in stories of women like Jahanara and Noorjahan who were also very smart businesswomen of their times, and had their own trading ships.

We unearthed stories of other powerful women like Begum Samru. From being a nautch girl in a kotha in Chawari Bazaar, she came to rule over the Jagir of Sardhana, and commanded an army of 4000 soldiers. She was a skilled diplomat who negotiated many deals for the Mughal emperor Shah Alam II, including the one with the Sikh military general Baghel Singh in 1783.

Then there was Razia Sultan with her sharp political acumen, who with her shrewd diplomacy kept the warring factions of Turks in her court under her control. She abandoned the purdah, and never took on the title of ‘Sultana’ i.e. the queen, the softer, feminine version of the king.

“It is a fact that when you change a girl’s life, you effect her vision of herself and her immediate world and the world that she will have an impact on”-Oprah Winfrey

Helping to reshape their own narratives

Our work with Nirantar in Delhi and Bareilly (Uttar Pradesh) over the years culminated with a national level Training of Trainers (ToT) workshop in Feb 2020, to train the local teachers of Nirantar centres in the process of designing and leading neighbourhood walks.

The intention was to empower them to in turn train these women and girls to design and lead neighbourhood walks, in order to reshape the narrative about their own bastis to a more positive one. 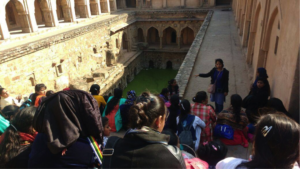 In hindsight I believe our work on this project helped us to train ourselves in looking at our own lives and at our city Delhi and its heritage from a very new angle, thereby making our approach to these themes more comprehensive, gender inclusive, as well as more nuanced.

Nitika, a history & heritage researcher, is one of the Co-founders of Darwesh (a heritage walks based organization) along with Yuveka Singh and Madhavi Menon. She can be reached at [email protected] read more... 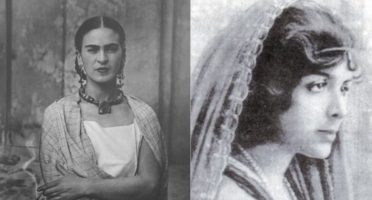 Frida Kahlo & Ruttie Jinnah: Their Contrasting Ways Of Handling Pain Have So Much To Teach Us 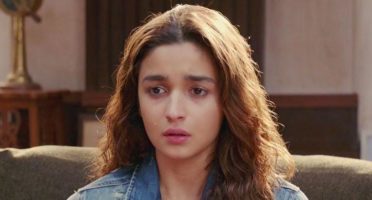 My Teacher Insulted Me & That Childhood Memory Made Me Feel Like A Failure At 34! 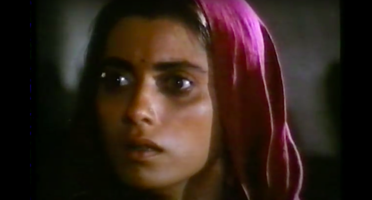 My Grandparents Survived The Partition, And When I Dug Into Family Memories Of That Time...