Sindoor may be ‘auspicious’ in Indian society, but it does not empower women but contributes further to their oppression. Let’s begin by blaming Bollywood.

We, as Indians, must admit the fact that at some point in our lives, we are influenced by the entertainment industry. After all, life is so glittery in those shows, that even with all the obstacles, no matter how accurately impossible it is, life turns out to be happy ending at the end.

So yes, Indians believe miracles happen like they do in films and TV shows. And in this la la land of where impossible is possible, ‘sindoor’ has been playing a great role since the beginning. No one has ever been able to dethrone it from its crown of importance, or no attempt has been made so far. It is as important a part of any show as the ‘hero’ of it is, the hero being the lead male protagonist and the most important product of any film.

Hence, it is important to know the life story of something so important that it has given the place next to our ‘rough & tough heroes’. Sindoor being the symbol of being a married woman in Hindu society, is as important as the bride and groom in their marriage itself.

The tradition of wearing sindoor, the red dye, can be traced as far back as 5000 years. Hence, Indians, as a majority of them are Hindu, have a special place for sindoor in their heart. The entertainment industry only had to adopt the idea, put the right amount of emotions along with it and voila – a mini episode is made right there, right at the moment. These small and big screens made the whole arrangement a big deal of our lives.

Sindoor or sindoor substitute, anything will do

The theatrical presentation of sindoor in our Indian entertainment industry has tremendously impacted our already ‘sindoor-obsessed’ society. And this obsession is sold in almost every genre of entertainment, from comedy to horror, from romantic to action and thriller.

Many times, on both small and big screens, the exaggeration has reached to a point where any red powder like substance or liquid, or even blood is made equivalent to ‘sindoor’ which by the way, is an ‘auspicious’ element for Hindus.

For instance, a girl gets married to a boy during holi, because some red holi colour accidentally fell down on her forehead from that boy’s hand! In another scene, the boy marries the girl by cutting his hand and letting the blood fall on her forehead.

In an another show, the sindoor container falls from the wife’s hand, and it signals a threat to her miles away husband’s life. Rest in peace, Logic.

Taking these ‘ideas’ for real

And the audience goes all ga ga over these scenes. Teenagers start fantasize about such dramatic scene in their life. Attempts have actually been made by couples to recreate such scenes – and end up in serious legal trouble.

And these are examples of only the ‘normal’ drama scenes. The exaggeration versions of such scenes pose a serious threat of causing serious injuries, or even a headache from the adoption of pseudo-scientific theories. Hence, I’m restraining myself from describing these in more detail.

But, “such reported cases show only one side of the story,” they say. So, why not take a look at what life is like in reality with or without wearing sindoor?

Payal has been working since she passed out of college. She moved out to the city, after which her parents made her ‘settle down’ with a boy of their choice, Vikram. After their marriage, Vikram, being a member of our ‘progressive society’ and ‘open-minded’, allowed his wife to work after marriage.

When Payal was asked how she felt about wearing or not wearing sindoor, she replied that ‘it is important for my parents and in laws for me to wear sindoor visibly enough, as it is important to my marriage.”

In response to a follow up question as to how exactly does sindoor make a marriage work, she again replied that “it is important for them, so I wear it. This is what I have grown up with, seeing my mother applying sindoor first thing of the morning. It’s custom isn’t it?”

Again asked about how Vikram as an ‘open minded man’ feels about not wearing sindoor is she so chose, she answered that “he won’t mind, but it is for my safety at the office that he wants me to wear it. You know how men are these days, hitting on and harassing anyone. They can’t discern if I’m married or not without the sindoor.”

She almost sounded like she was whispering towards the later part of our conversation.

Radha got married at the age of 16. She never went to school after the elementary level. At 16, she eloped with her boyfriend, Ramesh, from a nearby village, and moved to the city where he works as an auto driver. City life gets her well, and from saree to salwar, her life has changed vastly since the days in her village.

When asked her about wearing or not wearing sindoor she said, “I do wear sindoor, but sometimes I just don’t feel like wearing it.”

So, I asked her if that doesn’t affect her marriage as some people believe that it is important to wear sindoor to keep the marriage going well. Again she replied in a very chilled-out and carefree voice, “how does sindoor make a marriage work? It is you and your husband who make a family, not this red substance. If it was so, why would people felt the need of love, understanding, loyalty, and those emotions? But I wear it sometimes as a symbol of being married to my husband, because I feel good to show it off,” she blushed as she said.

Poonam, who works in a factory to support herself, is a widow – her husband died a few years ago. At the age of 36, she is still living with her in laws, where her life is hard enough to survive without her husband. Being a widow is her identity for the rest of her life now. Sindoor does not feature anywhere in it.

We asked her about how her journey was like before when she was able to use sindoor, and now after being a widow. She said, “sindoor gives you an unseen power without asking for it, without actually receiving itfrom anyone. It just comes with the red colour. It serves you with certain privileges in your daily life from simple things like eating your favourite food to wearing your favourite colour saree, to jewellery. With sindoor, also comes respect, in the terms, how people talk to you, treat you. There are also some changes – like what people have to gossip about you. Sindoor controls a lot of things that we don’t see while wearing it. We realize it only after we lose it,” she sighed after talking continuously for so long.

I felt like she had it all in her heart and wanted to let it out. She seemed thoughtful.

These three lives depict the picture that not many women in Indian society have the privilege to wear sindoor as a choice. It is a responsibility bearing different meanings – from husband’s ‘safety’ to making the institution of marriage work – which may be describing India’s low divorce rate.

From society to films and back to our lives, the journey of sindoor has a destination in our every day life. However, it hardly is any kind of empowerment.

Our society does not lack reasons to put women in a box. Sindoor is one of them. Where more than 90% of women feel that wearing sindoor is a responsibility, a very tiny number of them wear it as their choice. Of course, the real reason as to why women should wear it is unclear –  some say safety, some say culture, and for some a customary rule.

Indian entertainment industry has grown exponentially, and has worldwide access to the masses. Every Friday, multiple releases of Bollywood films are awaited, and the experience is that those propagating these same beliefs are those that become hits instead of calling out status quo. Everything ultimately favours patriarchy.

“But, surely wearing a symbol of being married doesn’t harm anyone!”

Hmm. That depends on how one defines the term ‘harm’.

Sindoor doesn’t cause any physical harm neither it pose any threats to our mental health (except for the preparations that contain a lead compound also used as sindoor, which is certainly harmful to health; sindoor made from turmeric is safe). It is our life long tradition, and where Hindus around the world have different rituals and rules, sindoor is that common thread which binds them together. So, why are we opposing such a pious symbol of pride?

Simply because whoever makes the choice of not wearing sindoor, finds that this diminishes her social value. A widow feels helpless because of how society and her own family treats her just because she doesn’t have the tag of being ‘married’. Although sexual harassment has nothing to do with sindoor, a part of our so called progressive society feels that wearing it will guarantee the safety of women. If that were the case, this discussion itself wasn’t necessary.

Thus, sindoor may be ‘auspicious’ in Indian society, but it does not empower women; on the contrary. it contributes further to their oppression. Or should I say, gives society the power to oppress women for one more reason.

Image source: a still from the film Om Shanti Om 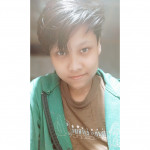 I'm Jimi, a practicing lawyer by profession from Jorhat, Assam. I started feeling for

Wearing Sindoor & Mangalsutra May Be Presented As A Choice, But We Need To Look Deeper

Why The Ideas Of ‘Adarsh Naari’, ‘Suhagan’ Or ‘Sumangali’ Are Seriously Flawed