With childcare support almost absent during the pandemic, most moms with young children have no choice but to quit work. What's your experience?

With childcare support almost absent during the pandemic, most moms with young children have no choice but to quit work. What’s your experience?

It was my first child. I was a new mother. When the blissful period of the maternity leave came to an end, I had to go back to work because the institution I worked for offered no child care leave.

The biggest question I faced was, whom do I entrust my child with? I am also the daughter of a mother who goes out to work. Since she couldn’t take care of my child, the question was all the more magnified. Who would take care of my six month old son?

My husband wanted me to leave the child with his mom. But his mom was silent on the matter. When the question of leaving the child with her came up, I told her that I was anxious. My MIL’s response was, “If he weeps, let him keep weeping…so many mothers leave their kids and go to work…” Now, this was not the kind of response that would assure a new mother that the little baby would be comfortable and in good hands. Something like, “I’ll take care of him, don’t you worry” would have probably worked with me. It was also the time when the Covid-19 pandemic was beginning to spread its deadly wings.

Since the institution I work for doesn’t offer a creche facility (as it has fewer than 50 employees), I had to think of other ways. So I decided to shift to a house close to my working place, and hire a babysitter who could stay with us full-time. That way I could breastfeed my child often and also take care of him. Luckily for me, my husband found a good babysitter who stays with us even to this day.

Even if it’s work from home, one needs somebody to take care of a little child. Hiring a babysitter who stays with us full-time can prove very expensive, especially if we don’t have a well paid job. It is also difficult to find people who are willing to leave their homes and stay away as babysitters, especially during a pandemic. A babysitter who comes home to take care of the child for some period of time during the day, may be a more economically viable option. But there’s the danger of the babysitter getting infected by the virus because of frequent travel, or the possibility of her not turning up on time. There’s also the question of how safe one’s child is in a stranger’s hands.

Creches are out of the question, because most of them are closed from a year due to the pandemic and are deemed very unsafe. So what do most mothers of young children do, when the question of childcare pops up? Especially in times like these?

They sacrifice the career they had built for themselves through years of perseverance, hard work and dedication. Their dreams go out like an air bubble. Pop…and it’s over!

They tell themselves that they are doing it for their dear little one. They quit their professional careers and choose to work as full time mothers.

Does a mother have to be the only parent?

She takes on all the responsibilities of washing, feeding, cleaning, nappy changing, waking up at night and tending a sick child and tries to manage it all single handedly. This happens because this is how it has always been and it has been ingrained in the minds of most men. Of late, fathers too are stepping down from their role of just being playmates of their children into caretakers, but it’s mostly limited to the times when the mother is absent for unavoidable reasons. There may be a few exceptions though, like single fathers.

I personally know many friends and acquaintances who quit their jobs because they had no support system to take care of their infants while they worked. What happens to them when the kids grow up and go to school? They will have quit working by then for three years or more. The kids will be on their own. They may find it difficult to go back to work because the challenges and priorities at their workplace would have changed. It would probably be difficult to even find a job or get back to their former workplace for most of them.

They end up decorating their homes, inventing new recipes, blogging, writing, painting, gardening or even forming NGOs and working for the downtrodden, which is all great. But what of the careers that they had quit? They had the potential to surpass top business executives, scientists, engineers, politicians, philosophers or even millionaires who made it big, because they were probably better equipped to take care of their kids or had a better support system.

The support system was very difficult even two to three decades ago. In joint families then, childcare was the responsibility of the women of the family as a collective whole. Elderly women or a few women of the household took care of all the kids, while the other women did the household chores or went out to work in the fields.

Only with the emergence of nuclear families, did mother became the primary caregiver. Mothers in nuclear families do not get the necessary support in childcare even from parents and in-laws, owing to their staying in the cities, abroad or in some place away from their hometowns.

In recent years, we find many mothers and mothers-in-law who are homemakers, declining to take care of their grandchildren because it necessitates them to leave their homes and shift to their children’s places.

How do women who wish to continue working after childbirth take care of their child, without compromising on their careers? What if childcare in the early days of the child is equally divided among parents? The task is almost like, who will bell the cat? Taking care of the child has always been seen as something that belongs to the female domain. What is needed is not just a change in the mindset of a single person but the entire community.

In addition to employing a  babysitter, the support of the partner is crucial in raising a child. Change begins from a single person, from within the household. Tasks must be gradually shared among parents, while making the other partner realise the challenges as well as joy in bringing up a child.

Change comes gradually. Hopefully a day will come when no father will wait for the mother to come and wash the child’s bum. What do you think? 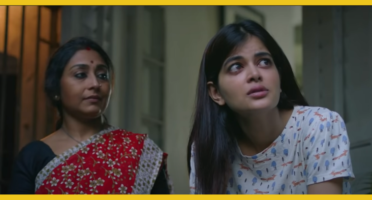 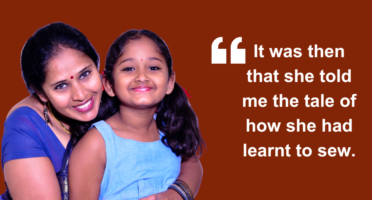 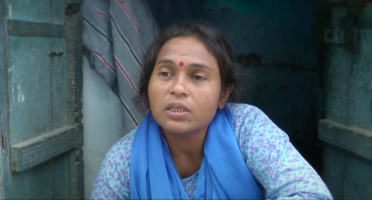 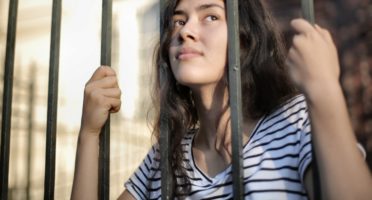