The Problem Lies In Your Genes And Not Our Jeans

Jeans has a certain sex appeal and an association with rebellion. Hence, those indulging in moral policing think it should be shunned by women in conservative cultures.

Jeans has a certain sex appeal and an association with rebellion. Hence, those indulging in moral policing think it should be shunned by women in conservative cultures.

On March 18, my journalist friend Sid Shukla wrote a post on Facebook which read: The problem lies in your genes, not in my jeans. RIP #Ripped_Genes. This was right after a storm broke out across the country over the ripped jeans comment made by Uttarakhand chief minister Tirath Singh Rawat, who wondered what values women wearing ripped jeans would pass on to their children. Following his insensitive comment, several women posted pictures of themselves wearing ripped jeans on Twitter and other social media platforms. Female politicians like Jaya Bachchan and Mahua Moitra also condemned the chief minister’s comments heavily.

Such careless and thoughtless remarks by politicians are not new in India where women are often blamed for inviting rape by their choice of dressing, conveniently forgetting the fact that children fall prey to pedophiles in this country.

Jeans have always been the bone of contention and in many homes, women are not allowed to wear them. 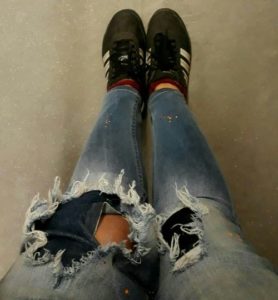 Early on in my life during high school, I have fought for the two Js in my life, jeans and journalism. My mother wanted to restrict my choice of clothing. She was dead against my wearing jeans, citing her conservative family members and their value systems. Seriously, I have never come across such bizarre logic in my entire life, the very fact that relatives can dictate the choice of a woman’s dress. CM Rawat, Thank You For Showing Us How We Can Influence ‘Culture’ Just By Our Clothes!

I was adamant and the day I first owned two pairs of jeans, I knew I had scored a point. Later during my college days, whenever I bought jeans, my mother made her sentiments clear.

Back in college, friend Devi Banerjee (name changed) admitted that wearing jeans was a big issue in her house, but her mother was supportive of her choice. Devi told me that some of her relatives nurtured the idea that only bad women wear jeans. Another college friend was never allowed to wear jeans, always arriving to classes in salwar kameez. While salwar kameez is never an issue, debarring a girl from wearing jeans because hips and thighs become pronounced is the most baseless argument I have ever heard. However, while Devi was content in Indian wear and I rebelled against my mum.

College days are long past. But to imagine that someone in 2021 can remark on how women in jeans can fail to impart the right sanskaar (value system) to children can take India back to the medieval ages and nullify all the achievements it has made till now.

With globalization, many things have become a part and parcel of the Indian culture or that of South Asia as a whole and jeans are one among many. To criticize women for wearing jeans or ripped jeans while letting go of men attired in the same outfit is shameful and deeply disturbing. It points to the fact that society always wants women to be the torchbearer of tradition even if these are regressive.

Jeans, which originated in America in the late 1800s, are often associated with western culture and value systems. It has a certain sex appeal and an association with rebellion. Hence, those indulging in moral policing think it should be shunned by women in conservative cultures. But ironically in our society, people feel proud of their sons settled in the US and it becomes a point of discussion. Even in the US, the culture pervades the thoughts of the Indian community. India Currents very own, Srishti Prabha spoke to me about her experience. She said, “When I first wore ripped jeans in middle school (my mom was pretty progressive and let me wear them), the parents of my Indian friends would comment on how I looked like a beggar or trying too hard…”

In the Bollywood movie, Lipstick Under My Burkha, one of the female characters out of the four portrayed in the film wears jeans under her burkha because of restrictions at home. While it may appear to be a trivial issue for many, for Rehana Abidi’s character, it is the first step towards independence.

I love wearing jeans and often remember how hard I fought to have them in my wardrobe. If jeans have to be indeed shunned, avoid it because it uses a lot of water to be manufactured and not due to stupid morality issues advanced by regressive minds… 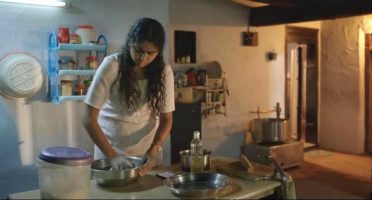 Dear Leaders, It is NOT Okay For You To Comment On Women’s Bodies!

Comparing women's bodies to 'barrels,' and fat-shaming DMK candidate Dindigul Leoni shows us again how women disrespected in our country.

Comparing women’s bodies to ‘barrels,’ and fat-shaming DMK candidate Dindigul Leoni shows us again how women disrespected in our country.

It is baffling to think that not even in our ‘modern’ world does society accept women just as they are. Or is it? The statements by political leaders crowding news and social media prove that women’s bodies and choices have become more political than ever.

One of the many politicians known for their degrading remarks about women is DMK candidate Dindigul Leoni. This time, the politician has managed to ridicule women’s bodies, mock their basic right to dietary choices and objectify them, all in the same speech.

Why Do We Have Such A Low Bar For Men And Accept ‘Boys Will Be Boys’?!

Why do we accept anything and everything from men, while expecting such high standards from women all the time? Why do we have different bars of acceptable behaviour?

Why do we accept anything and everything from men, while expecting such high standards from women all the time? Why do we have different bars of acceptable behaviour?

The moment a woman slaps someone, or throws her old in-laws out of home, it becomes trending news. The trolls begin on pseudo-feminism, justice, modern evil, non-sanskari females, etc.

But when it is other way round, it takes a 5-year-old to be brutally raped, or a woman gang raped in a moving bus with such gory details, that you may end up puking your guts out. Only after this scale of 9/10 is scaled, such news where men are perpetrators, becomes trending.