Dear Chandni, Why Didn’t You Choose A Man Who Treated You With Respect?

This feminist take on Chandni explores why she chose Rohit's insecure affection and patriarchal family over Lalit's genuine and open-hearted love.

This feminist take on Chandni explores why she chose Rohit’s insecure affection and patriarchal family over Lalit’s genuine and open-hearted love.

I finally got the chance to fully watch Chandni, a cult favourite starring Sridevi, Rishi Kapoor and Vinod Khanna. It was a rare moment, a moment free from assignment deadlines and household chores, when I turned on the TV and saw that Chandni was being shown.

I already knew that the movie was an icon of its time, and gave Sridevi her eternal fame, so I decided to give this YRF movie a try.

Chandni is about the eponymous female protagonist played by Sridevi, who is about to move on from her past – rather, her wealthy ex-fiancé Rohit, enacted by Rishi Kapoor – and has almost married her boss Lalit, played by Vinod Khanna, when Rohit returns to her life, thus making Chandni realize that she still loves him.

Lalit has to make The Ultimate Sacrifice, as Chandni and Rohit end the movie singing Chandni, O meri Chandni going somewhere on an open jeep. 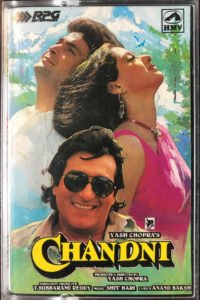 The movie had many instances of verbal spats and taunts directed at Chandni by Rohit’s mother, father and sister, primarily due to the gap in Chandni and Rohit’s social status.

The protagonist’s love for dance was looked down upon, and became a major subject of harassment. During Chandni and Rohit’s engagement ceremony, the latter’s sister spitefully displays poor quality and extremely heavy silver anklets to Chandni. These barbed words and hostile behaviour reach their heights after Rohit’s accident, when the protagonist’s sweet, positive, cheerful nature and (again) her interest in dance, are labelled the cause of Rohit’s paralysis and inability to walk!

She is branded a ‘chudail’ for “destroying” their only son’s life and the peace of the family. Furthermore, Rohit’s brother-in-law (played by Anupam Kher) and Chandni’s only supporter in Rohit’s family tells her to tolerate it for her fiancé (“Tumhe ye sehna hoga….Rohit ke liye”).

Rohit himself tells the poor woman to leave him, while accusing her of “only having sympathy for him, and not love”. The same Rohit later tells his brother-in-law, played by Anupam Kher, that he behaved like this because he feels “helpless” due to his condition and is “now unable to protect Chandni from his haughty family”. 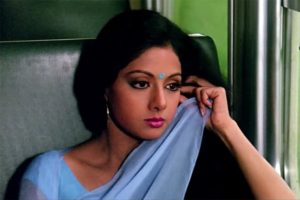 Chandni tearfully moves on from Rohit, and that is when she meets Lalit, her employer with a sad past, who eventually falls in love with her.

My take on Chandni

I know that this movie was released in the year 1986, a year in which feminism and feminist movements were beginning to pick up speed. This is why female roles of that era still had stereotypical feminine traits of docility, submissiveness, and tolerance.

However, I was flabbergasted to see Chandni choose Rohit over Lalit in the end. I was shocked because Lalit treated Chandni with respect, and Lalit’s mother (played by Waheeda Rehman) treated her with utmost kindness from the moment Chandni met her and Lalit. I was also shocked because I doubted Rohit’s authenticity and genuineness because their relationship (Chandni and Rohit’s) started on a “love at first sight” basis, and Rohit eventually succumbed to his insecurities, triggered by his physical condition and his family’s disapproval.

I do not understand the logic behind Rohit’s explanation of  “not being able to take a stand for Chandni due to his condition”. I could face a counter-argument that trauma can render a person helpless. But, it takes a strong conviction and voice to put across your point and make people understand and realize what you are saying, regardless of your physical condition.

In a way, Chandni’s choice would take her back to that same place where she was looked down upon by her in-laws because her family was not as wealthy as them. What guarantee can be given that Rohit’s family would change their ways for their son’s happiness? Anupam Kher clearly tells Sridevi in a scene that the family wants Rohit’s happiness, but as per their preferences. This dialogue gives me doubts, perhaps even makes me write that the odds will be against the protagonist.

And what about Rohit? What guarantee can be given that he would continue being the same loving, loyal and affectionate man if his family continue humiliating his wife? Patriarchy, social status and negative attitudes of family members towards a particular person eventually overtake an individual’s good thoughts about the same person. In Rohit’s case, there is a triple whammy, which may jeopardize Chandni’s marital happiness.

Chandni’s family too were skeptical of her future in that house after the engagement ceremony, but they still supported their daughter for the sake of her happiness and “Rohit’s love and care”.

My final verdict on Chandni

If I was Chandni, I would have chosen Lalit. At least I would have a partner who is able to balance his work and personal lives with a calm composure, has no intrusive interest in my past, and also loves me. I would also have a doting and loving mother-in-law who accepts me the way I am. On a lighter note, I would also not have to deal with a father-in-law, because I feel the presence of a father-in-law in a household creates a strong patriarchal environment.

If this movie was made in the 2020s, then the plot would have been that Chandni and Lalit marry with the blessings of Lalit’s mother, while Rohit watches them getting married from afar, regretting that he let go of his former lady-love due to “not being good enough for her”.

What I want to convey through my interpretation and analysis of this popular movie is, when you are not only loved, but also respected by a person, choose him (or her). Choose a man who is confident and emotionally stable, not someone who allows his insecurities to take over his feelings. Last but not the least, choose consistency and quality of love, not intensity and passion. 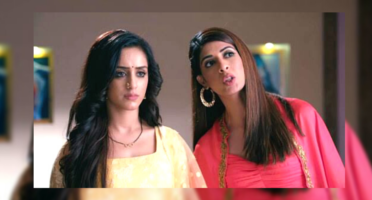 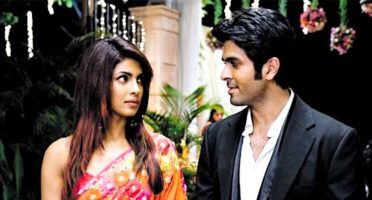 The Law May Allow Us To Stay Single But This Society Won't! 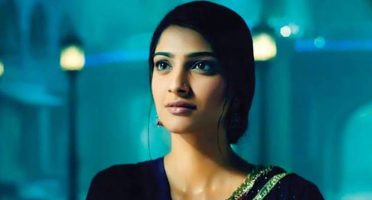 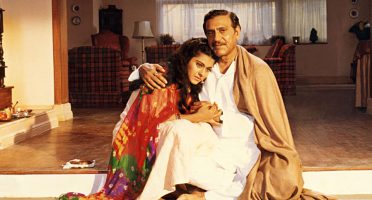