A strong woman is one who can stand up for her choices and decisions and gives others also the strength by not judging them for theirs. 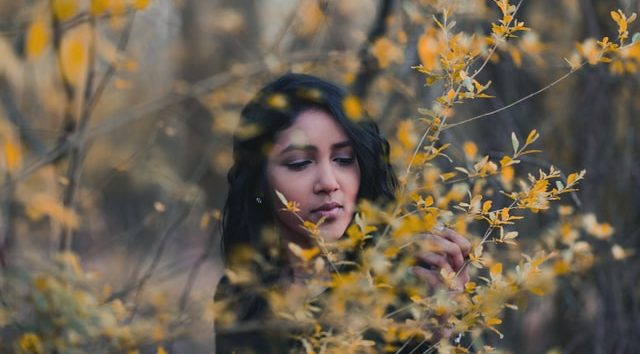 A strong woman is one who can stand up for her choices and decisions and gives others also the strength by not judging them for theirs.

Sheeba was sitting on the park bench soaking in the sunlight on a winter morning. Along with the smell of the morning freshness, the sound of the chatter and laughter of the ladies sitting on the next bench wafted in.

Sheeba could make from their conversation that they were talking about a Mrs. Tilak and her dressing sense or rather the lack of it. Sheeba could hear vile remarks like “she should be the brand ambassador for the cotton board of India” and “does she wear cotton swimsuits too.”

Not wanting to listen to more of the snide remarks, Sheeba got up from her place and geared up to jog another lap around the garden. As she jogged past the ladies sitting on the bench, she turned around to smile at them, it was indeed a wide jubilant smile for she managed to make the cheery faces of those ladies turn pale in shock.

It was moments like these that made Sheeba Tilak’s morning jogging sessions memorable and she was re-assured that jogging in her salwar and kurta was fun indeed.

She could see the other ladies condescendingly looking at her. She couldn’t deny she did look like the plain jane in her printed cotton saree and braided hair among these women dressed in stylish silhouettes with just the right hint of makeup.

Sheeba could make out that these ladies believed in living up to their perceived standards of the occupants of the upscale Galleria Apartments and she did not fit into their mould of sophistication, at least as far as her appearance was concerned.

But this behavior was not new to Sheeba, she had been getting the curious stares and even glares plenty of times but she was immune to them. This was how she was; people were free to have their opinions and to dislike her it was their prerogative.

“Ladies this is Ms. Sheeba Tilak, she has moved into flat No.603 on tower C, let’s give her a warm welcome.” Chandni’s cheery introduction broke Sheeba’s reverie. Sheeba walked up as Chandini called her to tell them something about herself.

“Hi ladies I am Sheeba Tilak and I moved into our flat on the 6th floor of tower C a month back. I am the senior editor of ‘Women’s Voice’; I am sure you must have heard of the magazine? I also operate a content creation platform ‘She Speaks’ and yup I love my cottons but no my swimming costumes are not made of cotton.”

She said the last line with a cunning smile looking at the same group of women seated among the audience. As she climbed down the stage, Sheeba could see many embarrassed faces and a lot more shocked faces.

As she went on take her seat among the other women, those sitting beside her immediately started their round of questioning with her, “You are the editor of a popular women’s magazine which advocates so strongly about women’s freedom and modernization, then why are you dressed so conservatively?”

“You speak about women exercising the freedom to wear what they want and you are dressed in such a conservative manner, would you not want to set an example of breaking the shackles?”

“You think we would fit the bill of women you feature in your magazine?”

Sheeba was amused by the questions. She could not understand what had come as a bigger shock to them, that she could be the editor of a well-known magazine or the fact that despite her professional achievements she chose to dress the way she did, or was it both?

“Ladies, let me handle one question at a time. I do believe in women having the freedom to live their lives and make their decisions to their liking and also believe in modernization, but how does my dressing stand in the way of that?

In fact, what is required is a reform in our thought process. Well, I strongly believe women should be exercising their choices and must be empowered for that. Tell me something isn’t dressing in a simple saree and choosing to braid my hair also a choice?

A strong woman is one who can stand up for her choices and decisions and gives others also the strength by not judging them for theirs, so I am walking my talk. Well, for your last question tell me something, which is the bill you are talking about?”

She waited for the women to respond and then heard a faint response , “the beautiful and accomplished women are the ones who get featured in your magazines.”

“So true, we do expect the women to have made good use of their life’s opportunities to be featured but our definition of beautiful is not what fits the societal norms and I can vouch for one thing, as we move on in life, we see the beauty in places we least expected it.

So, well do you want to know which of the lady I have met in the apartment complex qualifies for a feature in the magazine, who appears beautiful and accomplished to me? It is Parul.” As Sheeba completed her sentence, she could see almost everyone in the room look at her in shock.

“Are you serious, you mean Parul, the one who cleans the apartment premises and work as a house help here? So, you think she fits your bill of the accomplished, modern, and beautiful women whom publications like yours want to promote as icons?

You think she paints a more confident picture than the woman who has managed to establish her business or climb the corporate ladder or is it because her life can be presented more dramatically to increase your readership?” One of the women gathered there asked with a smirk.

“Why do you think Parul does not fit the image of a confident woman? From the interactions I had with her, I know she is a single mother who works hard to earn for herself and has raised her daughter well, and has provided her a good education.

The most important reason, you know why she would be featured? She believes in concentrating on what concerns her and does not espouse unasked-for and unwanted opinions about people either behind them or in front of them.

A maturity that a lot of us, supposedly sophisticated people lack. Umm while I spend a larger part of most people’s lives here spent on judging other’s and pulling out their negativities and highlighting them.

The other day Parul asked me in all seriousness “Bhabhiji, I don’t understand why does some other person choosing to be different from us, bother us so much? How is their living the way they do affect us? Why should discussing them prove to be a source of entertainment for the others?”

“I didn’t really have answers to her questions, but seriously such beautiful, open-minded and mature thinking from her surprised me. After that interaction, I have been wondering how much more we all have to learn from this woman and your reactions today have only strengthened my resolve.”

Sheeba responded with a smile as she took a leave from the ladies.