Though I've been driving for 10 years, I recently drove on hairpin bends. It was my first time and it taught me a number of lessons.

Though I’ve been driving for 10 years, I recently drove on hairpin bends. It was my first time and it taught me a number of lessons.

When I sat down at night to write about the volatilely ‘different’ events of the day, I was smiling as well as surprised, at what had happened.

Especially at the fact that these events were way out of my ‘comfort zone.’
I had always seen myself as timid, naïve (no matter how much exposure I gained), impulsive, a bit clumsy and at times incompetent individual. And I believed it to be true all my life. Until I realized these were the adjectives ‘others’ used for me.

I had seen myself through other’s eyes most of my life. Unfortunately, the mind retained only those emotions which were ‘negative,’ or things that fell into a bracket of ‘to be corrected.’ For thirty-five years, I believed that a major part of my personality comprised these traits. I made my life choices and decisions accordingly.

Till the time I stopped believing it! A lot went through for me to arrive at this though.

I believed a lot of remarks about my own driving

This short experience which I am about to narrate is one of the things I did to overcome my earlier beliefs. And it also left me with a few learnings of life. It involves the car, eight hours of a long drive, thirty-six steep hairpin bends of the mountains, two girls and the grit to reach the destination in one piece.

I have been ‘city driving’ for the past ten years and I believe I am a fairly good driver. Although I constantly hear sly remarks like, ‘I can’t drive on highways’, ‘I don’t park properly’, ‘I can’t possibly take the car alone on long drives.’ It is a long list!

The sad part is, the mind believed all these remarks to be true and was subtly getting conditioned to live in these limitations. Even after handling the car for over a decade, I could not gather the courage to drive for more than an hour at a stretch, that too well within city limits. After all, ‘I wasn’t meant for long drives!’

But one day, I decided to change it all

Until one day, the mind flipped and I decided to go on an eight-hour-long journey to a hill station. And not just crossing the highway, but passing through a dense jungle and climbing up the hill as well.

A friend/sister agreed, without any qualms, to accompany me in this rendezvous. It was a multi-part journey. And involved everything I had only witnessed till date but never really experienced:

After crossing the border, I had to take the decision either to take the longer route (up the hill but to drive on) or the shorter route with sharp twists and curves (the more difficult one). We literally came to a stage where I was at ‘crossroads’ to make this decision.

It was just me trying to overcome my fears

Now, I can say that it was a moment of complete faith, either my companion had in me, or I had in my driving skills. Or maybe we both had faith in the ‘forces,’ or my father had in me, or I had on the car itself, that I chose the hairpin bends for the road ahead.

It wasn’t a dare, or a rebel act, or even an ego satisfying move. All it was, was a decision to face the fear which I knew was bigger in my head than in reality. This decision itself humbled me, and both I and my companion joined hands to take this journey and reach the other side!

I made it my purpose to learn and understand from the car itself from the smaller slopes, before the ‘herculean’ task, the mind thought was lying ahead. And the vehicle really did teach me!

But the car and the slopes taught me a lot

First slope and it turned off, giving me an opportunity to learn what I was doing incorrectly. And helped me figure out how I should be getting out of that situation. Which gear to be on, at the kind of slant ahead, was also something new to me. While driving on the flat roads of the city, one gets accustomed to a pattern and can predict the gear/accelerator combo in different situations.

Despite all the advice I received from people on what gear to drive on the hills, I couldn’t have known or even trusted their word, till my foot was on the pedal itself and I could feel the sounds and vibrations of the car, in reaction to my movements.

My biggest fear was, ‘what if the car stops on a steep slope?’ The question I asked myself then was, ‘How would I know what to do until it actually does stop!’ I have been careful enough to date not to put myself in that position. And I wouldn’t be able to solve the riddle until that happens and it did happen!

The car stopped at the first bend itself! I had no other option but to carry on. Thankfully, there wasn’t a vehicle in front of or behind us. I had the opportunity to test and try a little, and that’s when I really got the trick. No advice could have taught me this unless I experienced it myself. The fear of ‘facing the fear’ was the roadblock itself.

It was a smooth ride full of lessons

And that was it! A smooth and beautiful ride from then on. Crossed the bends as if I had been doing it forever and reached the destination in ‘one piece’

This experience of the mountain curves left me with some amazing thoughts and learnings (other than enhanced driving skills), which I won’t be forgetting anytime soon.

The cars on the bends are really much Life.

They teach us to slow down and speed up when required (at the bottom and peak of the slope),

How to keep carrying on even when faced with a hiccup (restart, that is the only option),

How to not lose grip on your pace and go on the defensive when faced with a hurdle (that is using the breaks on the slope when you spot an incoming vehicle. They are on their own path, we have to just let them be and carry on our path).

We can move at our own speed and pace

How to not be perturbed and threatened if people around are moving ahead of us (On a slope when you see a vehicle behind you, one can get worried if the car stops. People try to overtake you and honk aggressively in that difficult path itself. But it is ok, panic is not the answer even then. Carrying on is!)

And how to always remember that the steering of our life is always in our hands.

We keep assuming that we have to apply the breaks and move, and even when we do, we keep forgetting that the accelerator is also in our control.

But we can speed up and slow down anytime we wish to, steering our life easily and conveniently as we want.

I definitely overcame my fear

As this fear of the bends was bigger in the mind than in actuality, the same way, ‘the ways of life’ are simpler than we actually imagine. It is a matter of experiencing it, learning it and getting better with each experience.

If we hesitate to experience, then we should not be expecting any growth as well.

Falling and getting up is a part and the beauty of it all.

These hairpin bends of the mountains resemble the bends of life in all aspects. I am grateful to have found them, having the heart to have experienced them and, eventually and humbly learning from them. 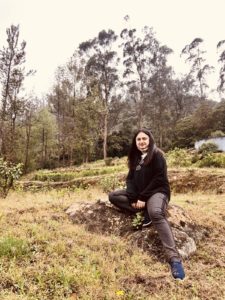 Also, all the people who were anxious about this ‘adventure’ of mine, were thankful that I reached safely. But they were also happy that I witnessed a new side of me. As soon as you start seeing yourself in a new light, everyone starts looking at you in this new light. 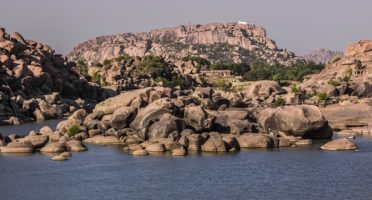 The Hills Of Hampi 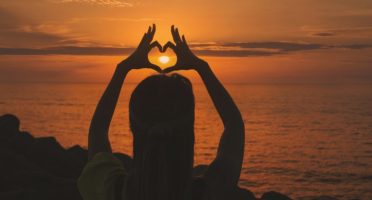 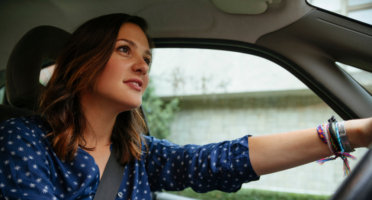 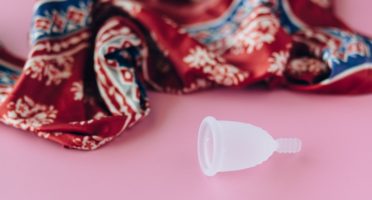 My Tryst With The Menstrual Cup & Why I Think We Should Talk About It! 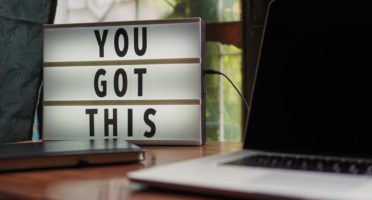 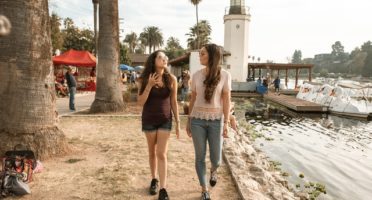 Be A Tourist In Your Own City!