In a goddess temple in Dhamtari, Chhattisgarh, married women lie face down in a row, so that priests can walk on their backs to enter the temple. This is supposed to 'help them have a child'.

In a goddess temple in Dhamtari, Chhattisgarh, married women lie face down in a row, so that priests can walk on their backs to enter the temple. This is supposed to ‘help them have a child’.

A strange practice has emerged from Chhattisgarh. In the temple in Dhamtari district, women devotees lie face down on the ground in a row, and ‘witchdoctors’ and priests of the temple step over these women’s backs, walking to enter the temples. According to this practice, married women whose backs are walked upon like this will have children as it will improve the chances of conception for having baby.

Every year this fair called Madhai Mela, is held on the first Friday after Diwali in the temple of Goddess Angaramoti in Dhamtari district of Chhattisgarh about 90 km from Raipur.

This year, the Madhai Mela took place on 20th November 2020, in which more than 200 women from about 52 villages lay down for this ritual.

Trampling on women’s backs in the name of the goddess

A large crowd of people had gathered there to witness the scene, offering lemons, coconut and puja material to the women who lay on the ground in the name of Goddess. After this, about a dozen of priests and the local ‘witchdoctors’ trampled on their backs to enter the temple with big flags.

Chhattisgarh: In a bizarre ritual, hundreds of married women longing for conception lay down on the ground on Friday to allow priests and witchdoctors to walk on their backs to enter a temple in Dhamtari, believing this will bless them with a child.pic.twitter.com/PhkHYWwMCp

This perfectly showcases how women are first deemed goddesses with offerings made to them, and then treated only as baby making machines. Something all religions seem to do in their different ways.

Feminists on twitter are calling this out – other than the misogyny of women being considered only baby making wombs, what about the men, their partners who contribute to conception too?

There is everything wrong with this! @ChhattisgarhCMO forget all the issue of religion, faith, feminism etc this is humanly criminal @MinistryWCD https://t.co/uE5uJ9sP6C

Mental discomfort along with organ damage

This behaviour with women in the name of custom is reprehensible.  Not only is it highly misogynistic, the actual action can also affect their delicate inner organs. At the same time, this practice also serves to crush the self-esteem and self-confidence of women, trampled upon like this, and pressured to have children when there might a medical reason why they cannot – a reason that could equally be of their spouse.

People talk of change but on the one hand the presence of such pictures proves that there is no real change.

And people say Islam is a regressive religion. They conveniently ignore those visits to Saffron Baba-taba types, in order to conceive, that ‘believers’ undertake…& their own families take them there…wah! https://t.co/qfygxknH9o

Even though some women might oppose this, many would be forced to lie down in their own, or their families’ desire for children.

What about the pandemic?

This has been happening on the one hand, when on the other, the pandemic has become frightening with its second wave in many parts of India. People should keep away from such gatherings, but everything seems to have lost its logic in front of superstition; people blindly following such beliefs. 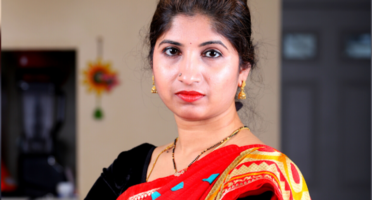 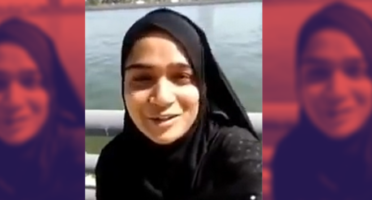 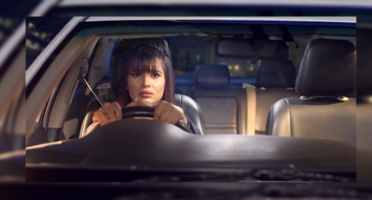