Has the reservation for women in IITs been enough in making STEM education and careers attractive to them? Who are the role models?

The current IIT Council has one chairperson and 46 members. Only seven of these are women. No woman has ever helmed any IIT thus far. This is after nearly 70 years since the first IIT was established. The number of women who have won the IITB Distinguished Alumni award is even dismal.

Track record of countries, whose COVID-19 response was led by women, is impressive and eons ahead of those that are run by men. This may not be a coincidence.

Is it time for a premier IIT to be run by a competent woman?

It has been well documented that the COVID-19 response from women leaders had some defining characteristics. These women displayed among other things, a profound respect for science, reason and logic and an openness to be guided by the same.

They were transparent in what they were doing and what they were trying to achieve. The women were convinced that the transparency will inspire confidence in their constituents and will result in better compliance from them in the fight against the pandemic.

Their frequent communications with their people demonstrated empathy with the people’s struggles and constraints. The economic response that they spearheaded in their countries further underscored this empathy. And there is high probability they will come out of this situation with the least damage on their economies and collective health.

The IITs, even today, remain patriarchal

The IITs, especially the big five, retain their hold on the collective Indian middle-class desire of a fast track to certain upward social mobility. Popular movies like Three Idiots and meteoric careers of Sundar Pichai, N Murthy, Nandan Nilekani and others have only cemented this further.

But have IITs done enough to counter the patriarchal hold on its internal ecosystems? Has the reservation for women students in IITs been enough in making STEM education and careers attractive to them? Who are the women role models from IITs?

Why have such few (less than 10 at IITB) been recognised as ‘Distinguished Alumni’? Surely their evolution and progression came against much greater odds? Despite a growing number of women with PhDs, why is their entry in faculty positions painfully slow?

Women’s climb to the top in corporate India has been as disconcerting, despite the Board level reservation for women. The rare example of Cipla, a company built on science has been nothing short of remarkable. It has seen women helm technical fields like Manufacturing, Quality, Research. And it has also seen a woman at the helm of its Board of Directors.

IITs, despite the obvious problems, remain the ‘go-to’ for everyone

Women heading ‘traditional male bastions’ has brought a rare combination of scientific excellence and emotional intelligence. This has driven productivity, team morale and innovation. These extraordinary women have tackled prejudices, mansplaining, stereotyping effectively and now are role models for many others.

The IITs have seldom shown a dramatic improvement in the recent past and there may be symptoms of stagnation. They always suffered from inadequacy in research output, and in industry-academia collaboration.

And in a growing short-changing of humanities, decreasing spaces for freedom of expression, haphazard concretisation of the campus. As well as lip service to environment concerns in the campuses and the surrounding areas. Add to this, the inadequate academic and living hygiene for students, and  indifferent support to growth in entrepreneurship. Despite all this, they still remain a ‘go-to’ place for making ‘the best remain the best.’

Time a woman lead an IIT?

They need to evolve to a place that ‘consistently brings out the best.’ That is a leap that may need special emotional intelligence. A woman, who is at the top of her field, is familiar with the academic and research environment. She is internationally respected in her field, has forged alliances and runs multi-disciplinary projects with some administrative experience. Shouldn’t a woman like this be the choice for the next CEO of a premier IIT?

Nandita Jayaraj and Aashima Dogra have written the book “Women Scientists in India.” It chronicles some amazing journeys in Scientific Excellence of women who are at the top of their game. That’s as good a place as any to begin the search. 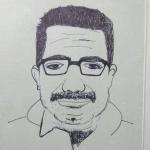 Trained as Engineer. Spent 3 decades in management and corporate leadership. Write on citizen's

A Chat With Sujatha Srinivasan, The Brain Behind ARISE, An All-Indian, Low Cost ‘Standing Wheelchair’