Being a chubby girl who hated her body, all my life, it took my pregnancy for me to actually appreciate and love my body for what it was!

Being a chubby girl who hated her body, all my life, it took my pregnancy for me to actually appreciate and love my body for what it was!

As far as I can remember, I have always been a chubby child. Growing up, I never had any health issues, except at 17, when I was diagnosed with PCOS. I realised, very early on, that being ‘fat’ is something to be ashamed of.

For example, traveling in a school bus and being fat obviously meant I would need a bigger space to sit. One of my aunts would buy me dresses on festive occasions. And each time, she would declare this was the ‘largest’ size meant for the girls my age. The dress still wouldn’t fit.

I realised all this affected me more than I’d imagined

Things became worse during my adolescence. I studied in an all-girls school and my classmates quickly found boyfriends since they were thin, and thus, beautiful.

Apart from being chubby, I also wore glasses, which meant, I wasn’t pretty by any angle. In my desperation to lose weight, I tried a lot of things. This included starving myself occasionally, trying the ‘soup diet,’ which, as expected, ended disastrously and even avoiding social functions.

Several years later, I realised that the societal perception of beauty had severely damaged my confidence, self-image and belief. I lacked confidence, couldn’t argue and withdrew into a shell during crisis. Thankfully, I was good at academics and managed to ‘earn respect’ from my relatives and the people around me.

After being diagnosed with PCOS at 17, I decided to take charge of my health. I met a dietician, ate healthier foods, went out for walks and lost a lot of weight. Despite all this, I still wasn’t very confident about my body.

During my pregnancy, I barely had any pregnancy woes!

I got married at 30, (it was a love marriage after four and a half years of courtship) and I conceived naturally at 32. It was during the pregnancy that my relationship with my body changed. To begin with, I didn’t have any of the common pregnancy woes – I didn’t vomit even once during the entirety of my pregnancy.

I ate all the food, went on two short trips during the pregnancy, travelled by public transport on most days and even went to the office three days before delivering. Even the day before the delivery, I went to the parlour for a haircut!

Also, since I was prone to putting on weight, I was scared of gaining excessive weight during my pregnancy. However, surprisingly, I gained only 6 kgs during the pregnancy. According to my doctor, this was a healthy weight gain!

After my delivery, I struggled a little with breastfeeding but with the help fo the nurses, I could almost exclusively breastfeed my baby. It was during this phase that I realised the kind of toxic relationship I shared with my body.

My self-worth no longer depends on my weight!

I hated it for being fat but it helped me in every way it could, during one of the most beautiful phases of my life – my pregnancy. It helped me eat well, travel, work without any interruptions and most importantly, bond with the baby.

At this point of time, I realised that the purpose of your body is never really to make you thin. Rather, its purpose is to help you go through the different phases of life as smoothly as possible. I took my body for granted, never really understanding its purpose in life. Pregnancy and childbirth, however, helped me understand its true worth. Also, I finally realised that your weight should never determine your self-perception.

As far as my pregnancy weight gain is considered, I lost it within a year. I do put on and lose  weight on and off, but my self-worth no longer depends on my weight. And I am at a much happier space now, with or without those extra kilos! 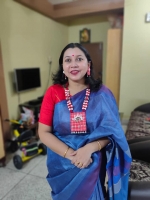 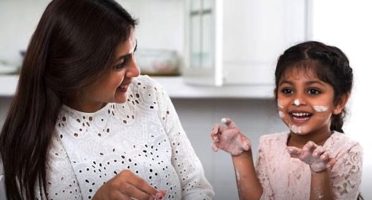 Marriage, Motherhood, Pandemic...My PhD Journey Has Been Tough But I Refuse To Give Up! 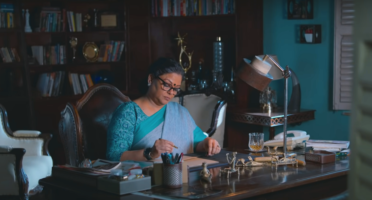