A fighting family is always ikky, but the least we can hope for are that the governing laws remain fair and rationale.

I once had the opportunity to hear Harish Salve Sir speak at a function organised by my law firm, and he said he had worked in all areas of law except the family law. And boy, was he glad, because there is nothing dirtier than family law!

Of course he was right, family, which is meant to be built on love and blind trust is juxtaposed to the bitter battles of brother fighting brother; or daughter fighting parents or husband fighting wife. Family knows no laws and rules, hence, it is odd to have an entire field of specialists, courts, jurists, lawyers dedicated to this field.

Issues in the Indian family law

In fact, this branch of law, is more complex and incomprehensible than any other. The Indian family law is a combination of personal and customary laws followed by various groups of persons. Hence, it is different for different persons and changes with the religion, caste, region and even gender of a person.

Broadly, these personal laws have been codified into statutes like the Hindu Succession Act, the Muslim Women (Protection of Rights on Marriage) Act, the Indian Divorce Act etc. However, each statute gives ample space for customary practices followed by different communities. Hence, it ends up legalising polygamy, polyandry or even incest for certain communities while barring the same for the rest!

Another anomaly of the Indian family law, is that it is not evolving to keep with the changing times and it is a far cry from being a reflection of our society. The hitherto changes to the codified part of Indian family law have been hammered down by women activists, astute legislators and jurists.

The changes to the triple talaq law or amendments to the hindu succession laws have not been automatic or organic and have been forced through by persons on the receiving end of unfair and outdated customs.

We live in an age where the creepy eyes of the section 377 of the IPC in the bedroom of unsuspecting individuals have been shot down by the judiciary and where privacy and right of individual expressions have been given the status of fundamental rights, essential for the growth of an individual. In such times, do we really have space for archaic customary practices and unequal laws, triggered by unfair traditions?

Every minute we allow the Indian family law to be governed by customary practices, we do disservice to those who are subjugated because of it. Let it be the muslim woman who is denied her right to property or the christian woman who is denied a divorce from her adulterous husband.

A fighting family is always ikky, but the least we can hope for are that the governing laws remain fair and rationale, passing the basic threshold of natural laws. We definitely need a reboot of the Indian Family law, in the name of progress and development. 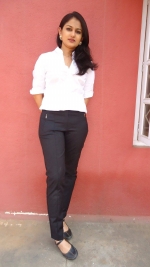 Worked as a lawyer for 4 years, after which joined the Indian Revenue Service. I