If The ‘Greatness’ Of Anasuya Is In Regressive Ideas Of ‘Chastity’, Should We Celebrate Her?

Anasuya’s story makes me wonder – should successful women who toe the patriarchal line be celebrated as 'feminist' even if they are empowered?

Anasuya’s story makes me wonder – should successful women who toe the patriarchal line be celebrated as ‘feminist’ even if they are empowered?

Anasuya, one of the Seven Great Women of Hindu mythology, was certainly a powerful woman. However, is she also an example of how women are sometimes the foot soldiers of the patriarchy?

There are many stories in Hindu mythology that extol the virtues of chastity in women, but the story of Anasuya is both one of the most potent, and also one of the lesser known.

Her chastity and devotion to her husband, Atri was so unflinching, that she became powerful in her own right. Among other things, she made trees grow fruits, and the Ganga flow when a drought struck the land, and was even able to grant life and undo curses, as the story of Sumanthi shows.

How siding with the patriarchy can be beneficial for some women

Narada, being the mischief maker that he was, once made the three Goddesses, Lakshmi, Saraswati and Parvati, jealous of Anasuya, by praising her excessively. Upset that a human woman was so respected, they asked their husbands, Vishnu, Brahma and Shiva, respectively, to do something that would make Anasuya ‘unchaste.’

In response, the Gods chose a time when Anasuya’s husband, the sage Atri, was not at home, and approached her as three brahmins begging for alms. When she invited them to eat food, they evoked the ‘athithi devo bhava’ (the guest is God) dictum, to make an unusual request — that she should serve them in the nude.

Unfazed, Anasuya sprinkled the water she used to wash her husband’s feet on the three Gods, turning them into babies. She then fed them unclothed, as a mother would feed her infants.

The Goddesses, who were anxious about the fact that their husbands had not returned, went to Atri’s ashrama in search of them. By this time, Atri himself had also returned, and he had divined using his siddhi, that the three babies were actually the holy Trinity.

The Goddesses begged the forgiveness of the couple, and asked for their husbands back. Atri and Anasuya agreed, with the condition that she wanted to be their mother. The Gods, now back to their original forms, obliged by merging together as one baby – Dattatreya.

I am all for the thwarting of sexual harassment in this story. What the Gods did is undeniably wrong.

However, Anasuya’s power comes from the fact that she is ‘chaste’ and submissive to her husband.

There is nothing wrong with being faithful to one’s life partner. Chastity though, is a patriarchal idea, because it puts a woman’s honour and worth in her vagina. It is a way to control women’s sexuality, and it views women as ‘property’ that needs to be protected and not as people, who have agency.

Anasuya stays within the lakshman rekha drawn by the patriarchy. The implication is that women who do not stay within the patriarchal boundaries are not worthy of respect.

In today’s world too, there are women who make this patriarchal bargain. They ‘adjust’ to following regressive customs and patriarchal rules to gain some power, despite the fact that those same rules and customs are often used to oppress other women.

Apart from this, the story also heavily leans on the stereotype that ‘women are a woman’s worst enemy,’ by presenting the Goddesses as petty, and willing to bring down a woman, just to feel good about themselves.

Keeping women isolated, by not allowing them to trust each other, is one of the patriarchy’s oldest and most effective tools – and this story shows us exactly that.

Men will be men, but women must be perfect?

In fact, another story about Anasuya, illustrates how she advocated for women to be submissive even in marriages where the husband was unfaithful or wicked.

While in exile, Rama, Sita and Lakshmana, visited Sage Atri. The sage insisted that Sita spend some time with Anasuya. During their meeting, Anasuya gave Sita a few precious jewels, and am ointment that would forever keep her ‘beautiful.’ She also gave Sita advice on how to be a good wife.

She calls the women “whose hearts follow their passions and conduct themselves dominating their husband,” evil, and warns that they will earn only dishonour.

This reeks of internalized misogyny.

It is convenient for the patriarchy to have women compliant and meek, even when men are cruel or wicked, and women who use their influence to keep other women oppressed, while personally benefitting, are the foot soldiers of the patriarchy.

A successful women is not always a victory of feminism

We often glorify the successes of all women, as being a victory for feminism.

However, is it really feminism, if the women don’t use the power and prestige they have gained to better the lives of other women around them?

Are they feminists, if they actively contribute to the vilification of women who choose to not follow unjust and regressive traditions?

Is it feminist thing to do, to stand by passively, as men rape, abuse, gaslight, or control the women around them?

If they ‘choose’ to follow regressive customs, thereby ignoring the fact that women less privileged than them do not have that choice; or if they force other women to make the same ‘choices’, is that a feminist choice? There are enough women at the top in many fields who are proof of this, women who are looked up to as role models by many..

Women in general, are not the enemies of other women. There are many women who lift up, support and encourage their sisters. However, some individual women are indeed the foot soldiers of the patriarchy.

We must be careful then, in choosing who we celebrate, and who we take to be our role models. 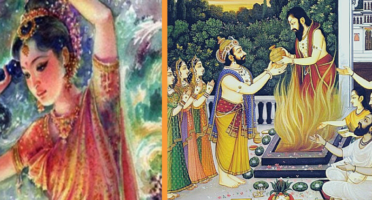 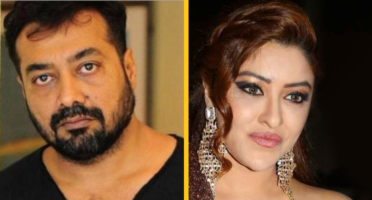