Both Were Sick And Had Left Children At Home To Go But Why Was Only One Of Them The ‘Real Heroine’?

Despite being sick, she was expected to clean seven houses without respite or being able to tell anyone. Who was the real heroine, then?

She wasn’t keeping well for the past few days. The fever racked her body continuously at night. Thankfully, the paracetamol tablet that the akka from the house with the garden had given brought down the fever a bit. And by morning, she was able to get up and go to work.

There was an immense load of work – five apartments and two independent houses to sweep, and scrub, the vessels needed to be washed, dried and put away. And the garden house, as she called it, would be the last one.

Her sickness was the least of her problems

By the the time she reached there, she would be drained and on the verge of collapse. The lady would treat her to strong coffee, unlike at other homes, where they diluted the decoction with water and just add more sugar. She would also give her portions of morning breakfast and some motherly advice.

Back home, her two young daughters would’ve managed the house and finished some cooking. They wore old clothes and went to the nearby government school where they got free lunch. She would smile as they laid before her the meagre fare.

The sumptuous feast that the apartment tenants enjoyed made her long for a tasty, nutritious meal. They paid her well but offered her no part of their repast. The money she earned went in paying the moneylender whom she’d pledged her jewellery when emergencies arose at home.

When you’re famous and beautiful, everything you do is news

Today, as she dragged her body toward the apartment block, she felt miserable. She almost collapsed at the door and the lady gave her a stern look, ‘Your quota of holidays is over for this month.’ The lady softened as she saw the pain in the other woman’s eyes. ‘Alright, wash the vessels and go. There is a viral fever going around town. Don’t pass it on to us.’

As she passed the sofa in the hall, she saw the last page of the newspaper open. The picture of a famous movie star caught her eye, she looked resplendent in her shiny clothes and jewels adorning her body.

‘What does it say, amma?’ she asked the lady of the house who bent down to read the piece. ‘Oh. She’s running a viral fever. But still shot for the movie. The piece talks about how she left for the shoot leaving her little one at home and drove to the location though she was running a temperature. Hmm. When you’re rich and famous and beautiful, everything you do becomes news.’

As she cleaned, she realised something

The help silently moved to the kitchen sink which was overloaded with dirty utensils and silently began scrubbing them. As she finished the entire pile and began drying them, she caught sight of a slender frame, almond shaped eyes, pouting lips and lustrous locks.

A veil of sorrow and emancipation covered everything as she thought of the impending visit to the doctor and the expenses that would follow. As she made her way out, she decided to ask for another pack of tablets from the akka in the garden house. The fee that would be paid to the doctor would come in handy in buying some books for her girls. 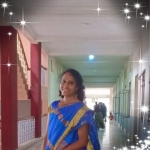 Your Domestic Helper Is Just An Ordinary Woman Like You. Can You Empathize?