"The thing is, cooking is not my forte. Never has been." Check out Those Delicious Letters, a novel about food, family and love, by the bestselling author of Bong Mom's Cookbook.

“The thing is, cooking is not my forte. Never has been.” Check out Those Delicious Letters, a novel about food, family and love, by the bestselling author of Bong Mom’s Cookbook.

Soon after her fortieth birthday, Shubha starts receiving letters with traditional Bengali recipes from a mysterious lady in Calcutta claiming to be her grandmother.

Never one for cooking, but drawn by the nostalgia and lured into the delicious world of forgotten food, Shubha starts experimenting with the recipes. The dishes are an instant hit with everyone she knows – everyone except Sameer, her very busy husband. As Shubha tries to find the mysterious writer and her own life begins to unravel, the notes from a bygone era give her courage to take a second chance at life. Torn between the taste of success that the letters bring her, and the need to save her marriage, Shubha must find the perfect recipe for love.

Kajol was indeed desperate. She had started this small publishing company in the hopes of publishing a Booker Prize-winner some day. Forget a Booker, we had not been able to get a single author to publish anything with us. The local church and neighbourhood stores were our only clients. Their annual brochure, monthly newsletters and colourful flyers were all we had managed to publish till now. In dire situations, Kajol had even decided to write the great Indian-American novel herself, but with her flitting mind and hundreds of other interests, she was unable to find a story to tell.

Last year around November, it was at a Bengali community Durga Puja that Kajol had sought me out. Dressed in a black chikan kurta, leggings and dangling silver earrings which were shaped like a damru, she had popped up while I was standing in queue for the puja anjali, my palms folded around damp marigold and rose petals. Trying to scramble my memories I had fumbled guiltily. ‘Kajol.’ My memories immediately sorted themselves out at that name. Who could forget the girl who had bet with the cafeteria cook and devoured all his fish chops in a record fifteen minutes? Later at the hostel it had been a harrowing night for all of us as Kajol retched and vomited and writhed in pain, promising she would never touch a fish chop again! Kajol was more a fellow hosteller than friend when we were in college but that incident had brought all of us in the hostel closer. ‘Kajol Banerjee? Comparative Lit ’96? You still don’t eat maach’r chop, do you?’ I beamed.

Now Kajol, as typical of her, had started this tiny publishing company a few months before we met. She had been through a bitter divorce, left her job at a Page 3 kind of magazine, and had just ventured out to live her life anew. Right-to-Write was her baby and she had invested almost all her savings in it with no clear business plan.

I was unemployed and volunteering at the local library at that time. When Kajol asked me to join her with no salary but a 20 percent stake in the company I had agreed without so much as even asking how much the profit was.

Turned out there was no profit!

The thing is, cooking is not my forte. Never has been. Chopping onions had me in a tearful puddle; the sizzle of red chillies in hot mustard oil made me sneeze like crazy; and tossing cauliflowers in hot oil had left many a burn on my arms. When Ma was around, she hardly ever let me in the kitchen, shooing me away every time I wandered in.

‘Go study now and get into a good college. I will teach you to cook when you need it,’ she would say, dismissing me with a flutter of her hands. Well, she didn’t wait to see if I needed it. She was gone even before I went to college! I always felt angry that she did not keep her promise, cheated that now I would never know what secret spices she put in her fish curries. And then later, I never felt the urge to pick it up on my own.

But I had always liked good food, a carefully crafted meal, the family sitting down at the dining table at the end of the day. In the first few years of my marriage, I even hung on to that warm glossy image, carefully laying a table, arranging flowers and placing the right silverware every evening. In that fancy set-up I served egg curry and rice, day in, day out.

Sameer said little and I thought he was enjoying my routine meal until one day he blurted out the truth. ‘Shubha, you don’t have to go through this every day you know. Why don’t you relax while I cook dinner from tomorrow?’

I had agreed with secret relief. So, Sameer started cooking our meals, exotic dishes named methi murg, badami fish, makhmali paneer tikka, from his collection of cookbooks. He was good at it.

If nothing, Sameer is supremely self-sufficient. Very unlike the usual mollycoddled Bengali sons. If he wants, he can cook a seven- course meal and change fitted sheets like a pro. It is another thing that he doesn’t ‘want’ to do it and so I am left with all the drudgery of housework. But if I just happen to vanish from the face of the earth tomorrow, he will sail through life without worrying about where the next meal will come from or what washer setting is best for delicate cotton. 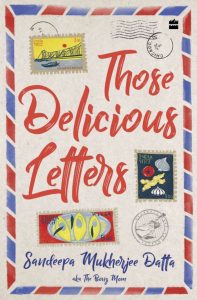 ‘You are sooo lucky, Shubha, I always tell Saty. Had I met Sameer while I was single, I would have married him straight away. Saty toh cannot even vacuum right. He doesn’t get the corners at all. Babe, you cannot imagine how easy your life is,’ Anju repeats in her nasal voice every time we meet. I am not sure what she wants – a Hoover or a husband.

It always strikes me as strange that someone like Anju would marry Saty. Her husband Saty aka Satyajit has the looks of a hunk, but if I may say so, is a bit off in the head. He seems to have no voice of his own and is always nodding to whatever Anju has to say, like a puppet with a bobbing head.

Author bio: Sandeepa Mukherjee Datta is Bong Mom, the nom de plume behind the very popular blog ‘Bong Mom’s Cookbook’. She has been entertaining her readers with food and stories for over ten years and is the go-to source for Bengali cooking on the web. An engineer by profession, she lives with her family in New Jersey, USA.

If you would like to pick up a copy of Those Delicious Letters by Sandeepa Mukherjee Datta, use our affiliate links at Amazon India, and at Amazon US. The movie Julie & Julia blends classic French cooking with the determination of women to rise above their odds, to make a potent cocktail. A must watch.

The movie Julie & Julia blends classic French cooking with the determination of women to rise above their odds, to make a potent cocktail. A must watch.

Let me begin by dropping a few hints on why I may possibly have liked this movie. It has food. And blogging. And women reclaiming their aspirations in life. There you go, that’s a pretty irresistible cocktail to me!

These Delicious Biryani Recipes From Star Food Bloggers Will Spice Up Your Sundays! 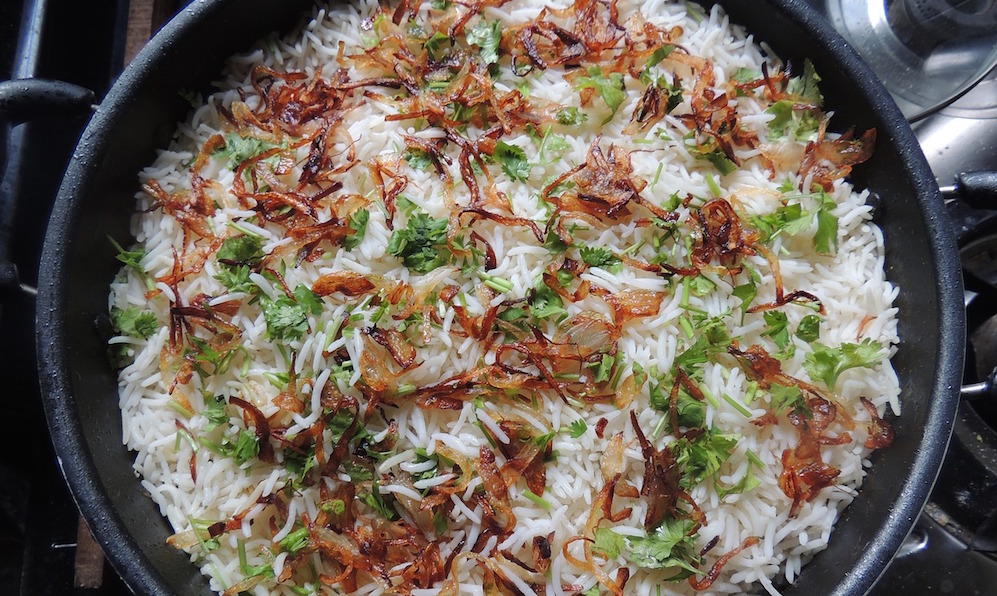 Sundays were our home’s official ‘Biryani day of the week’. Our home would be filled with the irresistible aromas of Basmati rice, whiffs of succulent mutton in the air, pungent and arousing smells of ginger and garlic, an eclectic mix of the various infused spices – the sweetness and spiciness of cinnamon, the sharpness of cloves, the royalty of shah jeera, the boldness of the bay leaves, the fieriness of green chillies and the perfect tango of fresh mint and coriander leaves.