As A Young Woman, Indian Matchmaking Left Me With Second Thoughts About Marriage!

The Indian society is trying to break stereotypes, but Indian Matchmaking just adds fuel to the fire. It left me with second thoughts about marriage.

Ranking no.1 on Netflix India, the story rather, documentary revolves around how the matches are made for an arranged marriage in India. The only thing I found amusing was the editing. I felt that the editors of the show have done really their job to bring out the best in the show.

The main character is a popular matchmaker from Mumbai (typical right?) Her job is to find matches or life partners for her clients based on their preferences or criteria. She works out the best she can to find a perfect match.

Why does she deal with only the rich and NRIs?

But why does she deal only with rich people and NRIs? If so, the title of the show should’ve been either ‘Wealthy (North) Indian’ Matchmaking or the ‘NRI’ Matchmaking. Dude seriously! India isn’t all about Mumbai or Delhi nor does the country end at the state of Maharashtra. What has been filmed is just less than one percent of our society (psst… I included South Indians too. We too are Indians right?)

While the modern Indian society is trying to break many stereotypes of our nation, this show just adds fuel to the fire. The matchmaker herself takes care of the compatibility between the couple. With astrology, and the couple’s face reading, she also goes one step ahead. 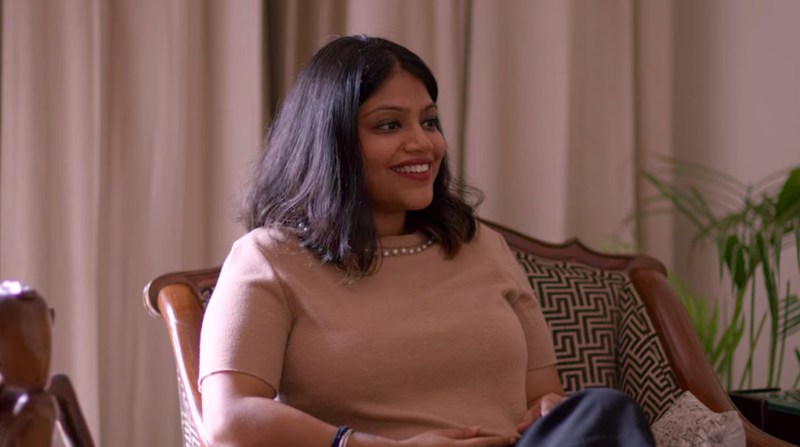 Whichever client, she cannot find a right match for, is recommended to visit a relationship advisor. But does this entire astrology compatibility thing work out after marriage? Or do they even live a happy life after taking so many ‘precautionary’ steps?

Why do we still have such regressive thoughts even in 2020?

Few general criteria of the clients were acceptable. But what disturbed me the most was the rich mother-in-law showcasing jewellery and grand clothes. She says all that will be passed on to whoever marries her second son. To make it worse, the son expects his wife-to-be to stay at home and take care of him (just like his mom does) and his kids. Sad to witness that such people still exist in the 21st century.

What this show taught us overall is the misconception of how our nation is exposed to the outer world. I would suggest that the director and other creators of the show took a little more peek into our society. In the meantime, we also need to work a little harder to change this mindset of the patriarchal society. Sadly, this is the show ranking no. 1 on Netflix India.

A 23 year old who now has second thought about marriage.

Indian Matchmaking @Netflix – Do We Really Hate It? Or Do We Just Feel We Have To?