The story of Manipur’s Princess Sanatombi and the colonial Agent Maxwell written by Maharaj Kumari Binodini Devi is a gripping account of love, hate, family, power, and politics.

The story of Manipur’s Princess Sanatombi and the colonial Agent Maxwell written by Maharaj Kumari Binodini Devi is a gripping account of love, hate, family, power, and politics.

These were two important personalities during the crucial period in the colonial history of Manipur.

Binodini’s book “The Princess and the Political Agent’ is an English translation from the Manipuri “Bor Saheb Ongbi Sanatombi”. The book covers the period from 1819 in the erstwhile kingdom of Manipur till Sanatombi died in 1906. The period covers the reign of the Meitei Maharajas, and the onset of colonial rule. It saw war, devastation, feuds, and fall of sovereign kings, one after another.

It is a significant period of transition and change for/in Manipur. Given the backdrop of the story, the account of the life of Sanatombi is intriguing. Not only is the book engaging, a good read, or a sensational romance between two people divided by enemy lines but is also intertwined in the socio-political setting of the time. Binodini takes you to the other side of royalty and describes the churnings behind the scenes in the Meitei kingdom. The book offers you a peep into the lives of the royal women. The author details their roles, responsibilities, and most of all their influence, even powerlessness in domestic and public spaces.

The original “Bor Saheb Ongbi Sanatombi” was published in 1976 and won the Sahitya Akademi Award (1979). It took Binodini more than 10 years to complete the story. She mentioned in the foreword that she wanted to write the book since 1965. It could not be written for “lack of courage to take up the story of a large life”. She wrote, “I tried twice, but failed”.

Binodini writes with a pang of guilt as she seeks forgiveness from Sanatombi in the opening dedication of the book. A princess herself and from the same royal bloodline, Binodini’s subject and central character Sanatombi was her paternal aunt. Perhaps, Binodini felt that her royal aunt would not have approved of her writing this story.

Sanatombi’s life was a hush-hush affair, but an already open book at the time. Though the author says the book is a work of fiction, it is a history of real people. The life of Sanatombi, the princess who fell in love and became the wife of the colonial agent, the enemy of her people.

The English translator, Somi Roy mentioned in his note that back in 1976 when the book was first published it took Manipur by storm. People were not ready to accept that their beloved princess surrendered herself to the colonial Saheb – the enemy. All the more, Sanatombi was already a married woman by the time her life became entangled with her lover, who himself, as per the author’s epilogue, was also a married man. The conservative and culturally sensitive Meitei society was not able to come to terms with the events that were unfolding.

People loved her, people hated her. The infamous love story was popularly known as “The Maxwell-Sanatombi Scandal”. Her Highness Sanatombi became an outcast, ostracized by her own royal family. Her mother lamented, “All is lost, your mother is lost, I am lost, my sovereign husband, I am lost”.

She was eventually being turned into an imaginary character in public memory. Binodini writes that her aunt was remembered as a “legend” in public memory. She wrote, “Most of us take Sanatombi, the native wife of the big saheb as a legend. I heard snippets of stories about her when I was little. I had also heard children sing, Sanatombi you are lost to us… I had thought it was long ago, but it turned out to be not that far back”.

Binodini writes from her heart. What is obvious is her brutal honesty and bravery in telling what she believes is the truth, however unpalatable. She does not mince words. She tells stories as it is, or as it were. Binodini appears to be a keenly observant. Her works depict a deep understanding of her environment and society.

Lovingly called “emashi”  (a title for Manipur’s royal mothers) most of Binodini’s central characters in her stories are weaved around women. From her works, it appears her thoughts and imagination are well beyond what the society could comprehend in her times and to some extent even today. Her work Imagee Ningthem in 1981 an internationally acclaimed film, is well beyond the time to grasp the central theme and characters she portrays.

Binodini is not a feminist per se. The Princess and The Political Agent is not out-rightly feminist. Nevertheless, somewhere between the lines, from the strong women characters she portrays, there is a subtle connection to the “personal is political” but overall it cannot loosely be termed a feminist work or feminism. A strong women characters or women-centric stories does not necessarily make a writer a feminist. Moreover, Binodini covers a variety of subjects in her work of literature. She does not restrict herself to a single line of women or female protagonists or women-centric stories. 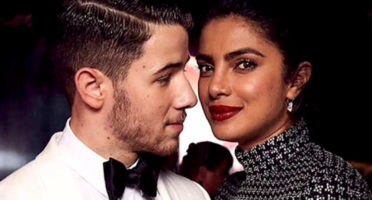 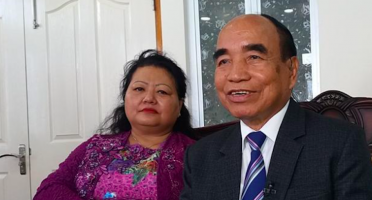 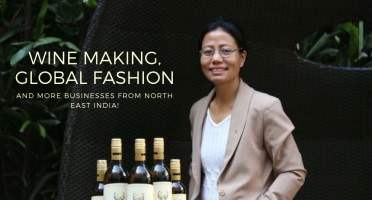