Joyce Carol Oates’ Story ‘The Girl With The Blackened Eye’ Fills You With Terror And Leaves You Angry At The Same Time!

Part of an anthology, Joyce Carol Oates' 'The Girl With The Blackened Eye' is a short story that leaves you as shattered and broken as the protagonist.

Part of an anthology, Joyce Carol Oates’ ‘The Girl With The Blackened Eye’ is a short story that leaves you as shattered and broken as the protagonist.

Trigger warning: This post contains details of sexual abuse, abduction and rape which may trigger the survivors.

Short stories leave an indelible mark, for they touch upon a piece of our lives. ‘The Girl with the Blackened Eye’ is a short story by Joyce Carol Oates narrating an unnamed woman’s shattering experience of being abducted, raped, and tortured. Oates sets the incident in the 1970s, but it could have been any year, anywhere across the world, the emotions simply permeate to you.

There are two narratives within this short story – the incident as it happened to the fifteen-year-old girl. And the second, of the older woman from the perspective of a survivor.

She is anonymous yet her story resonates with you

I had read Mary Swan, the Canadian Novelist and Short Story writer, stating that a short story is the child of poetry and journalism. ‘The Girl with the Blackened Eye,’ becomes more than the stated fusion, with the graphic and emotional details of a fifteen-year-old rape survivor.

Here, the protagonist neither demands sympathy nor a heroic welcome from the readers. She wishes to be left in the anonymity of her identity. She ensures a blissful life to exist around her without revealing her dreadful story to her children or husband. This conscious effort to bring a sense of normalcy to her life is what leaves you shattered and torn. You realize the pain, the physical pain, and the mental trauma that stays with the survivor for an entire lifetime.

“This black eye I had, once! Like a clown’s eye painted on. Both my eyes were bruised and ugly but the right eye was swollen almost shut, people must’ve seen me and I wonder what they were thinking, I mean you have to wonder.”

It was one moment of meeting the wrong person

The story begins with an inverted reality presented to you with a girl with one blackened eye looking out of a car window. She is wondering what the onlookers might be thinking about her. As a society, we always think of knowing others’ opinion. And how they perceive an incident but never understanding the intricate emotional conversation inside the head of a victim. I understood that a story shouldn’t just carry the view of the bystander, rather, it should be the voice of the survivor.

The young girl believes that the onlookers who see her with a blackened eye would try to infer her to be the daughter of her abductor. Denial is the easiest option for the onlookers who effortlessly want to slip into their comfortable lives instead of being pulled into a harrowing reality. Exactly as the girl perceives, nobody questions or bangs on the car window. Had anyone tried to do so, this young girl would have been saved.

In a flashback, you meet the fifteen-year-old girl. Her momentary decision to be in the parking lot of a mall, led to her meeting the wrong person. A normal routine for a teenager turns into an ordeal of eight days. She is left solely to the mercy of her perpetrator and her release isn’t the heroic deed of the society or the police.

The distancing hurts you more than anything else

It is the distancing hurts you the most. This survivor keeps addressing herself as ‘that girl’ for she doesn’t want the incident to be dragged from her past to ruin her present. She is sure her husband couldn’t have handled this incident and she doesn’t want her daughters to know.

Her own family, who helped her recover, brought about a wall asserting the absence of any violent incident from the past. But surely, this woman today, twenty-seven years down the lane, still remembers the incident, down to every bit of the detail. She suffers silently, an inability to look at her face in the mirror without remembering ‘that eye.’

Our shared emotions as women resonate throughout the story. As a fifteen-year-old, I thought of every elder adult male around me to be of my father’s age and attributed him with the same fatherly virtues. Exactly the way this girl felt at that moment in the parking lot. How would you differentiate between a fatherly figure and a predator in an instant?

Her words are haunting and echo our thoughts

Within this restricted ambit of a short story, Oates takes us through the plethora of feelings of a survivor, her relation with the abuser. As well as her mind’s constant struggle to stay alive beyond everything. There is a constant thought at the back of her mind that ‘she maybe deserved it.’

Sadly, the abuser takes her with him for the abduction of another woman. As she sat on the back seat of the abuser’s vehicle, she could predict what would happen to this woman. Yet she seems to have no power to change the circumstances for the new victim. With her, we also take the back seat and are reduced to being an onlooker chained down by the heavy metal of dormant outrage.

‘I was holding on to being alive the way you would hold on to a straw you could breathe through, lying at the bottom of deep water. And that water opaque, you can’t see through to the surface.’

The story reiterates the word ‘forcibly abducted.’ As an investigator, one would question her inability to escape in these eight days? She tells us she had an opportunity but her famished physical and mental state froze her.

You relate to her and her agony

The physical and mental frigidity questionable by outsiders plays a major part in the victim’s decision-making skills. In many ways, this short story kept taking me to ‘3069 days’ by Natascha Kampusch. Where she shares her ordeal as a ten-year-old abducted by a stranger, abused and imprisoned in a dungeon until her escape eight years later.

Without knowing the name or anything about ‘The Girl with the Blackened Eye,’ you could relate to her agony. You know she has buried this incident in the past, there is a family of her own now. But there is still this indescribable haunting quality to this story.

You know how numb she was, you know she cannot remember her abuser’s face distinctly and the strength the abuser took from her weakness. Yet the scary part being our lives go on while someone somewhere is dealing with abuse.

This story is a part of the collection ‘I Am No One You Know’ by Joyce Carol Oates published in 2004. ‘The Girl with the Blackened Eye’ appeared originally in Witness, 2001. 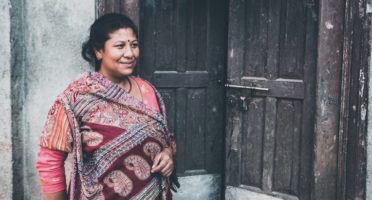 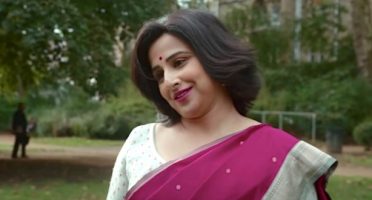 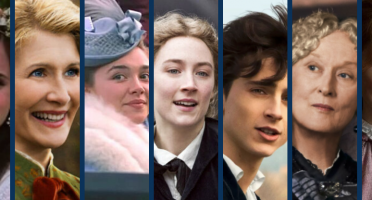