The ‘Bro Code’ That Makes A Man Respect A Woman Because ‘She Taken’, Not For Her Own Self!

It's crazy how men have a bro code where they will not hit on any girl seen "taken" but won't respect a woman's autonomy unless she really gives it back!

It’s crazy how men have a bro code where they will not hit on any girl seen “taken” but won’t respect a woman’s autonomy unless she really gives it back!

That’s a very common questionnaire line you come across as a female while chatting with a stranger male on an online platform.

In our country, the mindset of people is that if a girl is not engaged, then they have a right to hit on her with their cheesy pick-up lines. And people don’t stop merely at these pickup lines. It can get serious, and these stalkers can end up blackmailing you to get into a relationship, even threatening suicide. Their desperation becomes so obvious with time.

As I mentioned, the desperation becomes obvious only with time. So I’d suggest people take a precautionary step to stay away from such jerks, considering my really bad past experience with someone like that.

You can be online on a job search portal such as Linkedin, or a social media portal such as Facebook and you’re responding to these random people in the hope to land a good job or to get good publicity for your blog.

I am very active on LinkedIn and I love talking to random people when they come up with appreciation, or suggestions for my blog ideas or my new venture. I came across Mr. Jerk who disguised his intentions behind an appreciation for my latest video. I felt flattered. And then the next questions were those I have mentioned earlier.

I asked him, why does it matter to him, whether I am married/engaged or in a relationship.

He answered, “I would close my options to hit on you saving myself a good amount of time since you’re already taken.”

Woah! Is that what they think of females? If you’re taken, then you’re not an option for them. In men’s language, this is called, brotherhood. They don’t hit on their friend’s girlfriend. I was amazed to find this brotherhood concept to be followed nationwide.

And my boyfriend wanted to “protect me”

I gave him a very apt answer to his questions. But fortunately or unfortunately, I shared the same instance with my boyfriend. He was infuriated with the number of people hitting on me online and offline on a daily basis. In an attempt to protect me, he asked me Mr. Jerk’s ID, so that he could give him a nice talk.

My boyfriend’s response amazed me further. I responded something like this to him:

“You know very well, I am a very private person. I don’t like to disclose my relationship with people. Married or unmarried, I would prefer to be asked of my interests. I am not known by my boyfriend’s or husband’s name. I have my own identity and I would prefer to keep it. I have already responded to him well and I prefer to fight my own battles. If you come to my rescue, people like Mr. Jerk would continue to ask the same thing in order to avoid such conflicts. Instead, they need to learn that if a girl is single/married, and she is not interested in a relationship with a stranger, then be it, and they need to respect that decision. Period.”

Probably, this little incident was learning for my boyfriend too. And respect is not only earned, but it’s a struggle with your loved ones and the rest of the world.

Also, whether I really had a boyfriend or this is a fictional character depends on your judgment. I am a private person and I am happy to keep it that way. 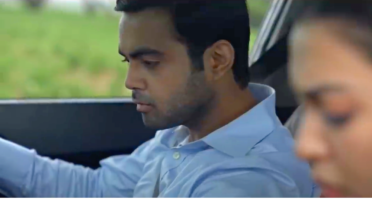 Just Because He's Under Pressure, My Husband Has No Right To Be Abusive Or Humiliating! 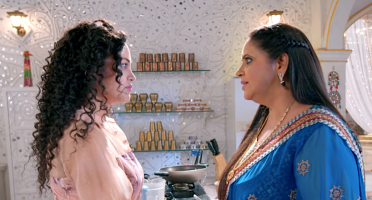 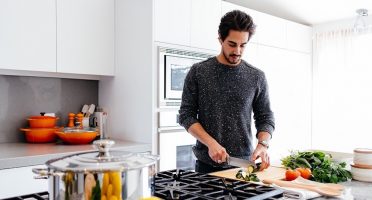