Indian Matchmaking. It's like an Ekta Kapoor serial met a Karan Johar film at a bar and conceived a baby with the nosy but kind next-door neighbor-type Sima aunty watching from the window all the time!

Indian Matchmaking. It’s like an Ekta Kapoor serial met a Karan Johar film at a bar and conceived a baby with the nosy but kind next-door neighbor-type Sima aunty watching from the window all the time!

We might complain about our politicians deserting us, but it’s Ekta Kapoor who really let us down during the lockdown. When we desperately needed our regular dose of saas-bahu drama to shake us out of our jhadoo-bartan-Dalgona coffee coma, it was Netflix that came to our rescue by nobly deviating from its regular sexy, sophisticated content, and giving us Indian Matchmaking, a show with a hefty dose of the sanskaar that we were all craving for.

Is it a reality show? Is it a social commentary on the dystopian world of marriage fixing? No, it’s an unintentionally hilarious spoof of an Indian soap disguised as a documentary on the Indian style of arranging marriages which became a runaway hit because the show is like watching a car accident. You are horrified by it but you still can’t stop watching it with dread and fascination.

The show is peppered with NRIs and filthy rich urban Indian families to add that KJo style of Bollywood glamour.

We are given innumerable glimpses of their immaculate houses, their fabulous degrees and exotic careers. No IITians here because, Monisha, that is SO middle class! There is only Columbia, Boston University and UCLA and businessmen, Wall Street lawyers, jewellers and…did I mention lawyers? There are a lot of lawyers. For a minute, especially around that time when Netflix asks you if you are still watching, you might think you were watching desi Boston Legal. It seems nobody wants to marry a lawyer because you never know when you will be out on the streets without any alimony.

Like any good Ekta-Kjo show worth its salt, this show is also a multi-starrer.

We are enthralled by abla nari Nadia, who bears an uncanny resemblance to Pocahontas in looks and spirit. Like any true Bharatiya Nari, she keeps apologizing for her one and only imaginary flaw: her Guyanese roots. She goes out of her way to prove her Indian heritage by being extra nice and sanskari and crying buckets. She is heart broken when her potential partner stands her up on the fifth date by giving her a flimsy excuse and doesn’t want to meet her friends either.

I wanted to give this sweet innocent child a hug and reassure her that men can do that to you even after 25 years of marriage and it’s not really a deal breaker.

The dude with the right DNA

Then we have a suave, Khiladi-type Pradhuman, who drives fast cars, plays fast and loose with the ladies, has a keen knowledge of expensive jewels and owns a closet that will only open with the right DNA sample. This guy is so out of an Abbas-Mastaan movie that even ordinary nimbu pani, Haldiram ka makhana and paneer become high tech with the addition of frozen edible flowers, liquid nitrogen and miso that bursts into flames.

There are other Bollywood characters in this mix. A side heroine-type pretty young thing with innocent doe eyes who is a well educated chartered accountant by day but turns into the perfect bahu when she meets the right guy. She wants to be a strong, independent woman, yet is perfectly happy to marry a dull-looking mama’s boy, who by his own admission, is looking for his mother in his wife.

Can we get more mainstream Bollywood than that?

This mommy is worse than the original Nirupa Roy, but while Nirupa Roy’s eye twitched, this mommy’s BP goes sky high whenever her over-the-hill 25-year old rejects a girl. As you can tell, she is the Yashvardhan Raichand of this show. Tiger Mama with her rigged BP machine is an expert at blackmail and even her husband seems afraid of her. You can tell she has everyone shaking in their boots because the older son won’t impregnate his wife till the younger son gets married.

Yes, you heard that right! She actually said that on a Netflix show. I hear she lost a big contract to rig EVM machines because even seasoned politicians are afraid to approach her. And little Ms Red-riding Hood chartered accountant still agrees to marry her son like a lamb going to the wolf.

‘Normal’ young girl going on vamp with heart of gold

We aren’t done yet. There’s a vamp with a secret heart of gold. In a filmy scenario, vampy Aparna would be the scheming bitch who hates everyone and cuts them down to size with her sharp tongue. In real life, she’s a normal girl who has had to grow up quickly in a single parent home so she knows what she wants and it scares the hell out of people.

There is also the big fluffy comedian with a shady past in the form of Vyasar and, just to appease the millenials and Tapsee Pannu fans, there is Rupam who finds her own guy without Simi aunty’s help and Ankita who decides that she wants to focus on her career and doesn’t need marriage to complete her.

It’s easy to see why this show caught everyone’s eye. It’s like an Ekta Kapoor serial met a Karan Johar film at a bar and conceived a baby with the nosy but kind next-door neighbor-type Sima aunty watching from the window all the time!

The popularity of this show just proves that we might openly curse Ekta Kapoor and Kjo for their many flaws and their ridiculous shows and movies, but there’s a part of every Indian – deep down, really, really, deep down – that will always belong to these two no matter how many Ayushmann Khurrana movies and Money Heist episodes we binge-watch on Netflix.

These two are so big that even Netflix had to bow down to their kind of entertainment, albeit cleverly disguised as a docu-series. And what does this say about the average Indian? It shows us that we may lecture and curse on social media, but when it comes to ourselves, we prefer the same old beaten path with all its evils because it’s too difficult to be the different one who stands alone. 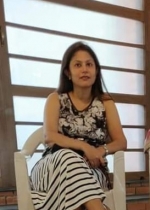 Ashwina Garg is a freelance writer and entrepreneur. She is the author of the best-selling book Spicy Bites of Biryani and has contributed to the anthologies Twenty Shades of Love and Broken Bits of read more... 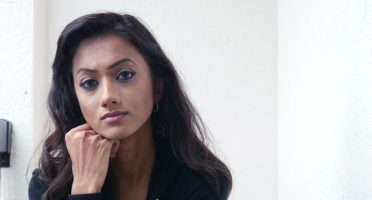 No, I'm Not A Snob Or 'Ghamandi'; I'm Just A 'Socially Unacceptable' Introverted Woman! 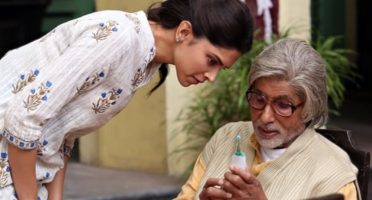 Why We Should Teach Our Kids That We, Their Parents, Need Them In Our Lives