Prassanna Gettu – An Angel Of The Distressed And Battered Women

Dr. Prassanna  Gettu is a simple and charming lady. Behind such suave and gentle exterior is a person exuding grit, determination and courage.

Dr. Prassanna  Gettu is a simple and charming lady. Behind such suave and gentle exterior is a person exuding grit, determination and courage.

She is the Co-founder and CEO of PCVC and an indefatigable savior of women in domestic and other violence!  A academician, She is Assistant Professor of Psychology at the popular WCC, Chennai,and  has a string of credentials. Perhaps she is one of rare practicing Victimologist in the world!

It was in 2001 that PCVC (International Foundation for Crime Prevention & Victim Care) was born. The story goes that three friends had gone to Tokiwa University, Japan, for post graduate study in Victimology and Victim Assisstance. They had been so overwhelmed with the victim assistance centers there that they desired to start similar center in their own city. Thus was born the popular refuge –PCVC. Initially it was housed in a one-room office in Parry’s Corner, offered by the father of one of the co-founders.

Within a year it became popular and astonishingly 99% of the victims were women! Most of them were sufferers from domestic violence. These women hailed not only from the lower and uneducated class but also from well-off and educated families. However, they preferred to keep their domestic sufferings concealed. It was taboo to discuss in public. But with the aid and encouragement from PCVC, they opened up their problems. However, their worry was where they would stay if they left their offensive homes. They could simply not stay in government-run homes. For them an undisclosed free asylum was provided. Here the women with their children including boys below 16 years could stay.

The problem of the victims was not mere physical cruelty but varied emotional violence. Gaslighting, sexual abuse, intimidation, bullying and blaming, financial dominance, stalking and dating were some ways of interpersonal exploitation. PCVC has a 24×7 toll free helpline with the help of Tamil Nadu Government and also coordinates with the Police department. It is said in a month they receive 50 calls from distressed women.

Not Satisfied With Theory

Prassanna was not satisfied with mere theoretical and academic course in Victimiology. Hence in 2002, she and a colleague took professional training in domestic violence from the U.S. For better understanding and experience the two ladies actually stayed in the shelter homes, mixed with the victims and obtained practical knowledge. Such training equipped them tremendously in tackling problems of not just domestic violence but also of the LGBTQIA+community.

In the beginning the organization faced a number of teething problems. Firstly, their dealing and approach to the problems of the victims was less organized. Gettu confesses, “We did not have a vision. If a victim came to us, we supported her in a manner we thought right.” But with experience they have become more “structured and practical.” She and her staff would get threatening from the families of the victims and violators. The fear was such that she would drop and pick her small children from school. She would also ensure her house was double-locked before leaving home! Hence PCVC sought the aid of All Women Police Stations in Chennai. This ensured their safety. They have also learned to avoid argument with the abusers. Even now the threats have not stopped but their passion and courage have helped them to continue with their mission. They also have a rehabilitation shelter for burn survivors- Vidiyal.

The inhabitants are not just provided with food and shelter; they receive legal, medical, counseling and other support for rehabilitation. The victims are made bold and more self-confident. Earlier, they were comforted and given solutions to their problems. This made them too dependent on the organization. Now they are encouraged to think of solutions and chalk out their own path of survival. Everyone has some strength and they are made to focus and develop on them. Many have returned to complete their education; some opt for professional courses like baking, tailoring and the like. They are given full support (moral and financial)to make them self-reliant!

Youth Unite and SHARP are programmes to sensitize people in educational institutions and workplaces about gender biases. Women must not tolerate violence in any form. They must value their self-respect. There has been a big change in the younger generation, who have self-confidence and fight for their respect.

Since 2005, after the other co-founders quit, Ms.Gettu with the help of the board members and staff has been essaying her responsibility with utter devotion.

Currently, she is NGO representative of Compulsory Sexual Harassment Committee of over 50 companies.

She has a number of creditable publications. Few of them are:

India: the state of criminology in a developing nation.

This year, she has been conferred with Anne Klein Women’s Award for which the prize money is 10,000 euros.

Yet this amazing lady confesses that her role in the organization has “been a learning” process and that her twenty years experience in this great service is worth a dozen Ph.Ds!

We are proud of you Dr.Prassanna Gettu. Carry on with your magnanimous service. 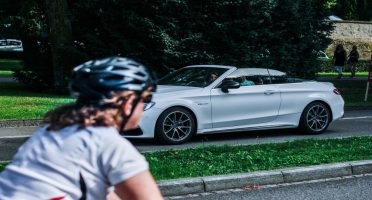