While researching cosmetic labiaplasty among women, filmmaker Lisa Rogers came upon the horrifying truth of hymenoplasty in South Asian communities.

Much has been written about the unrealistic beauty standards that our society puts upon women. The quest for the perfect waist, breasts, legs, or vagina not only shows the insecurities that women have regarding their bodies, but it also shows how they agree to take some extreme steps like hymenoplasty and labiaplasty surgeries to modify their bodies to conform to what society has normalized.

While I was familiar with the surgeries related to face, breasts, or buttocks, what I was not aware of was a surgery that alters the appearance of the vagina.

Recently, through a documentary film called The Perfect Vagina, I came to know about the surgical methods of labiaplasty and hymenoplasty that are being offered by hospitals across the world. While the former involves cutting off the inner labia (folds of skin surrounding the vulva), the latter deals with the restoration of the hymen in the vagina.

A quest for the perfect vagina

Lisa Rogers’ documentary called The Perfect Vagina was filmed two years ago. It focuses on the rise of vaginal cosmetic surgery especially labiaplasty in the UK, which is largely done for aesthetic reasons.

Through this documentary, Lisa tries to understand the reasons behind the growing number of women who seem to hate their vaginas and opt for surgeries like labiaplasty. What’s even more disturbing to know through this film is how even the teenage girls are convinced to go for these extremely painful procedures.

Pain of labiaplasty and hymenoplasty

The documentary is indeed hard to watch when a 22-year-old girl gets her bits removed and is even more dreadful to watch the post-op pain that she goes through after her surgery.

To know more about the procedure and the reason why women opt for it, Lisa talks to the doctors who perform these surgeries.

“Sometimes the requests for labiaplasty are very reasonable but quite often the requests come from women who want to feel they look like other women,” says a doctor in the film.

So, what constitutes a ‘normal vagina’?

There is a lack of understanding in terms of how a normal vagina looks. Lisa in her documentary tries to make viewers understand that the vagina varies from person to person. She talks about the enormous range of labia minora, which can vary from 20 to 100mm in women. She also questions why this has never been communicated to women in any way.

She not also projects the grim reality of these surgical procedures through this important film but also meets people like Jamie McCartney, a professional sculptor, who in the film casts around 160 vulvas to make an art installation called The Great Wall of Vagina – a sculpture to show people that every vagina is unique, and there is nothing wrong with that.

The concept of virginity in India has always been a conflicted one, where young girls from a very early age are taught to preserve it for their marriage. It is because of this concept, girls often refrain from getting into sexual relations before marriage.

However, what most people don’t know about hymen is that it can be easily broken by physical activities like biking or horse riding. Some girls are not even born with it.

A way to control women’s lives

In the documentary, a 16-year-old Muslim girl is shown to be begging for the hymenoplasty surgery to a doctor. She is afraid that if her hymen doesn’t get restored before her marriage then her life will be destroyed.

It is disturbing how women’s lives are controlled through their body parts and how it leads to various types of insecurities when they grow up. Whether they alter their body parts or not, they will always be judged by this horrendous society it seems.

As Megha Rao correctly puts it in one of her poems,
“I am not the simple break down of body parts,
the glamorous side to objectification,
another tool kit for ejaculation,
I am the ugly truth,
the bleeding tooth,
the need for diets and cosmetic surgery,
for breast enlargement and labiaplasty,
everything I do is a provocation!” 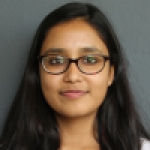 Kritika is a Delhi-based Journalist who hails from Chhattisgarh. She is a feminist and

For A Country Obsessed With Virginity – A Pill Now To Help You Fake Your Virgin Blood!