Without The Characters Speaking At All, This 4 Minute Short Film Shows The Rot In A Marriage

Dice Media's 4 minute short film Dabba Gul aka To Be Free, You Have To Let Go says a lot about communication and companionship in a marriage without saying a word.

Dice Media’s 4 minute short film Dabba Gul aka To Be Free, You Have To Let Go says a lot about communication and companionship in a marriage without saying a word.

Sometimes it seems like life is just going on and nothing is changing, nothing is new. We become so habitual of such a worn out life that we start ignoring each other’s feelings. We can’t see if our life partner is suffocating under the  burden of expectations. We just forget all the promises we once made, and do not even bother to ask the other how they are feeling.

Keeping in mind all such ignorance about the partner’s feelings and a lack of love in a relationship or marriage, Dice Media has made this film “to be free, you have to let go”.

In this short film, a housewife prepares a lunch box every morning for her husband while he gets ready for his office. To pass her time in the kitchen she usually listens to a radio programme. After getting ready husband comes in kitchen, hugs his wife, picks up his lunch box and leaves for his office.

This typical routine keeps on going for few more days. Soon you start realising that there is nothing much left in relationship. Two people are just living a monotonous life, with no idea for how long. Nothing changes, not even the food she packs, until one day the wife makes the decision to separate, and leave this relationship behind.

Her way to say that will wake you up. It’s silent but hits you hard. This film says it all without saying anything. The husband gets his surprise in the last lunch box.

This 4 minute film is a perfect example of how ‘action speaks louder than words’.

The background music of the film is just the everyday sounds of utensils. And the only dialogues are the radio in the background, like a disembodied narrator.

Created for the India Film Project

‘To be free, you have to let go’ has been made only in 50 hours. Writer and director Kushal Verma along with his team has made this film which was previously named as Dabba Gul, but later on it got changed. This short film was a part of the world’s biggest creative challenge, the India Film Project.

Beginning in 2011, this challenge has been organised in Mumbai every year. In the months of September-October creative people from all across the country came on board together, and take part in this mind-blowing challenge. Every participant is given 50 hours time in which they have to make a film. In this deadline they have to create something worth watching from scratch. Starting from concept selection, writing, acting, dialogue, direction, editing and submission, everything has to be done within this timeframe.

The anatomy of a marriage

Marriage does not just depend on trust, respect, and familiarity. We have been repeating the same thing for centuries, but forget to mention the most important thing.

Any relationship would be hollow if there is no communication. You may not realize the passing time but you will know if will ask yourself. Marriage is very delicate, you need to protect it. If you drag your relationship, you cannot sustain it.

So, stop a little, take a break, sit together, listen to your partner and to something new. Understanding is very important, but for that you need to talk. 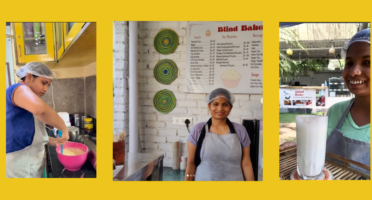