Egalitarian equality can only be achieved when besides the law or the statute the men of our country become more responsible and sensitive by keeping aside the male ego and wrong intentions towards women.

There are a number of laws which are legislated to provide a safe and secure environment to women, but these laws represent the concept of “formal equality” (equality in “law”) not the “egalitarian equality”( equality in “fact”).

Egalitarian equality can only be achieved when besides the law or the statute the men of our country become more responsible and sensitive by keeping aside the male ego and wrong intentions towards women. Male domination should be decreased in our country and that can only happen if we start to educate boys since their childhood about the etiquette and equality. As provided by our constitution under Art.14 (equality before law) to every individual from the time of their birth in India irrespective of their gender and infringement of this article is ultra vires. The doctrine of equality before law is necessary corollary to the contempt of the rule of law of the constitution. Fundamental rights have been considered as the heart and soul of the constitution, they are described in judgments as “transcendental”, “inalienable” and “primordial”. Even the state cannot encroach an individual’s liberty.

State Is Not Capable Of Denying Equal Rights

Then how can male members of the society do that with women when even the state is not capable to deny equal rights. Why have male members of the Indian society created taboos Just to show that they are superior.Even the justice system of India has proved few of the taboos created by men wrong as the apex court of India has given a few landmark judgments like the “Sabarimala temple verdict” that women aged 10-50 can now go inside the temple and similarly “No bar on women’s entry inside the mosque”. These are just baseless rules which are not even stated in any religious book. Just to prove supremacism one should not encounter the authenticity of the fundamental rights.(equality before law)

If we see it from a biological point of view what’s the difference between a male and a female??

The difference is just of a microscopic chromosome present in the gene.

Just by having a “Y” chromosome in the gene pool makes such a big difference??

That a person can go against the statute to be superior by proving the opposite camp as inferior. It is a disgusting thing and men of the Indian society should show their mentality in doing something for the welfare of the society (women and children) for a better tomorrow, lieu of claiming orthodox rules.

If we even talk biologically women are no less than men just besides few muscles and the “Y” chromosome we are equal in all aspects, according to the fact women human brain has more coiling than that of a man hence they can multitask more effectively. All the activities that men can do, women are capable of doing all that but men are not capable doing the activities that women can do on biological basis. 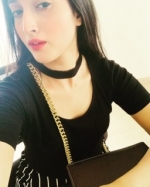