Am I In Your Family Only To Cook, Clean And Bow To You In The Bedroom?

Why do married women never feel welcome in their husbands' homes or even their parents homes after marriage? Where do they belong? Where is their home?

Why do married women never feel welcome in their husbands’ homes or even their parents homes after marriage? Where do they belong? Where is their home?

And one day, I asked myself, ‘Where do I belong?’ There I stood, staring at my own reflection, which eventually answered, ‘Nowhere.’

In the Indian society, for ages, it has been said that, after marriage, a girl’s house is the one where her husband lives. But o the in-laws actually accept the new member as a family member? If any of you say yes, I actually doubt that.

After taking the seven pheras, a woman becomes an integral part of the man’s bedroom, but she is hardly ever considered a part of the family. The couple may have been married for years but the woman is still considered an outsider.

You’re given a hard dose of reality when your mother-in-law informs you ‘formally’ that the house isn’t yours. That, basically means you’re in that house only to sweep the floors, wash the clothes, cook for them and most importantly, to give birth to an heir. And mind you, this better be a male!

Large kingdoms have been lost, their names trashed now, but our society still desperately wants its waris. As if that will immortalise them and their name! (This makes me laugh)

When women realise that their married homes aren’t theirs (though legally it is) they turn to their parents. And though their parents love them, they can’t keep their daughter with them, log kya kahenge, you know?

Knowingly or unknowingly, even the parents make these women realise that they have to be the ones compromising and stay at their in-laws’ house. But that isn’t our house either!

Why can’t Indian parents just tell their daughters, “See, whatever happens, what matters is your happiness. And we are here with you, no matter what decision you take.”

But why do we as women see ourselves with all these crutches? Why can’t we just stand alone and strong just like that? 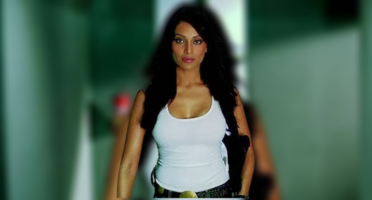 Why Is A Girl Wanting Her Rights Asked If She Is Trying To Be 'Equal To Boys'?