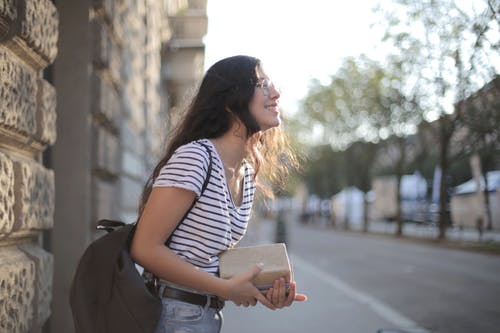 Is Life Truly About Roses Or Thorns?

When times are bleak and there is no light or hope, what truly makes the difference is holding our heads up high and making the best of what we have.

Rashi already had a daughter and son, then gave birth to another son after a few years. But the happiness was short-lived as the baby was diagnosed with Down’s Syndrome. She was shattered and devastated with this piece of news and turn of events.

She was barely able to cope with these circumstances when after 2 years, her husband passed away. This sudden mishap made her weak and fearful, wondering how she would cope with life and other situations hurled at her. With support from her family and friends, she pulled along with a facade of bravery and stoicism.

Everything started falling into place but

Everything started falling into place one by one. But she missed her husband terribly. ‘It was just not fair that he left them at the age of 35’, she thought to herself. Life did become miserable and in such a condition, there were many people to raise a finger at her no matter what she did. Tongues wagged if she dressed and went out, if she travelled and enjoyed; everything had a stigma attached to it.

Her children became her biggest support system, they had blossomed into lovely human beings. She had brought them up single-handedly with undivided attention and unconditional love, yet making them sturdy and strong. Along with this, she handled her family business and learned all the legal angles as well, with sincerity and dedication.

The apple of her eye

The apple of her eye, Rishi (the one with Down’s Syndrome) was like a rose in her life of thorns. He took care of her as a father, brother or husband would do, with tenderness and affection. Her other two children went to study abroad making a name for themselves.

She took the reins of her life in her hands like a warrior. As Arjuna focused on the bird’s eye while shooting, similarly Rashi’s attention was solely on her kids.

He was the most loving one

The strange thing was that Rishi was the most sensitive and loving one; his sixth sense was so strong that it surpassed a normal human being. One night when he was sleeping with his grandfather, his timely wise action enabled his grandfather to reach the hospital on time and saved his life. He was friendly and loved to mingle with people and enjoyed food greatly.

Rashi beamed at him, he responded with a divine smile and a warm hug. She embraced him tenderly for a long time with happy tears in her eyes looked forward to a glorious future. She muttered softly to herself, ‘I don’t think of all the misery but of the beauty that still remains’!

The rose bush outside her window bloomed with delight and smiled, too.

She Had Everything Inside Her, But Her Lack Of Self Worth Drove Her To Depression And Suicide!