An advocate of feminism & Dalit rights, these words by Dr B R Ambedkar are relevant even now. Here are 7 Ambedkar quotes on women!

An advocate of feminism & Dalit rights, these words by Dr B R Ambedkar are relevant even now. Here are 7 empowering Ambedkar quotes on women!

Born on 14th April 1891, B R Ambedkar has become a larger than life figure in our current political as well as historical discourse. He conquered the international academic world and became a research scholar in political science, law and economics.

This helped him gain quite an insight into society, inequality and rights. The second half of his career was characterised by his involvement in political activities and social movements.

Being a Dalit, he experienced and witnessed some of the cruel social injustices against the Dalits such as untouchability and segregation. While practising law in the High Court of Bombay, he tried to empower and uplift individuals who were branded ‘untouchables.’

Ambedkar quotes on women about the upliftment, women empowerment and equality have managed to motivate people for decades now. His words held the power to help people understand the importance and need for equality.

Other than that, he also believed that women needed to be educated in order for society to prosper. On his birth anniversary, it is important to remember him and his thoughts. Here are 6 feminist quotes by Dr B R Ambedkar to help us remember why we started this fight.

“Be educated, be organised and be agitated.” 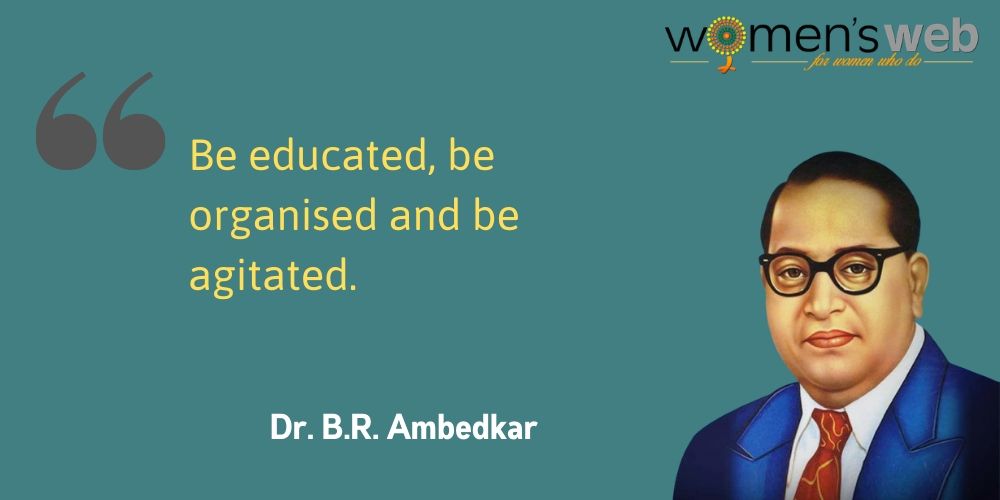 “Class is a state of mind.” 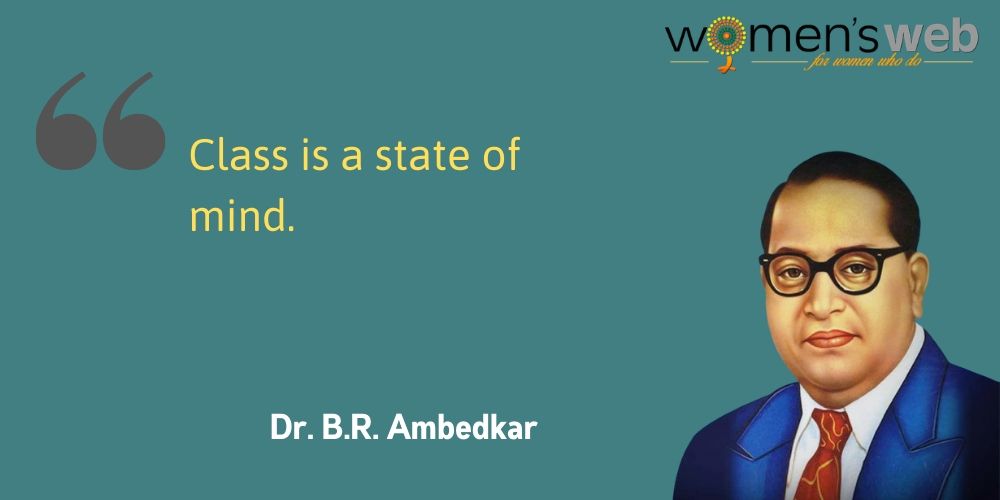 “I measure the progress of a community with the degree of progress women have achieved.” “The stories of women entering into public discussions with men on most abstruse subjects of religion, philosophy and metaphysics are by in no means few.” 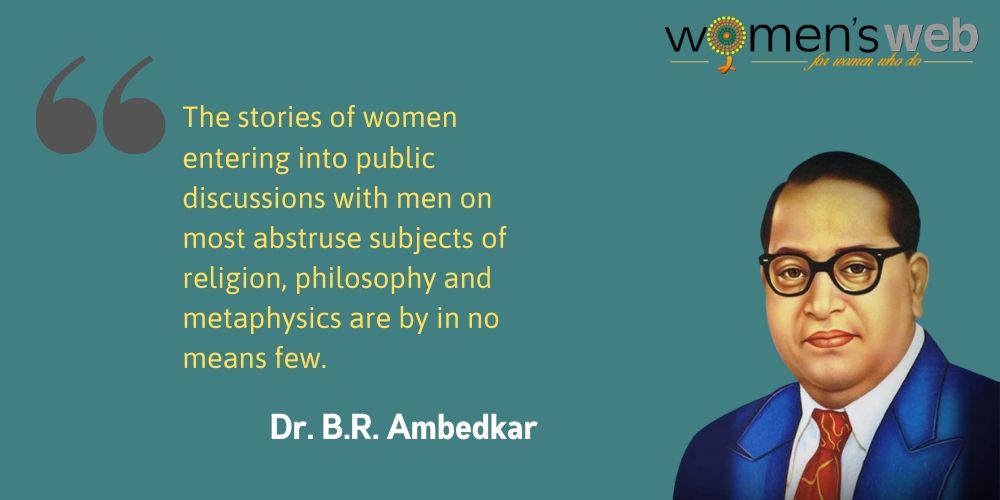 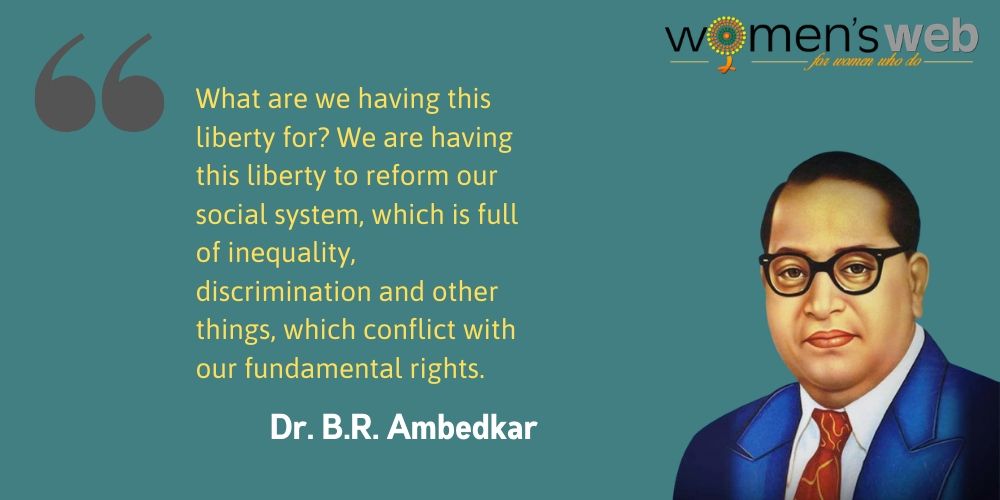 “We shall see better days soon and our progress will be accelerated if male education is persuaded side by side with female education.” 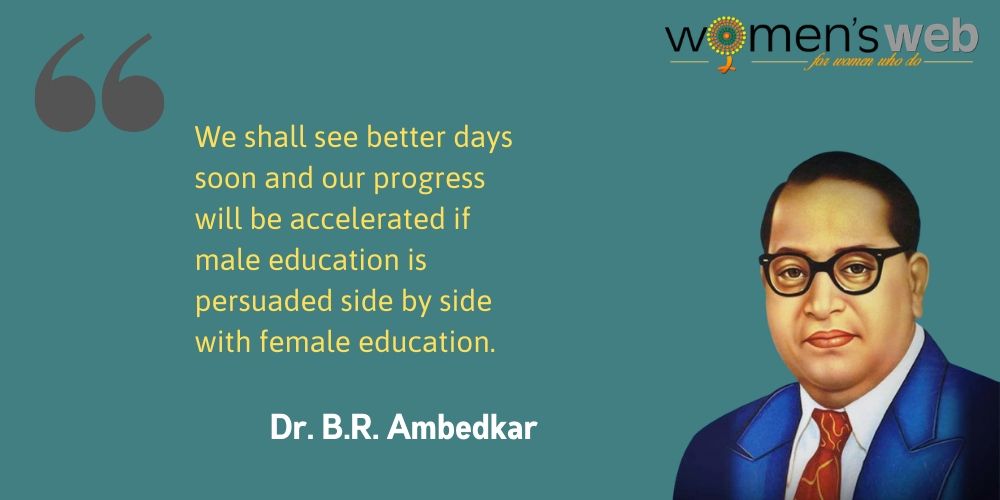 What are your favourite quotes? Let us know.