Women Are Great Sailors Too, Says SC, Giving Them Permanent Commission In The Navy

After Indian Army, the Navy, too, opened its doors for women. On Tuesday, SC announced women officers can sail as efficiently as men.

After Indian Army, the Navy, too, opened its doors for women. On Tuesday, SC announced women officers can sail as efficiently as men.

Right now, a lot of things happening around the world are making life seem extremely bleak. However, on Tuesday, the Supreme Court of India gave us a reason to celebrate a little and hope for better things in the future.

The Supreme Court came out strongly for women in the Indian Navy on Tuesday, NDTV reported. “Women officers can sail as effectively as male officers,” was announced by the Apex Court. It also further stated denying permanent commission to lady officers who have served the nation will result in a serious ‘miscarriage of justice.’

Women are as efficient sailors as men

The court gave out the judgement on the statutory bar on women officers inducted before 2008 from being given permanent commission in the navy. And very strictly commented that the government cannot discriminate between men and women.

“They (women) can sail with the same efficiency as male officers,” said the bench headed by Justice D.Y. Chandrachur and also had Justice Ajay Rastogi. The division bench also rejected the Centre’s discriminatory stand that sea sailing duties cannot be granted to Short Service Commission (SSC) women officers in the Navy. All because the Navy’s Russian vessels do not have washrooms for them.

The court said that it wasn’t right to deprive serving women officers of the opportunity to work as equals with men. So, not providing them with a permanent commission in the Indian Navy is “plainly discriminatory.”

11 Women Writers On Women At Work, And The Changing Workplace Landscape In 2020 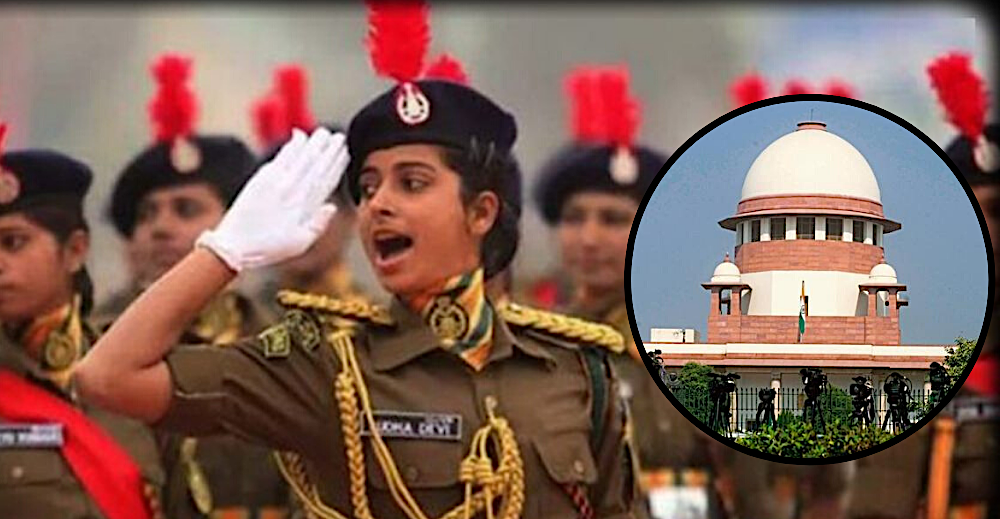 It also observed that to assume that women officers are ill-suited to certain avocations which involve them bring abroad ships is not just to their dedication and talent. Both men and women officers have an equal worth of the and equally dedicate their lives to serving in the cause of the nation.

A new gateway for women

This order comes as a very bright judgement for women. Now permanent commission officers can serve in the Navy till they retire, unlike SSC officers, who generally are women. An SSC can serve for ten years and can be extend their service by four more years, or serve a total of 14 years.

In February, 2020, in a similar judgment, the apex court granted a permanent commission to women officers in the Indian Army at par with male officers, including a command posting. Both these orders have opened a new gateway for women and have made professions less gendered and more competence based.

Even the Supreme Court, now, has agreed that to make assumptions on women’s abilities, their role and achievements in the army ‘is an insult not only to women but also to the Indian Army.’

So high time that the society understands no job is meant for men or women. Instead professions are driven by passion and dedication and these qualities are not defined by one’s gender.

Taking a quantum leap in the country’s development, the Indian Army today opened its doors for recruitment of women as soldiers in the Indian military police.

Taking a quantum leap in the country’s development, the Indian Army today opened its doors for recruitment of women as soldiers in the Indian military police.

In the history of the nation’s armed forces, the Army today for the first time issued an advertisement for recruiting women into the Military Police. Till now women were recruited only as officers in the Army. At the beginning of this year, the Defence Minister, Mrs. Nirmala Sitharaman, had announced her decision to induct women as Jawans (soldiers) in the Corps of Military Police in the Indian Army.

The window for the application process for recruitment of “soldier general duty (Women Military Police)” opened today (April 25, 2019) and will be closed on June 8, 2019. The process of registration is also available online. This implies that women will now be inducted into the force in the Personnel Below Officer Rank (PBOR) category. The recruitment of women will be done in a phased manner to form 20 percent of the Corps of Military Police.

Dismissing the Union government’s assertion that the ban on women training at the Pune-based NDA was a policy issue, the Supreme Court stated in its order, “This is a policy decision based on gender discrimination.”

The Supreme Court also mentioned the army’s attitude toward women’s equality. The court said that they expect the Army and the government to consider taking a more constructive view on the matter.