‘Stay At Home! Quarantine!’ What Part Of This Do These People Find Difficult To Understand?

Despite so much effort being put into detecting cases of Coronavirus infection and containing it, there are irresponsible people who are putting us all in danger.

Despite so much effort being put into detecting cases of Coronavirus infection and containing it, there are irresponsible people who are putting us all in danger.

Social media does come out with the most unbelievable videos. The other day, when I was browsing, the title leapt out at me.

Being a horror buff, I couldn’t help but peek at it. It was truly horrific.

Several passengers wait at a bus stop on a rainy day. As they huddle together, one of them coughs and spits into a large puddle on the road right in front of them. Suddenly a bus speeds by over the puddle, drenching all of them in water, and in today’s scenario, maybe even a virus that could infect them all.

Horrific, indeed! For those wanting a peek, here’s the YouTube link.

Corona virus is in the air, literally. And in droplets and infected hands and all surfaces in the world touched by humans.

One glance around would make you feel as if you are in a sci-fi movie, with masked minions whose eyes dart around in trepidation. Spaces which were once crowded are now deserted, shelves in supermarkets as bare as Old Mother Hubbard’s cupboard. Airports are cancelling empty flights, while travellers sit, cowering in remote corners, hoping against hope that they are not seated next to coughing or feverish passengers.

Different governments have geared up to fight the virus in varying degrees. While many nations struggle to contain the virus, India, I am proud to say, is at the forefront, with Kerala, I am even prouder to say, being the epitome of efficiency. The erstwhile Nipah virus, which was more virulent, was handled wonderfully by the tiny state and contained. Those lessons have come in handy today in the days of Covid-19 as well.

In general, the population is taking all precautions possible to remain uninfected. Washing hands with soap and water, using alcohol-based sanitizers, refraining from touching their faces often, using Namastes instead of the usual hugs, and remaining glued to every health update that comes from the government.

However, the human race does have its share of idiots, in many cases, educated ones, who think that they are a rung above the rest. It is these people who sneak out of airports, hospitals and quarantine centres, thinking inanely that the sky will not fall on their heads.

Albert Einstein put it, “Two things are infinite: the universe and human stupidity; and I’m not sure about the universe.”

Take the example of three persons who deliberately omitted to mention to the Cochin airport authorities that they had been to Italy, because they had finally boarded from Oman. One would think that once they had sneaked out, they would stay in hibernation and refrain from floating all around the city.

No such luck. These characters went to a mall, attended a church function, and walked into every relative’s house in the vicinity. Tracking their trail was an onerous task, but it was done as a huge number of unsuspecting people came under the scanner.

One British gentleman sauntered out from the hill station of Munnar in Kerala where he had been under quarantine and made his way to Cochin airport where he was tracked down by health officials after having tested positive for Corona virus.

Seventeen others in his group are also under quarantine. 250 passengers who had boarded the flight were taken off, made to undergo tests and they finally took off, amidst frayed tempers and the realization that inanity makes the world go around, even if it was after four hours of delay.

My sister had a different story to tell me about a colleague of hers who went abroad, came back via Germany and was told not to come in to work.

Fourteen days of quarantine stretched before her like a never-ending highway of fun and frolic and she went off to the nearest skating rink to work off all that energy. By the time she returned home, she had not only developed a cough and a fever, but also infected all those unwary skaters who had no idea how close they had come to stupidity.

Shakespeare had something to say in such a situation. “Both stupidity and wisdom are as infective as the flu.” In the above case, one does not need to be a genius to figure out which category the subject falls into.

When, at the beginning, the Creator was giving out body parts, grey matter must have been in short supply. How else does one explain why certain people behave the way they do, given that they are in the midst of a global crisis? Is it because they feel that the world revolves around them or that they are invincible?

Whatever the cause, when there is a pandemic on, there is no gainsaying the fact that a few irresponsible folks can cause a whole lot of damage by pretending to be ‘cool’. Such people need to be prosecuted, especially if they have put others in danger through their selfishness.

There is a huge group of like-minded people in the world today, slogging to contain the spread of this virus – the medical community, the travel community, the airline staff, scientists, laboratory testers, Anganwadi workers, good Samaritans making masks, sanitizers and liquid soap for hospitals and for the general public, educators, shopkeepers… all significant links in holding the community together. Hats off to these amazing, benevolent people!

The common slogan is, “Stay at home! Don’t expose yourself to large crowds. Maximise social distancing.” Weddings, large parties, gatherings and celebrations have been brought down significantly.

However, just when one decides to heave a sigh of relief that the virus is being contained, there comes a news item of some religious event that cannot be curtailed because it would hurt the sentiments of the said community. Hearts sink at the sight of hordes of people getting together with one common thought. “God will not harm us, because we are performing this ceremony with reverence and faith.”

Unfortunately, the Corona virus appears to have a mind of its own. It spreads with alacrity, from person to person, through a random sneeze, a chance hug or an innocuous kiss. The fact remains that God helps those who help themselves, and if keeping away from large crowds is what helps us, then that is what God wants us to do as well.

Friedrich Schiller obviously meant what he said. “Against stupidity, the gods themselves contend in vain.” 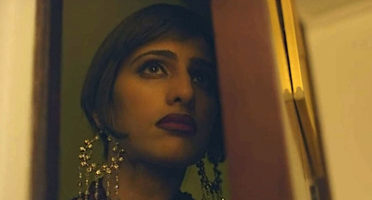