Initially, her in-laws helped her with the household expenses since the pension she received as a police constable’s wife wasn’t enough. And one day, she decided to work!

She decided and she did!

It was a thorny decision for someone who hadn’t worked outside her house for a single day. She had no experience of how the outside world would be but she went on her job hunt. Her iron-grit and determination helped her when she found a job in a primary school with the help of her friend. This just helped her regain her self-confidence.

All through my childhood, we were close and she would tell me her life experience. She would say to me, “Poonai, always be an independent girl. No matter what, don’t leave your work or earnings for anyone. Even though you have everything, and there is no need to work. Work for yourself and your growth. Never stop working.”

And I gave her my word that I will always be an independent girl and never leave my work for anyone at all.

She protected and made my mother stronger

My grandmother even inspired my mother to start her own vocational institute. So my mum now, teaches girls how to stitch and paint. She also aims to expand her establishment further.

My grandmother was a strong and a determined lady in terms of her decision. She would tell me to take my own decisions and never regret them. And to my mother she would say, “Arti, bolna seekh. Warna duniya ne tera bura haal kar dena hai. Do do betiyon ki shaadi karni hai tujhe.” (Arti, learn to be assertive or the world will take advantage of you. You’ve got two daughters marry off!)

My mother is a very emotional lady and was always afraid of someone telling her something and not being able to lay her point down. So my grandmother would teach her how to be blunt to people! Being a mother-in-law, this was something else! She was my mother’s shield and not even my father would say anything to mom in front of her. Sometimes, she would ask them both to go for a movie night and would take care of my sister and I.

She was an independent lady till her last days

Even in her last days, she used to be associated with khadi women yojana. She would make sweaters and pickles with other women who aimed to be independent. And there were times when my dad would have arguments with her about her wanting to work. And she would always reply saying, “I want to remain an independent woman.” 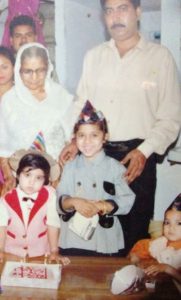 She is an inspiration for me and I have learnt so many things from her. I’ve never seen anyone with the same kind of spark or zeal that she had in anyone else.

Now, I am really scared for my parents because I always tell my mother that she should be there for both of them. She was their shield, after all. 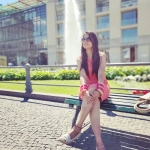 CS by profession And writing and poetry are my passion.

A Rebel Living Life On Her Own Terms, My Great Grandmother Is An Inspiration!