Taapsee’s Thappad Is Much More Than A Slap

Thappad is a movie not just about a slap, it's about act that transcends its definition of a prohibited, disrespectful action and sows the seeds of self-discovery in a woman who all along had put the needs of her husband before hers.

Thappad is a movie not just about a slap, it’s about act that transcends its definition of a prohibited, disrespectful action and sows the seeds of self-discovery in a woman who all along had put the needs of her husband before hers.

From the directorial brilliance of Anubhav Sinha comes Thappad, a film that raises questions about the place of women in a society governed by male dominance. Amrita (played by Taapsee Pannu) is a homemaker settled in a life of domesticity, attending to the minutest of needs of her husband Vikram. A sudden storm disrupts their wedded bliss when Vikram, in a moment of misdirected anger, publicly slaps Amrita at a party.

Shocked by this act of violence, Amrita is not her old self again. She leaves her husband’s place and after a few days files for divorce. It is hurt and not hate that causes her disillusionment and convinces her to walk out of a marriage she no longer believes in. The slap for her is an insult to her intelligence, a blow to her dignity.

Thappad is much more than a slap. The act transcends its definition of a prohibited, disrespectful action and sows the seeds of self-discovery in a woman who all along had put the needs of her husband before hers.

Vikram justifies his action, saying it was the first time he had ever slapped her. He adds that the action was triggered by a big disappointment in his professional career and that it was done in the heat of the moment.

There is an entire brigade that tries to convince Amrita that a single slap is a flimsy ground on which to end a relationship. Starting from her lawyer Nethra (Maya Sarao), who advises her to reconsider her decision and make the marriage work, every person wants her to let go of the episode and erase it from her mind. That includes her mother, her brother, and her mother-in-law. But they all fail to dissuade Amrita in going forward with the divorce proceedings. Does Amrita succeed in freeing herself from the marital knot, or does she have a change of heart and start life anew? That is for one to find by watching the film.

A film about patriarchal conditioning

The film is not just the story of Amrita. Intertwined with the central plot are other important fragments that bring to focus the patriarchal conditioning of our society and the issues faced by women in the real world. There is domestic help (Geetika Vidya Ohlyan) who is physically abused by her husband. There is the tale of Amrita’s mother who could not pursue her singing career because of the lack of encouragement from her otherwise loving and respectful husband. And we also happen to see the very successful lawyer whose husband links her accomplishments not to her intelligence and capability but to his family’s influential connections.

Thappad is the team effort of a very talented group. The entire cast feels so authentic and does not seem like characters from celluloid. Pavail Gulati essays the role of Amrita’s husband with effortless ease. He has no vices, but he’s painted with those long selfish strokes. It’s all about him, his happiness, and his career. The sexist shades in his character loom large when on seeing his neighbour Shivani (Dia Mirza) driving by, he questions what she does to buy a new car again. It is extremely demeaning when he asks Amrita to the first master how to make parathas without burning her fingers before learning how to drive.

Kumud Mishra comfortably fits into the garb of the very supportive father, the lone male member who supports Amrita from the beginning till the end. On the other hand, Manav Kaul as Nethra’s husband stinks of masochism and is compelling in his role.

The entire battalion of women does a great job! Ratna Pathak Shah and Tanvi Azmi each excel in their parts as the mother and mother-in-law. Maya Sarao, Dia Mirza, and Geetika Vidya Ohlyan make an impression by contributing their share.

The star of the show, without an iota of doubt, is Taapsee. This is an actor who’s here to stay. Once again, she has proved her mettle. Her role here is a diversion from what she has played in Pink, Naam Shabana, and Badla. She’s not the outspoken person she usually is in her films. As Taapsee herself said in interviews, she at times felt claustrophobic to be in Amrita’s shoes, not being able to raise her voice impulsively.

A mention of the excellent music by Anurag Saikia. The peppy number at the beginning to describe Amrita’s happy world and the strains of melancholy in the latter part of the movie are in perfect sync with the seriousness of the subject matter.

There is also something that suddenly caught my eye. The names of the director and music director in the casting appeared as Anubhav Sushila Sinha and Anurag Dipali Saikia, the names of their mothers appearing as middle names. If this is a symbolic gesture to indicate the importance of women and moms, it is indeed a very sweet one.

Anubhav Sinha dwells on a difficult topic, and he does so with skilful dexterity. Inevitably, the thought springs as to whether Amrita is carrying the situation too far. Is she making a mountain out of a molehill and allowing an otherwise happy marriage to end up in shambles? But in conjunction arises another valid question. What if the roles were reversed? Would the reaction have been the same had it been the wife inflicting an act of violence on the husband? That is the answer one needs to come up with before making a judgment on Amrita’s decision. As much as the world has progressed, are men and women placed on the same footing in such scenarios?

A film that subtly celebrates the feminist cause, Thappad throws light on the gender inequality in our society and the insensitivity shown towards the feelings of women. Marriage makes you one, but not equal; that is the message that rings loud. It feels like a breath of fresh air when Bollywood steps into realistic genres rather than always concentrating on candyfloss romance and showing relationships that are picture-perfect. Anubhav Sinha and team Thappad, take a bow! 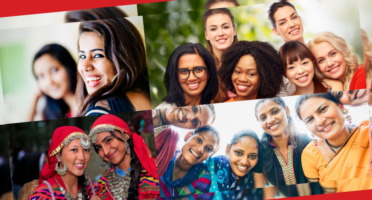 Should Minnie Mouse’s Wardrobe Change For Women's Day 2022 Cause Such a Stir?