Maybe She Could Reclaim That Splash Of Colour For Herself, After All!

If she had seen this splash of colour on an encounter with a total stranger, what could she experience if she tried a little bit harder?

If she had seen this splash of colour on an encounter with a total stranger, what could she experience if she tried a little bit harder?

Colour can mean many things. It holds different connotations for different people. It can mean joy, love, anger or pain, or simply an eventful journey through life.

Maya’s life was devoid of it. Her days were grey and bleak, blank like window glass. She felt no joy; no warmth crept through her icy existence. She felt alone and isolated. She could not talk to anyone, she could not explain her sorrow and dread, and she did not know why. She tried to push herself to get help, but it was fruitless and painful.

She lived alone, and quitting her last job three months ago left her numb self, confined to her own space, her own time. People say life is black and white, but for her it was patches of tombstone grey, cement grey, cloudy grey, ageing grey – drearier than colour can describe. She felt stuck in a constant cycle to do good for herself and regret, and every few weeks she made feeble attempts to live for herself, to be happy.

Walking down the street one Thursday morning, coffee in hand, she bumped into a man who made his way hurriedly, probably late for work. As his bag crashed into her right arm, her coffee spilled onto their clothes and the beige sidewalk. The brown liquid was the first colour to spill. Following it were red, blue, yellow, pink, green, orange, purple – a series of ribbons of joy just exploding out of the open cup like confetti from the mouth of a party popper. A short-lived feeling of positivity spread through her. Well, this was rather unrealistic and all in her head – what she wished had actually happened. She blinked, and the man was long gone. All she was left with was an apology from him and a large brown stain.

That, and a feeling of bewilderment and simultaneous hope. If she had seen this splash of colour on an encounter with a total stranger, what could she experience if she tried a little bit harder? Her mind crawled, then walked, then began to race at the possibilities, at the new things she could feel, if she attempted to lock her sorrow away. That gush of energy she had felt when she saw that rainbow – it was unlike anything she had felt in a long, long time. She had lost herself.

Her usual morning coffee run was unfeeling, routine and almost mechanical. But that morning, on her way home to clean the stain, she saw flowers growing near a fence. She kneeled on the ground and leaned over carefully and as she smelt the blossoming flower on that spring morning, it grew pink and bright. She was amazed and a sense of control rushed through her. She had been inspired to  make this small effort, and she could see it was paying off.

She began to reach out to the world around her. Not all of a sudden, but in slow careful measures. One day she could see the sunshine yellow, and on another she saw the calm blue sky dotted with the fluffy white clouds. The trees turned green, the strawberries became red, her blanket was lavender and her rings were silver. She did not need someone to love or to love her and she did not need the therapy. All she needed was a sign, a sign of hope that she could do it for herself – she could create her own happiness.

It took months, but one day the following spring, after lows of dull, gloomy rain, she looked up at the sky and she saw a rainbow, more vibrant and colourful than she could have previously imagined. 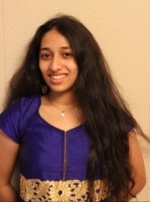 Meher Joshi is a 17-year-old, studying at The Shri Ram School in Gurgaon. She has been writing and blogging since the age of seven, penning down poems, fiction and essays. Her work has read more... 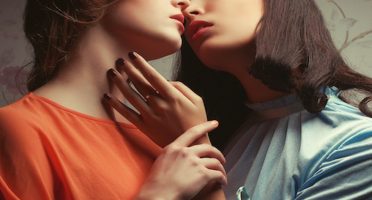 The Only Love That Was Allowed Was Between Man And Woman…