A misogynist film, clearly, from its trailer that ‘jokes’ about marital rape, this is irresponsible filmmaking with an eye only on the box office, and no social responsibility.

Sex in a patriarchal society is never on equal terms. It is something a woman ‘gives’ to a man as a favour, a gift, or a mark of her love and loyalty. This is more so in India, where a woman’s husband is thought to be her parameshwar or God, and a good wife is one who worships, obeys, and submits to him. Sex then becomes one of her ‘duties’ which she must carry out, like it or not.

Discussions about sex rarely happen in India as it is. And when they do, they’re almost never about the woman’s needs or satisfaction. The sole focus is how well she can please the man and how many sons she can bear him.

Which is why the term ‘marital rape’ is alien here. It’s not rape, after all, if a man simply takes what is rightfully his. The wife’s purpose is to satisfy him in every way, and she’d better do that lest he is compelled to force her.

It is thanks to this mindset that marital rape is still not outlawed in India. Section 375 of the Indian Penal Code does not recognize a husband forcefully penetrating his wife as rape, if the wife is over 15 years old.

The National Family Health Survey (2018) shows that 83% of married women aged 15 to 49 years have suffered sexual abuse at the hands of their spouses.

Governments hesitate to criminalize marital rape lest it “destroy the institution of marriage”, and a former Woman and Child Development Minister has said on record that the term itself is “not applicable in the Indian context”.

The situation becomes especially worrying when this mentality is also endorsed in mainstream cinema by popular movie stars who are considered no less than gods in India, along with cricketers and politicians.

What’s disturbing about this statement is the perception that sex is something to be ‘procured’ from a woman by ‘playing your cards right’, rather than a shared experience to be mutually enjoyed by the parties involved. Any woman who’s been in a toxic or abusive relationship would be all too familiar with the ‘cards’ Aryan talks about playing. Most often, these are tactics of coercion and manipulation employed by men, which range from begging, emotional blackmail, and guilt tripping, to outright intimidation and physical violence.

Typical Indian male who has no concept of consent

Violation of consent is usually not seen as such unless there is physical abuse involved. However, plenty of psychological tactics to coerce an unwilling woman into sex exist, which have been normalized in our culture in the name of ‘convincing’. Some of these are bribing her with gifts and favours, pleading, withholding affection, giving ultimatums and so on.

While none of these are comparable to rape, they’re all used to put the woman in a stressful situation where she feels obligated to engage in sex, instead of doing so out of her own desire. The lines spoken by Aryan are thus doubly problematic as instead of sympathizing with the woman under duress, they portray the man using these coercion tactics as the ‘victim’.

It is another matter that the double standards mentioned are usually applied to women. It is women who are shamed for being bad wives if they rebuff men’s sexual advances, and slut-shamed if they exhibit a voracious sexual appetite.

Kartik Aryan’s portrayal of chauvinistic male characters is not new. In Pyaar Ka Punchnama (2011), his character had gone into a five-minute long tirade against women, spouting gems like “a happy woman is a myth” and “gay men are successful because they don’t have a woman to screw their happiness.” The movie was a box office hit and the monologue is still considered iconic, proving that our society is not only indifferent to rabid misogyny but actively reinforces it.

It is hence only expected in such a society that a movie character casually joking about violence against women will be met with applause and cheers. That the actor playing him will become a ‘youth icon’ for his male audience and a ‘heartthrob’ for his female fans. After all, nothing like some good old-fashioned sexism as a respite from ‘liberal feminazi bitches’, isn’t it? 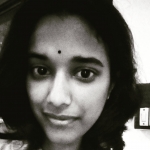 The Series Criminal Justice: Behind Closed Doors Raises Questions Which Shouldn’t Be Ignored