​An Se Young, the nineteen year old badminton player was her indomitable self in the finals in the French Open, 2019. The match was against three-time badminton World Champion, Carolina Marin. Even though An Se Young was down one game, she won the championship with a scoreline of 16-21, 21-18, 21-5. An Se Young made Marin work hard for every point and then demolished her in the last game. Marin had no answers to her cross-court smashes and net-play, especially in the final game. An Se Young is the first South Korean player to win the French Open since Hwang Hye Young won it way back in 1990.

Her journey to win the championship was no mean feat. She defeated the top players like Saina Nehwal and Akane Yamaguchi to clinch a spot in the finals. It was sweet revenge for An Se Young as she lost to Marin in the quarterfinals of the recently concluded Denmark Open. In the Denmark Open too, she defeated P.V. Sindhu and gave a tough fight to Marin.

It is a delight to see her play. She throws herself at every shuttle. She fights for every point whether she is standing on the court or is totally off balance. She retrieves the most difficult shots and is immediately ready to receive the shuttle again.

She has been rising in the ranks in the last 2-3 years. She was not even in the top 500 in 2018, but moved quickly up the ranks and is ranked 16 in October 2019 following her recent victories.

She has been showing stellar results for some time now. She surprised everyone by defeating the superstar, Tai Tzu Ying in the Sudirman Cup this year. She has won four BWF World Tour Titles this year – New Zealand Open, Canada Open, Akita Masters and the French Open. To top it all, she is only 19! An Se Young is an intelligent player too. She has changed her game strategy over the last two years. Earlier, she had an attacking game but realised that it was making her tired. She has evolved into a more all-round player. It could be seen in the French Open finals. Her service returns were deceptive. She could stay in the game in spite of Marin pushing her towards the back court constantly. She also picked up smashes effectively.

If she continues with her current form, she will be a strong medal contender in the Tokyo 2020 Olympics, and we too can look forward to some more fabulous matches. 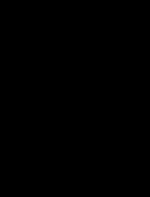 Vidya is a freelance content developer and technical writer. She loves to write on personal

Small Town Girl From Haryana To A Padma Shri – Rani Rampal Tells Us How To Win At Life… And Hockey!