A wonderful initiative that tells fathers not to crush their daughter's dreams went live for Daughter's Day, in the words of Sakshi Malik's father Sukhbir Malik.

A wonderful initiative that tells fathers not to crush their daughter’s dreams went live for Daughter’s Day, in the words of Sakshi Malik’s father Sukhbir Malik.

On National Daughter’s Day, 22nd September 2019, Sukhbir Malik, father of Olympic medallist Sakshi Malik, put out a video message for fathers in Haryana. In it, he makes an emotional appeal to all fathers to stand by their daughters and support them in their journey to achieve their dreams.

The video begins with words in Hindi that say, “A few days ago, some fathers in Haryana got a letter” – and then goes on with a voice over that says,

“I’m writing to you, because a few years ago, I was in the same dilemma that you were in, about how to deal with my daughter’s dream… Don’t pay attention to her dream, because if you do, life as you know will completely change.” He lists all the wonderful ways in which this will happen, ending with the words: “I wasn’t able to crush my daughter’s dream. I hope, that after reading my letter, you will not be able to, too. Yours affectionately, Sakshi Malik’s Father”

While raising Sakshi in a rural part of Haryana, Sukhbir helped his daughter in not only realising her dream of pursuing a career in sports, but also helped her in transforming that dream into a reality.

Just like Sukhbir, a former bus conductor, stood by his daughter against all odds, he hopes that other fathers will also honour their daughters and give them the respect and care they deserve.

Sakshi made history after winning the bronze medal in wrestling in the 2016 Rio Olympics. She was also a part of Indian team in the ongoing World Championships in Nur Sultan.

Breakthrough, the organisation that has released this video, works to end violence and discrimination against women and girls. 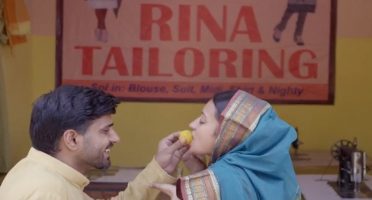