Srishti Chaudhary's Once Upon a Curfew promises a twist in the tale that is the stuff of Bollywood movies - does this deliver?

Srishti Chaudhary’s Once Upon a Curfew promises a twist in the tale that is the stuff of Bollywood movies – does this deliver?

Think of Delhi and the first three things likely to come to mind would be traffic, pollution, and, of course, the extreme weather. You can guarantee any one of these have been the cause to ruin an utterly ordinary day within the last 24 hours. And if you happen to be a resident of this city, you’d probably have lost count of how many times that happened before you could make it past the half-week mark.

Delhi wasn’t always like this, though. My mother, having grown up here, often reminisces of wide, empty roads, lush greenery bordering the streets, and clean, breathable air. Her fondest memories are of taking long walks in and around Connaught Place, in the late 60s through the 70s. It was, perhaps, the opportunity to relive her youth that instinctively made me pick up this book.

It is 1974. Indu has inherited a flat from her grandmother and wants to turn it into a library for women. Her parents think this will keep her suitably occupied till she marries her fiance Rajat, who’s away studying in London. But then she meets Rana, a young lawyer with sparkling wit and a heart of gold. He helps set up the library and their days light up with playful banter and the many Rajesh Khanna movies they watch together.

When the Emergency is declared, Indu’s life turns upside down. Rana finds himself in trouble, while Rajat decides it’s time to visit India and settle down. As the Emergency pervades their lives, Indu must decide not only who but what kind of life she will choose.

Srishti Chaudhary makes her literary debut with a love story that simmers just below the surface until it erupts into a tangled mess of confusion and fear.

The daughter of an affluent, politically affiliated family, Indu is strong-willed, unafraid to voice her opinion or stand up for her rights. Her intent to create a learning space for women is fueled by her feminist views regarding progress at a time when the country was run by a woman Prime Minister.

At the same time, being a die-hard Rajesh Khanna fan, she is, every bit, taken by the phenomenon that was the great superstar ruling that decade. Her conversations with her long-time trusted driver, Natty, who keeps her entertained with tuneless renditions of the latest Bollywood songs makes for some hilarious reading.

Rana appears in Indu’s quiet life like a jack-in-the-box. Cheeky and audacious, he is quick to whip up a whirlwind around her, one she can’t seem to avoid. Their camaraderie is friendly and comedic, until Indu finally begins to realise her true feelings for him, by when it may well be too late.

Set against the backdrop of the Emergency, this love story that isn’t meant to be, weaves within it the effects as seen from both sides due to her father’s political leanings as well Rana’s connections with the free press. In her desperation to help those who have been wronged, she unwittingly gets pulled into the dirty game of politics which jeopardizes many relationships. 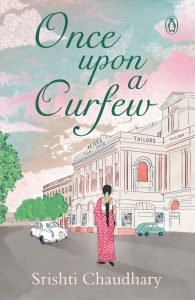 There is a gentle, old world charm I experienced while reading this book. Traversing through the city as it changes seasons, Indu and Rana’s story evokes a feeling of blissfulness. While there are some fine supporting characters such as Amita – Indu’s sister, Fawad and Runjhun – Rana’s friends, and the many women members of the library, I’d have to choose Natty, the driver, as one of the most memorable one. For someone who appears to be a simpleton, he has a fine way of disguising his views amid song lyrics, movie plotlines and superstar battles. He is a total scene-stealer all the way.

The events surrounding the Emergency could have been plotted better into the narrative. It seemed less show, more tell. Nonetheless, the author has a calm, steady pace to her writing which plays to the novel’s advantage.

For me, it was almost like a re-telling of my mother’s youthful memories of Delhi. For that simple reason alone – to revisit the city that was – it is worth the time.

If you’d like to pick up a copy of Once Upon a Curfew by Srishti Chaudhary, use our affiliate links at Amazon India, and at Amazon US. 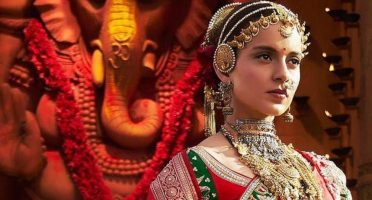 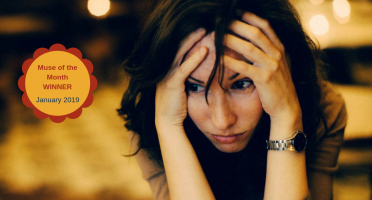 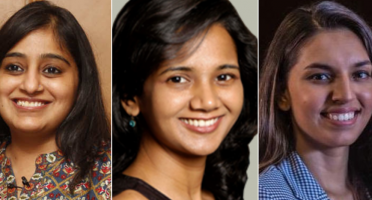