Grow up, Rachna! Did you know my father had a paralytic stroke when I was five? Did you think my barely graduate mother with both in-laws and children to care for sat uselessly and lamented? No, she didn’t!

The fifth winner of our July 2019 Muse of the Month contest is Janani Balaji.

Leila had never seen her mother do it, yet Rachna claimed everyone did it.

Drunk and slumped over the table, Rachna was letting out a string of expletives, cussing out her husband. Leila sat patiently, listening to her friend. She wasn’t particularly all supportive of her friend’s actions, but she deserved the right to vent or ‘de-stress’. She wasn’t so much listening as she was hearing.

And this because her husband had forgotten to get her a gift on Valentine’s Day!

And this wasn’t the first time that this had happened. This was the tame version of drunk Rachna. She’d go to clubs, get drunk, and get high — all because her husband wouldn’t call her from work to ask how her day was or forget to get her laundry on the way back from work – some small and insignificant thing. Leila wouldn’t admit it out loud, but she was getting tired of this.

Rachna had always been emotional but she was also very caring, Leila had thought. She had seen her friend from college fall headlong in love with Ravi and gush over his favourite perfume and learn the special pakoda his mum made for him. Leila had found it inexplicable why the college topper, sure to break the glass ceiling kind of girl would seem so determined to make a slave of herself.

“And he calls himself a feminist!” Rachna snorted, alcohol spilling as she slammed her glass on the table. “Men are the true evil in this world! You’re so lucky that you haven’t found a husband, I tell you! All women speak two languages: the language of men and the language of silent suffering. You know who speaks the third? –the language of queens… With no man bringing them down, the only language free woman speak is that of queens! Now that, that is true feminism.”

Leila turned back to look at Rachna down half a bottle in one shot and sighed. This was probably never going to end, and people were going to be spiteful and complain forever. She had met Ravi. He was a supportive, simple guy in complete awe of Rachna’s many talents. A studious chap who was devoted to two things – his work and Rachna. He had never been the fancy –display your love with flowers and verse types- but then Rachna, the college rose queen had got sick of that type by then!

An image of her mother, a simple, lanky sari clad woman with a greasy plait and big red bindi flashed across Leila’s mind “What the hell is wrong with you?” The chair scraped against the floor as Leila stood up sharply. “That is not what feminism is about! It’s about equality, balance, synergy — not making men into your personal slaves! Just because your husband isn’t serving things to you on a platter and pressing your feet that doesn’t mean he loves you less!  You of all people should know he’s working hard to get that one promotion so he can provide for that anniversary Alaska vacation! You have a career to focus on. Why do you wait for him to make you happy?  Why do spend your precious time lamenting over what you expected him to, but he did not?  Did he ask you to spend time making that special crème brulee that you are now angry he did not appreciate? This is not the language of men …this is your own doing, Rachna. You are just being an entitled brat.”

“What, because you had to wash the takeout boxes? Grow up, Rachna! Did you know my father had a paralytic stroke when I was five? Did you think my barely graduate mother with both in-laws and children to care for sat uselessly and lamented? No, she didn’t! She woke up at three every morning, and aside from cooking food for our family and nursing a grumpy sick husband, started sending dabbas for bachelors in the nearby by hostels. She started at charging 30 rupees a dabba, and would stand at train stations to sell a few extra ones. Then, she and my grandmother started embroidery on simple saris and kurtis. She didn’t stop to brood over the evil men had cruelly dealt her, her father who had not let her go to college or her husband who had refused to let her step out for that class the social workers ran? She rose like a phoenix. She made sure we continued our education. Her dabbas grew to become a name brand catering service. Dadi’s embroidery became attached to a name brand fashion designer label. The embroidered sarees are selling for lakhs. None of this happened easily and I know she spoke to every ‘Sahib’ she met to recommend her dabba if they liked it. She carried a load of saris to every office or every wedding she catered for.”

Leila had tears of pride flowing now as her voice choked. “You know what, she didn’t stop there. She started seeking and giving jobs to women like her. Her ‘Sakhi’ foundation now seeks to employ women in distress. Now that, that is a queen! You know what the language of queens is ?- it is  grit – grinning through suffering, through life, through everything. Not silent suffering, not a rant against men. Rachna, it will never ever be a man dragging you down, it is just you.”

“Save the apologies for your husband.” was what Leila left her with. 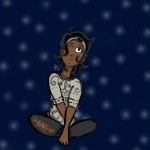