The Menstruation Mystery And What It Meant To Me

I yelled seeing a drop of blood on my pants.

“You have got your periods”

My  father was almost in my room when he heard this big word  Periods. I saw him returning back to his room shyly with a “must-not-have-heard” expression.  My first period almost gave me a shock.  I did not know how to react! I have had never heard of this term before. Though I had seen some alien thing rolled very carefully in a newspaper inside my mother’s wardrobe.  The ‘curious’ me however could not find what it could have possibly been used for.

The Mystery Around Menstruation

Being brought up in an Indian family, every Indian girl perhaps struggles to figure out whether this is a boon or a bane,  specially in 21st century when a section of literates are trying to dismantle the culture of shame and stigma around periods.

The traditions which were originally created for betterment on women got convoluted through various interpretations to satisfy the ‘patriarchal quest’. Menstruation in India is embarrassingly normal!!

I did not know about this neglected topic because

a) My biology teacher chose to skip the topic of menstruation..  Oops!  the not so important chapter of the subject;

b) It’s embarrassing discussing periods with family (Mind it! We have boys in our houses too) and hence we have a culture of silence around seemingly normal vaginal bleeding.

When I came back from my philosophical world I realised my mother was parroting some “mantras ” for how to sustain during these “difficult times’. From among a set of guidelines were: “Do not go to temple”, “Do not eat on the table” and “Do not tell Sharma aunty about it”…to name a few.

But why am I supposed to keep a common biological function a secret? Why am I not supposed go to temples where even criminals are allowed?  Am I worst than them too at this time?  What happens if I go there?  Has anyone been punished so far?  I flooded my mother with all possible questions.

“Do as I say because this is the way it has been dealt with since the last 100 years. There must be some reason for why old-wise people made such rules. ”

And so started the switching on to impure and switching off to pure on a monthly basis. Amazingly enough, this was neither my choice or my decision. Perhaps, this is how I was created, damn it! And there is this guy in my school who saw me with ‘i-cant-name-it’ stuff one day and within nano seconds I could sense some curious eyes staring at me,  giggling and bouncing back the same chapter which the teacher had purposely skipped. They made a girl feel embarrassed and abashed for being a girl who bleeds,  bleeds for the generations to come.

She goes through a hell lot of pain..

Fire in her stomach and storm in her brain,

Yet, faces the shitty societal norms and embarrassment time and again..

Is this the price for being a woman?

Why is menstruation not considered normal by men? 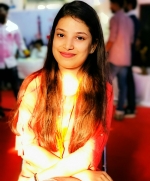 How My Menstruation Ceremony Scarred Me For Life

‘Shh! You’re On Your Periods.’ My Take On The Need To Speak About Menstruation