“She will get everything, but not life. She will sell her flesh, her dignity every day. She will die every day to feed us.”

Resting her chin on her folded arms, Meera sat quietly. She was trying hard to control the churning of her empty stomach.

The pain of hunger was difficult to endure. She took one corner of her tattered saree and started chewing it to shift her mind somewhere else, though; there were hunger, poverty, and suffering everywhere. Her younger siblings were crying and annoying their mother Kamla to get some food. Unable to bear it, Kamla took out a half-burnt piece of wood from the clay oven and rushed towards them. Afraid, they scattered away. She threw the wood down and began her usual blabbering to curse her fate.

Kailash returned disheveled. Kamla was eagerly awaiting her husband’s arrival; the Sarpanch had promised to pay him today. Kamla hurried towards him and started rummaging through his pockets. Kailash stood still and let her. However, she found nothing.

“How could the Sarpanch refuse again? You had repaired his cowshed months back. Why doesn’t he pay?” she yelled in anguish.

“Because, he is the Sarpanch and we are poor villagers,” Kailash replied with a heavy sigh.

Since generations, his ancestors had been nurturing and cultivating the lands. All they knew was farming. However, years of drought forced them away from their lands. To add to their woes, the Sarpanch’s atrocities had increased. Like many others, Kailash too had to choose odd jobs to feed his family, though surviving seemed difficult with each passing day.

Kamla turned to Meera and said, “Bitiya, ask Mangla Chachi if she can provide some rice and I will find some taro root leaves meanwhile.”

Meera hated begging. People would throw her glances of annoyance. At times, they wouldn’t even open the door. However, thinking of her younger siblings, she followed Kamla’s instruction. Mangla Chachi’s husband had been working as a carpenter in the city. They were better off than Meera’s family. She reached there and knocked with hesitation. No one answered. She tried to wet her dried up lips with spit and called out again but in vain. The scorching sun and hunger were draining her. A few fistfuls of rice she had to find anyway. Buggered, she started walking again. Luck favored. She did get some rice.

Meera was playing outside with her siblings. Kailash entered the house with a stern face and called Kamla. He showed her a bundle of notes and whispered something in her ear.

“How could you do that? You are her father,” Kamla exclaimed. “Do you think I’m glad to sell my daughter? I didn’t approach them. They met me with the proposal. They have seen Meera. They have observed her. Moreover, think about our other children, the burden of debt. And, tell me the truth Kamla, can you ignore your hunger? Meera will get a good life there. They have assured me. Food, money, clothes…. what else does she need? They will send us some money each month from her earning. We can meet our needs,” Kailash promptly replied.

A few silent moments passed. Streams of tears were hazing Kamla’s vision. She tried to wipe off and said in a muffled voice, “You didn’t approach, but you didn’t refuse either. She will get everything, but not life. She will sell her flesh, her dignity every day. She will die every day to feed us.”

“Penniless people like us can’t afford to have dignity. Sometimes there is no happy choice Kamla, only one less grievous than the others. I had met Vaid Ji and asked for some medicine to have a good sleep at night. Take these pills. Mix them with her food. They will be coming to take her after midnight,” Kailash uttered in a flat voice.

Meera got down from the train. She took a deep breath and inhaled the air of her village after seven years. The dark folds of that fateful night had gulped Meera’s whole being. In her initial days, she had tried to revolt, but slowly succumbed to the colourful yet pitch-black life of the flesh business. Her sister was getting married. From one of the dealers, she had come to know that news and couldn’t resist herself. For once, she had wanted to see her little sister.

A concrete two-floored house stood there decorated with lights and flowers. People were rushing here and there. Meera could barely recognize that house. The transformation of her old weathered hut left her baffled. Of course, she knew she was the source of this wealth. As she took her next step, a rough hand pulled her by her left arm. She turned and her face lit up instantly seeing the man. It was Kailash, her father. However, her joy was short lived.

“How dare you to come here? Don’t you know what you are called now? If anyone sees you, your sister’s life will be ruined forever and she may have to choose the same path as yours. Is that what you want?” Kailash spat those words wrapped in hatred. Meera was trembling in her father’s grasp. No, it was not fear. It was anger. The heat of Kalash’s words had burned her inside.

“You live on my earning. The money I earn by selling myself. You are the one to send me there to fulfill all of your needs. Do you know what you are called? A pimp,” Meera could only utter these words with her choked voice before she left forever.

Image source: a still from the movie Streetlight 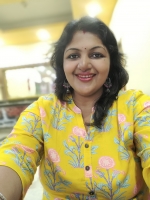 Hey there..... I just love to read and write. Though my toddler and other engagements of life have made writing a luxury at present, I am trying to strengthen my pen. read more... 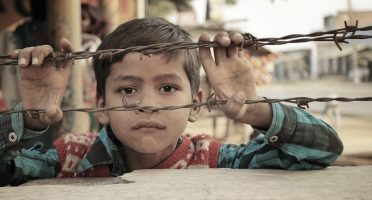