The ‘Girlie’ Culture Of Kids & Young Women Is Detrimental To Feminism; Where Does It Come From?

Pink for girls and blue for boys, right? Wrong! Yet we see so much of pink in the products that today’s ‘girlie’ culture has for girls and even women. Where did it come from?

Consider this. A cousin, who is a parent to three girls aged 12, 8 and 3, has always picked up girlie stuff for her daughters. Pink, frilly dresses, Barbies, Disney/Barbie toys, dresses, fashion accessories, all the latest Disney/Barbie movies/dolls’ houses, Barbie add-ons, Barbie UNO cards(??), decor in all shades of pink- baby pink, magenta, fuschia, crimson, carmine, cerise, rose…you name it. Even hot pink cakes for every birthday. Bratz stuff, shiny lip gloss and nail polish (for these age groups??) – such pride on the mother’s face when she recounts her children’s obsession with dressing up and hair-dressing! I have been often chided for not getting all the pinky-pink stuff for my daughter, that I should lighten up and let ‘a girl be a girl’!

She is welcome to have her opinion, of course! Not for me, though.

Things are made more difficult by the burgeoning in-your-face hard-sell of all things pink. Or rather all things stereotypical. Parents, beware. The people to decide what your kid plays with, how they play, how they dress are not you, but commercial establishments who have invested big money in the business of deciding this for you. So much so, that sometimes there isn’t any choice in the matter.

In her book, Cinderella Ate My Daughter, Peggy Orenstein discusses this wide-scale commercialisation of gender stereotypes, the messages it passes on to the hapless, impressionable children, (of both gender) the long-reaching effects of this stereotyping, and the way this industry is fed by the hopes and aspirations of every parent who buys into it.

Gender stereotyping is age old, not a new thing!

Gender stereotyping is not a new thing. It has not begun with the culture of all things girlie. It is as old as civilisation- maybe even from before civilisation. Gender stereotyping has its roots in biology. A woman can give birth to and suckle her baby, a man cannot. So the woman stayed at home to take care of the baby, ensuring the propogation of humans, while the man ensured survival in terms of providing for food and protection.

However, what began as a matter of convenience and an equitable division of labour that worked wonderfully well for the survival of humans, has evolved slowly but surely into something that denies human beings their most fundamental right- of being humans. The world gets divided into the masculine and the feminine, each strait-jacketed into our notions of what is right or wrong for each.

In an out-and-out patriarchial society like ours, this has always featured big. We already have a million ways to perpetuate gender stereotypes. We do not need another way to achieve the same.

Good girls don’t do this, they don’t do that- so many social restrictions based on gender- Oh, yes, there are these for boys, too. They don’t have it easier. Real boys don’t cry, real boys cannot play with dolls…I could go on. Resulting in aggression as the only acceptable emotion for them to show- crippling them emotionally!

Where does the girlie culture come from?

Paradoxically, the girlie culture has its roots in the feminist movement. Barbie, in fact, was introduced in 1959 as a symbol of feminist aspirations (throwing off the shackles of domesticity and patriarchy), and was then targeted towards teenagers. Soon, though, Barbie, (astronaut, scientist, doctor, etc. in her initial avatars) and her successors were no longer a sign of empowerment- there was a definite element of sexualisation coming in. Girls who played with them were getting younger and younger and more impressionable by the day- of course putting the dolls off the radar for the original older age groups. Making it that much more difficult to contain and deflect the subliminal messages that were being sent to these children.

A short-sighted view of the princess/barbie culture provides a vision of empowerment. After all, our kids think it is so ‘cool‘ to emulate the way Barbie dresses. So ‘cool’ to know about the latest in celebrity activities. K-Pop stars become their gods, and stars on streaming platforms their role models. Not yet 3-yr-olds aspire to be like these idols. Ordinariness, simplicity is seen as totally ‘uncool.’ After all, who wants to be an old-fashioned so-and-so? So stereotypical!

Commercialisation, of course, demands that where there is a demand, there has to be a supply- so that profit can be made. After all, that is how it works in a capitalist set-up. Crass comercialisation takes it a step further, and feeds on the social weaknesses that come disguised as another step in empowerment.

‘The pursuit of physical perfection was recast as a source – often the source – of young women’s “empowerment.”Rather than freedom from traditional constraints, then, girls now were free to “choose” them. Yet the line between “get to” and “have to” blurs awfully fast. Even as new and professional opportunities unfurl before (the girls), so does the path that encourages them to equate identity with image, self-expression with appearance, feminity with performance, pleasure with pleasing, and sexuality with sexualisation.’

Orenstein says in Cinderella Ate My Daughter, “My fear for my daughter, then, is not that she will someday act in a sexual way; it is that she will learn to act sexually against her own self-interest.”  Something seen in victims of low self-esteem, and not a sign of empowerment.

Sounds eerily like something the Manusmriti has advocated for the female half of the population long long ago, doesn’t it? We have plenty of our own misplaced ideas and beliefs to correct without complicating things in this way, thank you very much!

So what’s with the pink and blue? Let us consider here a discussion on children’s fashions in the past few hundred years.

Disclaimer: The next two paragraphs have much to do only with patterns of fashion in the western world. India has a very different story – a veritable study in ethnology… but that is a subject for an entirely different post. Suffice here to say that the pink v/s blue debate with all its history has made an entry to our country quite recently – though making waves enough to start worrying.

In the west, children of both genders wore only white, at the most, shades of grey, up to 6-7 years of age, for a very practical reason: soiled clothes could be cleaned only by boiling them, and coloureds were a waste. The styles were also similar, much like dresses, with boys’ clothes buttoned up in the front and the girls’ buttoned up behind. When pastels came in, both genders wore all colours. Around the time of WW1, pink was actually associated with boys, as it was considered a watered down version of red, a colour associated with strength and bravery.

So why is Pink = Girlie?

Yet, today, all things feminine are associated with the colour pink – a belief that we have to thank Nazi Germany for. Just like they made it compulsary for Jews to put on a yellow Star of David to distinguish them, they issued pink stars to those men that they believed were homosexual – these too were part of the reprehensible Final Solution. This gave pink a ‘non-masculine’ tag, and was equated with all things feminine. This, of course, has been exploited by marketing divisions of companies like Disney and Mattel to widen the divide and create a market for girl things and boy things. Not just toys and clothes, but every bloody thing!

Let me put one thing straight. I have nothing against pink, and I think it is a beautiful colour. I have no problems using something pink, on the stipulation that it does not have the associations I have spoken of. Same goes for orange, grey, turquoise, white, green, blue, red, black, yellow, violet, and any other hue of the rainbow. 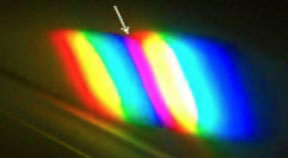 Speaking of rainbows, pink is not even a colour from the spectrum- there is no wavelength that translates to pink. It is a trick played by our brain, that interprets a mixture of the wavelengths for red and violet as magenta, a deep shade of pink. Experimentally, this can be created by superimposing two different spectrums created by two prisms. Try it. Go ahead- click on this link to read the complete explanation. It’s fascinating!

I would just like to mention a couple of things from the book mentioned above, at the end. It’s something worth looking into.

Cinderella’s story as we know it is the one popularised by Charles Perrault. He, in turn, based it on a tale from the Grimm Brothers’ collection of folktales and fairy tales. The tale of Aschenputtel, a feisty girl who does not wait around for any fairy godmother or the prince to rescue her- complete with gory bits, now sanitised for our consumption to the point where we have a good and beautiful but wimpy heroine. An example of how the stories we tell our girls mould their minds.

Peggy Orenstein also dedicates the last chapter to do-able remedies against the unstoppable and unavoidable onslaught of the girlie culture. And keeping in mind the natural rebelliousness of the fast-growing but impressionale children whose lives can get impacted.

A version of this was first published at the author’s blog.

Image source: a still from the movie Veere di Wedding

Barbie Vs. Hotwheels: Who Decides These Gender Lines For Our Children?

Gender Neutral Books And Toys – How Aware Are You As A Modern Parent?

The Barbie Effect: If Looks Could Kill

Why I Refuse To Let Barbie Raise My Daughter