Your Cool, Feminist T-Shirt Could Be Steeped In Human Rights Violation Under That Glamour

Mainstream Feminism is a ripe field for exploitation under capitalism, where 'feminist' goods hide the exploitation of those creating this merchandise.expl

Mainstream Feminism is a ripe field for exploitation under capitalism, where ‘feminist’ goods hide the exploitation of those creating this merchandise.

A lot of influential people are filling the cultural vacuum when it comes to making a statement on feminism. It is necessary to make your voice count, given how absolutely significant women’s issues are. It is a completely different ballgame to make a career out of the cause of feminism with profit-oriented motives.

Selling music albums, movies, books, and clothing lines adorned with feminist slogans like “We Should All Be Feminists” is actually reducing the whole movement to a sleek marketing strategy for big corporations to profit from. This practice of wearing feminist brands and slogans benefits only the companies selling those products in the name of women’s empowerment.

Over a period of the past decade and a half, feminism and its core issues have become the focal point of intense scrutiny and speculation. In public discourses, the issue has often been denigrated as well. Today, terms like toxic-masculinity and male-feminist are included in every other discussion. Thousands of magazines, articles, op-ed pieces, thesis, gender studies, broadcast shows, and books have turned this concept, once regarded as radical misandry, into a current interest topic for common people with a consistently growing and committed support base.

Riding the wave of feminism as a commodity

As with the rise of any other movement, feminism today is riding the wave as a much sought after commodity. Businesses and celebrities are branding themselves as prominent feminists. Books and music records addressing feminism are becoming best sellers. TED talks and digital content discussing women’s rights and liberation are going viral.

Entertainment and glamour industries are jumping the bandwagon by putting appealing faces on overpriced T-shirts for the cause and borrowing catchy words from celebrity social media. In an already media-saturated and consumer-driven world, feminism has become a glamorous topic to discuss. Phrases like “Feminist af” or “Girl power” do little/nothing to challenge the status quo. These fashion brands do little/nothing to improve the lives of their female employees. However, they all preach “WE SHOULD ALL BE FEMINIST” through capitalized feminism.

For cold, hard cash, not ideology

The capitalistic machine is one that runs on neither morality nor justice. It runs on cold, hard cash alone. It has reduced feminism to “this season’s must-haves” and a morally corrupt version of the cause that fails to give justice to the marginalized.

Do you remember the desperate plea of ZARA’s workforce comprising mainly women? “I made this item you are going to buy, but I didn’t get paid for it”

ZARA’s parent company Inditex, (the largest fashion retailer in the world), was one of the first few organizations that branded themselves as allies to the feminist movement, along with GAP, Mango and NEXT. More than a year after this issue came to light, these workers were still signing petitions that said: “For 12 months, we waited for the conclusion of these negotiations with patience and hope. To prevent any disruptions to the negotiations, we endured them in silence. However, after an entire year, the brands declared that they will only pay just over a quarter of our claim. In other words, the brand accepted their liability, but they thought we deserve no more than their scarps.“

That is how these multinational, feminist brands keep on generating revenues and profits off the most marginalized. These are the harsh realities of capitalistic feminism that become more prominent when we find that the world’s top celebrities and even royalty are endorsing and supporting the same ZARA.

Both Gawker Media and The Daily Mail reported about Ed & Harriet’s company where “women … who were hired to make shirts that read ‘This is what feminist looks like’ have been paid a dollar an hour to do so and sleep in dormitories that housed 16 women at a time.” The cruel irony of it! What is so feminist about celebrities who then wear and model these garments?

Or about these few which mention so many well-known women:

Jennifer Lopez’s women empowerment song “I ain’t your mama” was produced by Lukasz Sebastian Gottwald. He is also known as Dr. Luke, who was sued by another American singer, Kesha Rose Sebert for “sexually, physically, verbally and emotionally abusing her to the point where she nearly lost her life”.

Or Ivanka Trump’s line of clothing that is selling a lot of money-spinning slogans that are aligned with feminism. Though simultaneously, there is also a violation of women’s rights at her fashion label’s factory in Subang, Indonesia, where women are employed on the lowest possible wages and bribed with petty “benefits” to work away from their maternity leaves.

Celebrity feminism serves as a smokescreen to perpetuate capitalism and a system of oppression which, in turn, accommodates them to exploit people (woman, man, and children alike) in other countries. How is one particular woman earning a massive amount of money communally advancing for all women? What it does instead is that it actively undermines the idea of a pro-women future where all women see their lives enriched and improved. No woman’s ambitions are automatically feminist by virtue of her gender alone.

Feminism is so much more. It is about putting the most deprived among us first, about remaking the society on domestic, sexual and economic levels. It is a lot more than #Metoo and being selective. 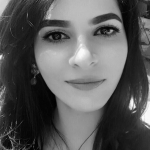 I'm a freelance technical writer with a passion to write on the subjects of cybersecurity, futuristic technology, artificial intelligence, cloud computing, and data science. read more... 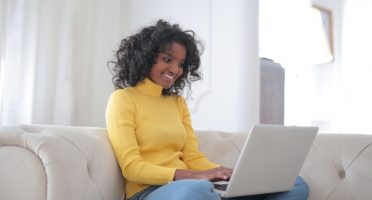 Why Is It Vital For All Women To Know The Basics Of Tech In The Current Scenario?